As Defence Minister, Nirmala Sitharaman Has Herculean Tasks Ahead

Maintaining an inadequate status quo has been the preferred mode of operating in the defence ministry, and many issues fester.

Nirmala Sitharaman signing the register after taking oath as a cabinet minister at Rashtrapati Bhavan in New Delhi on Sunday. Credit: PTI/Kamal Kishore 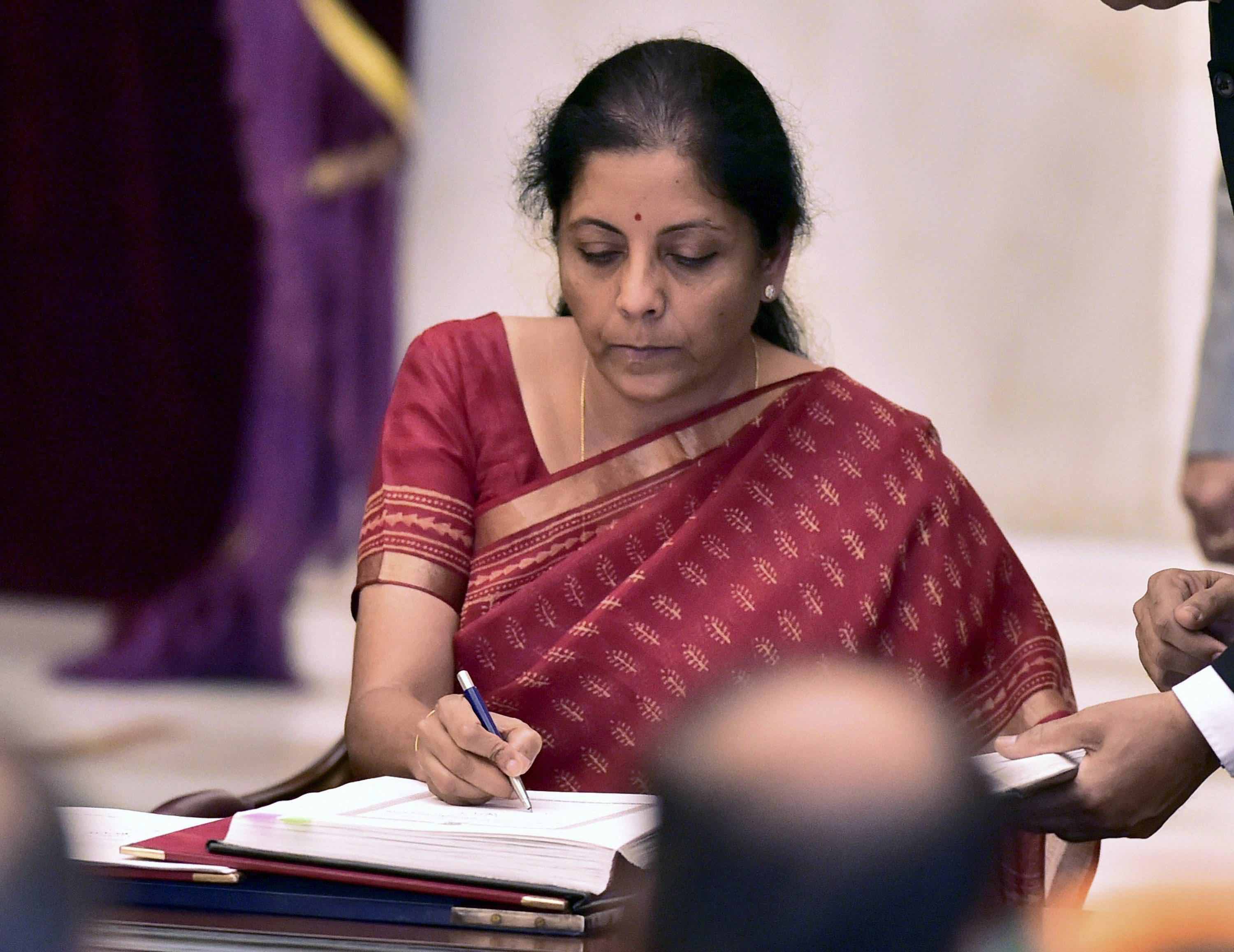 Nirmala Sitharaman signing the register after taking oath as a cabinet minister at Rashtrapati Bhavan in New Delhi on Sunday. Credit: PTI/Kamal Kishore

Elevating Nirmala Sitharaman to full cabinet rank and entrusting her with the onerous charge of the defence ministry is a welcome step and sets at rest the anxiety created by some early reports on Sunday that finance minister Arun Jaitley would continue with the dual charge.

Sitharaman is the 31st defence minister, and will have the distinction of being the second woman to hold the post (after Indira Gandhi, who held the post twice while she was also prime minister). The fact that the new defence minister is a JNU alumnus is only of statistical relevance.

The challenges before Sitharaman are vast, complex and range across a wide spectrum of issues, and she will have a short 20-month period to take them on before the next elections – and this could be rendered even less if the general election is called earlier than scheduled.

Challenges to national security come in different forms and the recent Doklam face-off is only the most visible. From the abiding pattern of state-sponsored terrorism to low-intensity conflict (LIC) and the anxiety generated by weapons of mass destruction, to deterring conventional military threats and national sovereignty and integrity – the Indian defence minister is responsible for all this and more.

The ‘more’ includes a review of India’s higher defence management, spearheading a modernisation drive of the Indian military inventory that will also reduce the existing degree of import dependence and internalising the current techno-strategic changes that are transforming the very nature of warfare – and doing all this within the stringent fiscal austerity imposed on the Indian military machine.

This is not the end of the list. India’s comprehensive national security challenges can no longer be seen as water-tight compartments of ‘external’ and ‘internal’. The overlap and the manner in which one domain shapes the other is most evident in relation to the turmoil in Jammu and Kashmir. Thus harmonising responsibilities at the cabinet level as they currently exist, wherein the home and defence ministries do not tread on each others sensitivities, and also maintain the sanctity of Centre-state responsibilities for law and order is one area of political dexterity.

Many of these issues had been identified in the post-Kargil context, including intelligence reforms and an internal security revamp, when Prime Minister Atal Bihari Vajpayee was leading the NDA-I government. But the structural changes that were required remain suspended in a neither-here-nor-there manner.

The defence ministry has been a lower-order priority for Prime Minister Narendra Modi, and the fact that Jaitley had to hold additional charge of this portfolio twice is illustrative. The big picture for India’s comprehensive national security is bleak and the parliamentary form of government distinctive to India warrants a full-time high-calibre cabinet minister for it.

The analogy that merits recall is how India dealt with its agriculture-food crisis ignominy under Gandhi, and later the economic reforms initiated by Prime Minister Narasimha Rao.

In both cases, the prime minister of the day was ably complemented by two dedicated cabinet ministers – the late C. Subramaniam, who did the heavy lifting in the agriculture-food sector, and former Prime Minister Manmohan Singh, who as Rao’s finance minister, who was both a heat sink and a domain expert for the critically-required economic liberalisation.

What is instructive is that in both cases, the cabinet ministers were ably complemented by highly-accomplished professionals with global competence levels. The goals to be achieved were reasonably well identified and the ‘team’ delivered – whether it was a degree of food sufficiency or modest levels of first-generation economic reforms.

The challenge for Sitharaman is that the scale of the task ahead is vast and opaque – and there is no bench strength similar to the agriculture-economy domains. In short, where are the M.S. Swaminathan and Montek Ahluwalia equivalents in defence?

Some empirical facts have become problems of inheritance – and previous incumbents had neither the time nor the inclination to deal with them. The job calls for 24×7 dedication and as anecdotal evidence goes, defence ministers often spend more time in their home states than in the capital or on the job. One hopes that Sitharaman will be the exception to this trend. 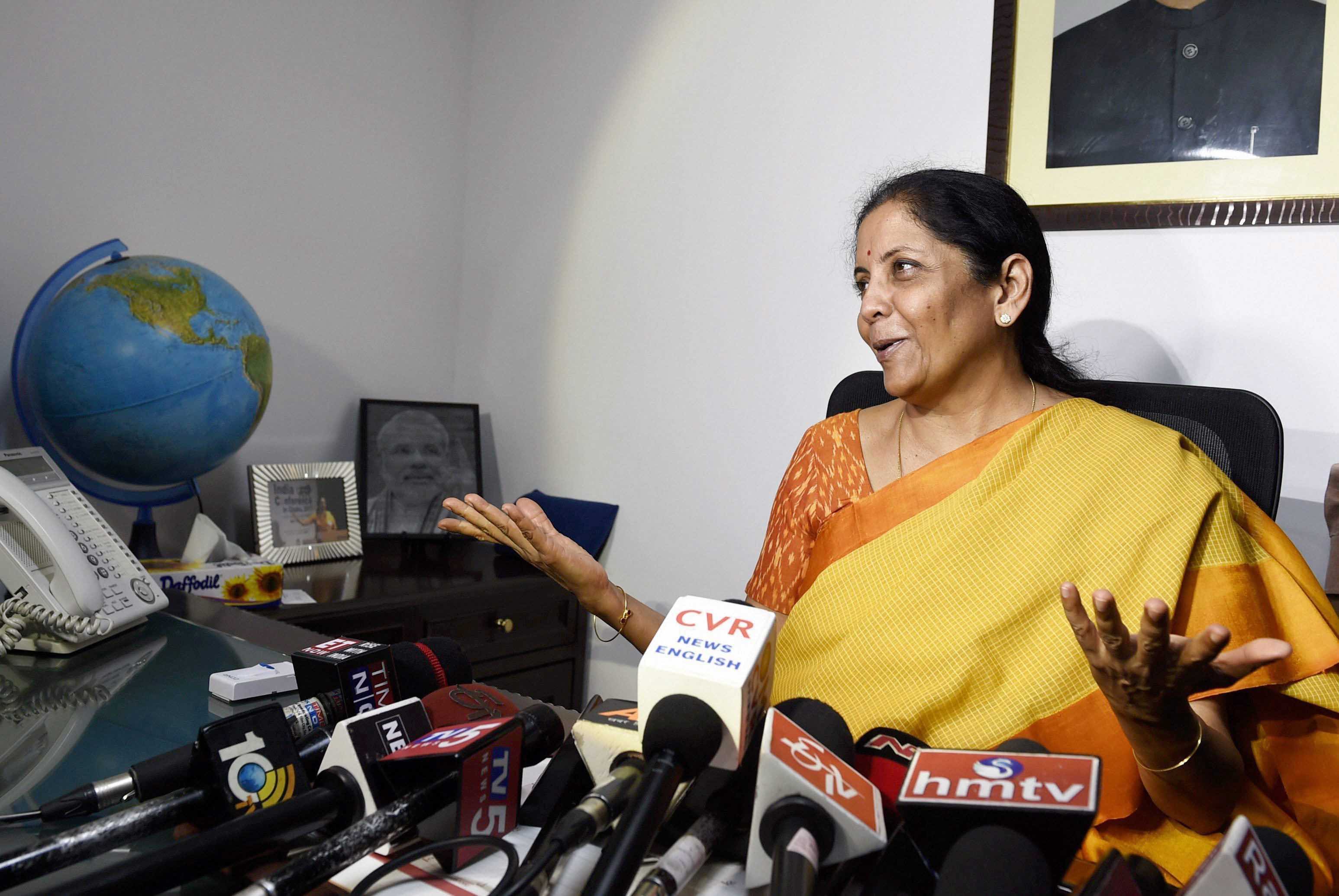 Nirmala Sitharaman addresses the media at her residence in New Delhi after taking oath as a Union Mmnister on Sunday. Credit: PTI/Kamal Singh

The empirical summary is part of the bleakness. India has a standing military of just under 14 lakh personnel, of which the army has the greatest share.  Hence the cost of maintaining this military by way of human resource costs – for both serving and retired personnel – is increasing.  Yet over the last five years, the share of the defence budget for modernisation and inventory is shrinking, and this trend can be corrected only by political intervention at the cabinet level.

Some ontological questions need to asked and appropriate political decisions arrived at such that national security is a consensual issue and not reduced to what it is today – an arid zero-sum debate inside and outside parliament. For instance, the 30-year-old Bofors scandal is yet to arrive at political closure or legal; and the Indian army awaits it replacement 155-mm artillery gun.

Is the current force mix the best way to address emerging challenges from now to 2040? Does military technology offer asymmetric options? If so, can the army’s yet-to-be-consolidated strike corps be reviewed – in as much as the air force’s emphasis on fighter aircrafts or the navy’s balanced fleet approach? How can indigenous efforts be catalysed both for manufacture and R&D? Is the micro, small and medium enterprises sector and academia adequately harnessed for the overall national military and defence effort? Is the current training profile of the Indian soldier adequate? Is the military being marginalised institutionally since there is no dedicated political heavyweight to protect its interests? And this is just the tip of the iceberg.

A host of issues merit dedicated attention from the Indian defence minister and the sad reality is that a holistic review of the challenges to national security has not been embarked upon. Maintaining an inadequate status quo has been the preferred mode and many issues fester. Cleaning these stables is a Herculean task – and one is hopeful that Sitharaman will pick up this gauntlet.