The NIA has been refused further custody of the farmers' leader by its court in Guwahati. 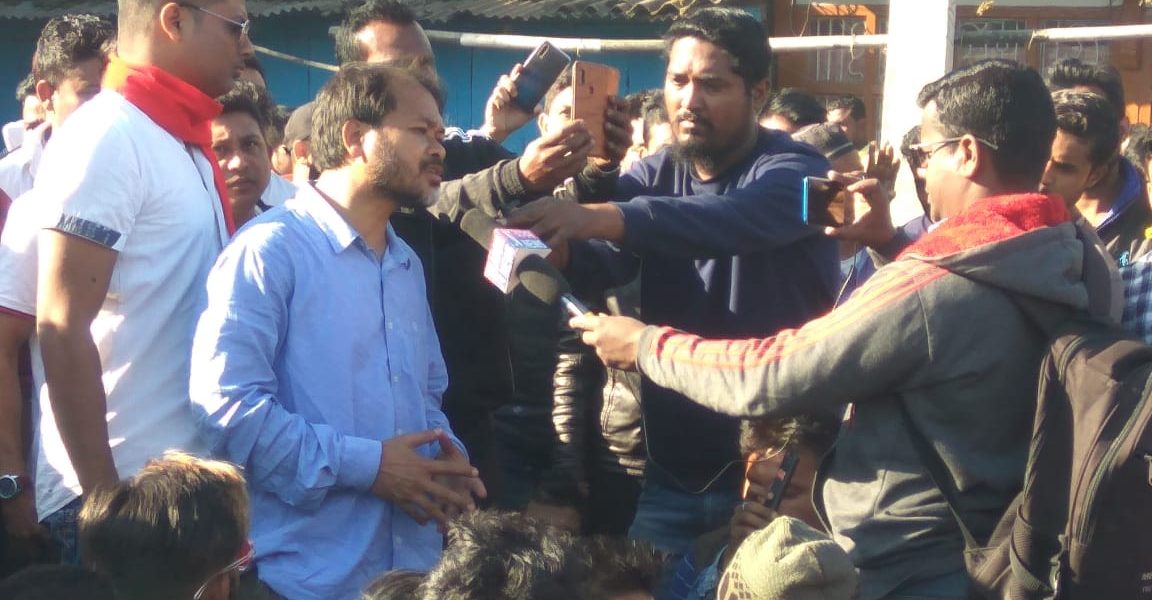 Akhil Gogoi before he was arrested. Photo: By special arrangement.

KMSS has been at the forefront of the public protests against the Citizenship Amendment Act (CAA) in Assam. Gogoi was arrested by state police on December 13 and handed over to NIA the next day.

On December 26, though NIA sought ten more days’ custody of Gogoi, the NIA court in Guwahati refused to allow it and instead sent him to the Guwahati jail for 14 days.

However, on January 7, in a fresh move, the NIA arrested two other KMSS members, Bitu Sonowal, the founding president of KMSS’s student wing, Satro Mukti Sangram Samiti (SMSS), and Dhajya Konwar, the general secretary of KMSS. The duo, like Gogoi, have also been leading protests against CAA in the state.

A KMSS member told The Wire from Guwahati that both Sonowal and Konwar were also held on December 13 by state police but for a case registered against them in the Dispur police station of Guwahati.

“On December 16, they were released by a local court on bail. However, a team of police officials from Guwahati’s Basistha police station yet again arrested the duo at the gate of the local court that day itself. They were to seek bail in that case on January 9 but on January 7, the NIA took their custody from the state police in the same case in which Akhil Gogoi is accused of being a Maoist.”

The case was filed against Gogoi in 2009, during the Congress regime. Like the present dispensation, Gogoi had been regularly taking on the Congress government too. In response to the case filed by the state police based on its report, Gogoi had said that he “is a Marxist but not a Maoist”.

The KMSS member pointed out, “Sonowal, when the case was registered against Gogoi in 2009, was a student, studying in Guwahati’s Cotton College.” Often recalled by his peers as a brilliant student, Sonowal, a native of Tinsukia town of upper Assam, completed his post graduation from the Gauhati University in 2013. In 2012, he was elected the president of the newly born SMSS.

On January 8, NIA produced Konwar and Sonowal at the NIA court in Guwahati seeking their custody. The court granted their custody to the central investigating agency for ten days.

The court, however, had made it clear to the NIA that it would have to inform it if it decided to shift them to its headquarters in Guwahati. According to sources in the state police, Sonowal and Konwar have been kept at the NIA office in Sonapur on the outskirts of Guwahati.

Importantly, Akhil Gogoi, after securing his custody, was whisked out of the state by NIA to Delhi without permission of the court. Gogoi will be presented at the NIA court on January 10.