A complaint was received by the National Human Rights Commission recently, seeking its intervention in the alleged incidents of violation of human rights by the state police. 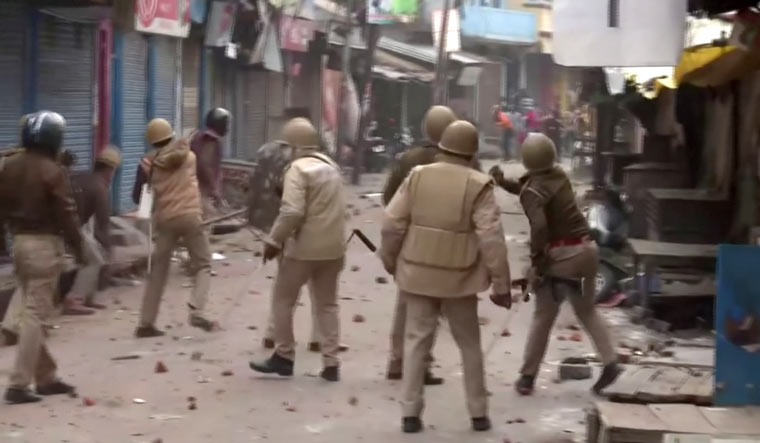 New Delhi: The NHRC has issued a notice to the police chief of Uttar Pradesh after receiving various complaints that allege “violation of human rights” in police action undertaken during the ongoing anti-CAA protests in the state, officials said on Wednesday.

A complaint was received by the National Human Rights Commission recently, seeking its intervention in the alleged incidents of violation of human rights by the state police.

“Other complaints were also received in connection with the matter, which have been taken on record. The complaint was registered on December 23 and subsequently a notice was issued by the NHRC to the director general of police of Uttar Pradesh, seeking a report in four weeks,” a senior official of the rights panel said.

The complainant has alleged that subsequent to the passage of the Citizenship Amendment Act (CAA), “there have been many incidents of human rights violations by the state authorities in Uttar Pradesh”.

“Youth have been killed, Internet has been suspended, and the police themselves are destroying public property. The right to peaceful assembly has also been violated,” according to the complaint submitted to the NHRC.

The complainant has also alleged that in the last few days numerous reports have come from across Uttar Pradesh of several deaths, mostly of youngsters, primarily from bullet injuries sustained during police action, have occurred.

The complaint further alleged that despite policemen saying that the “police officials have not fired, the news reports showing police personnel open firing on the public, proves to the contrary”.

In the complaint, it is also alleged that “police officials have been destroying property of many individuals and have targeted Muslim population by sealing their shops”.