Instead of addressing the inadequacies within the commission, a newly introduced amendment paves the way for its politicisation. 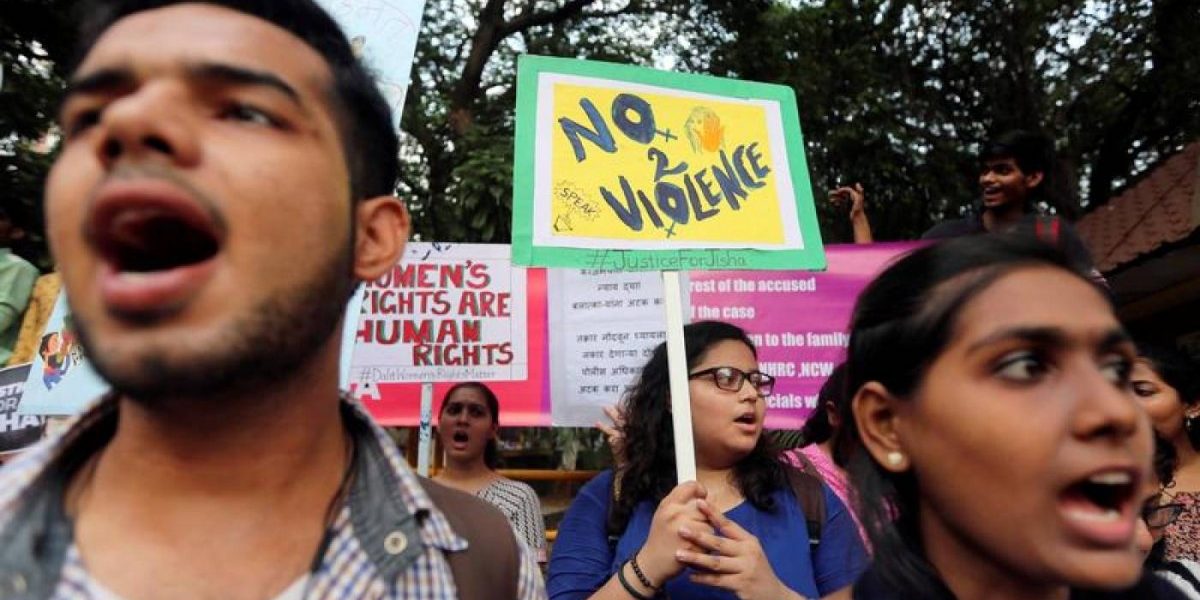 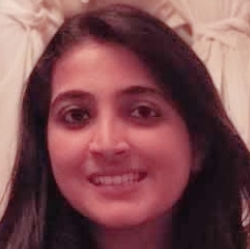 As the Modi government commences its second term at the Centre, concerns over attacks on the independence of key institutions in India continue to rise. The overarching political interference with the pillars of a republic has resulted in a credibility crisis for the autonomous bodies, stalling the realisation of their mandate.

Amidst the desperate quest for space for their democratic functioning, by key institutions within the country, the passing of the Protection of Human Rights (Amendment) Bill, 2019 has compromised the autonomy of yet another institution – the National Human Rights Commission (NHRC) and the State Human Rights Commissions (SHRC) – against state excess. Owing to its sweeping support in both houses of parliament, the BJP-led government managed to easily pass the Bill, ignoring the precarious consequences of encroaching upon independent institutions.

The NHRC, established in 1993 in furtherance of the adoption of the Paris Principles, was denied A-grade accreditation in 2017 by the Global Alliance of National Human Rights Institutions (GANHRI) sub-committee on accreditation (SCA) due to a poor track record and rising political interference.

After the SCA making an exception, it marked the first time a country managed to get the accreditation back merely on proposal and commitment towards complete compliance with the Paris Principles. The Protection of Human Rights Amendment Bill, 2019 as passed by the Rajya Sabha on July 22, 2019, was supposed to be a step towards the said commitment.

However, instead of addressing the inadequacies within the commission, the newly introduced amendment paved the way for amplified politicisation of the body. This is not only predicted to have undesirable fallouts in its working but also attract massive embarrassment from the international community.

The outline of the new provisions, brought about by the amendment Act, is not novel. In 2006, similar amendments were proposed and rejected by the 108th Standing Committee. Even 13 years earlier, the proposed Bill came with a caveat of additional criteria for eligibility to the post of chairmanship, set at a minimum of three years of service as a judge to Supreme Court. Despite, its rejection back then by the Standing Committee, the government today has managed to pass the amendments, dropping out an essential caveat. 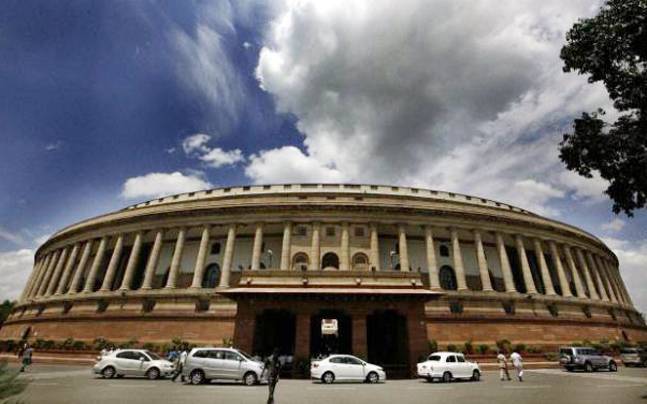 The Bill was easily passed in both houses of parliament.

Office of the chairperson

This broadened eligibility criteria for the post of chairperson of the NHRC attracts suspicion regarding the intentions of the government. While earlier, the post was limited to retired Chief Justices of India, the amendment Act makes any retired Supreme Court judge eligible for appointment. Home minister Amit Shah justified this change, using the ‘first amongst equals’ argument – a move intended to ensure that the post doesn’t go vacant.

However, data received from an RTI filed by a network of NGOs show no record of denial of the post of a chairperson by any former Chief Justice of India. As far as vacancies for chairpersons of the SHRC are concerned, there have been multiple instances of chief justices from different states assuming chairpersonship in an SHRC elsewhere. However, instead of resorting to such obvious arrangements, the government has, clothed its vested interest, and sold this as a solution to address vacancies.

Concerns do not loom over the functional differences between the post of the Chief Justice of India and a Supreme Court judge. Rather, it is a stealthy manoeuvre by the government, to increase its discretion and interfere with the working of the commission. It is only irrational to assume that with so much at the disposal of the commission, the ruling government wouldn’t hand-pick pliant men to serve on the body. With the current government’s inclination towards nepotism, the provision is vulnerable to gross misuse, sabotaging the mandate of the commission.

The high status of the commission requires that, if at all it is to be headed by a member of the judiciary, it shall be no one other than a Chief Justice of India. Broadening the scope in any manner will create another platform for internal conflict and unhealthy competition amongst the many Supreme Court judges.

Diversity and plurality in the composition of the National Human Rights Institutions (NHRIs) is one of the founding principles set out by the Paris Principles. In 2017, while deferring re-accreditation for India, the Sub-Committee on Accreditation (SCA) reiterated its earlier concerns about the composition being tied to the senior-judiciary level. It specifically noted that the quasi-judicial functions of the commission are only one in twelve, thus the commission needed to branch out its potential pool to include civil societies and NGOs working in the field of human rights.

Also read | Even Under Attack, India’s Democratic Institutions Are Pushing Back

The present amendment Act, however, has failed to diversify the commission, offering token representation to women and reserving only one seat amongst the non-judicial members. In 2017, the SCA cited the fact that only 20% of the staff at the NHRC comprised of women and criticised its selection process.

An analysis of the annual reports of the NHRC reflects a steep rise in the pendency of human rights violation cases, with 40,766 cases pending in 2015-16. Among the cases disposed of, 50% were discarded on procedural grounds. With this heavy-caseload setting the context, the numerically tied composition of the commission seems scanty.

Not only does it overburden the commission, but it also reduces the possibility of including religious, ethnic, linguistic, cultural groups and marginalised sections like Scheduled Castes (SC), Scheduled Tribes (ST), LGBTIQ+, etc. Lack of representation from the communities which are most vulnerable to such violations than any other is running in complete contradiction to the pillars of diversity and plurality.

Reduction in tenure of members and chairpersons

The already toothless tiger is now being tongue-tied by a five-to-three year tenure reduction for chairpersons and members. The government failed to come up with any justification for this change. However, it is evident that beneath the veil of compliance, all that is being done is the enhancement of government control. Shorter terms and chances for re-appointment only increase the scope for government appeasement.

Also read | The BJP Is Killing Our Institutions

A three-year tenure allows the swift removal of members by the appointment committee – dominated by the party in power – making it just ‘another government institution’. This provides another canvas to the government to exercise its unfettered discretion in an entirely unsolicited domain.

To accustom oneself with the working pattern of the commission and be able to efficiently contribute, a three-year tenure is highly insufficient. Frequent alterations in the composition will only bring down its productivity and efficiency. Much has been said concerning giving more ‘teeth’ to the commission, by enhancing its scope of work. With the functions of the statutory commission being extremely limited in scope, a recurring change in the composition will only result in debilitated adeptness and output. 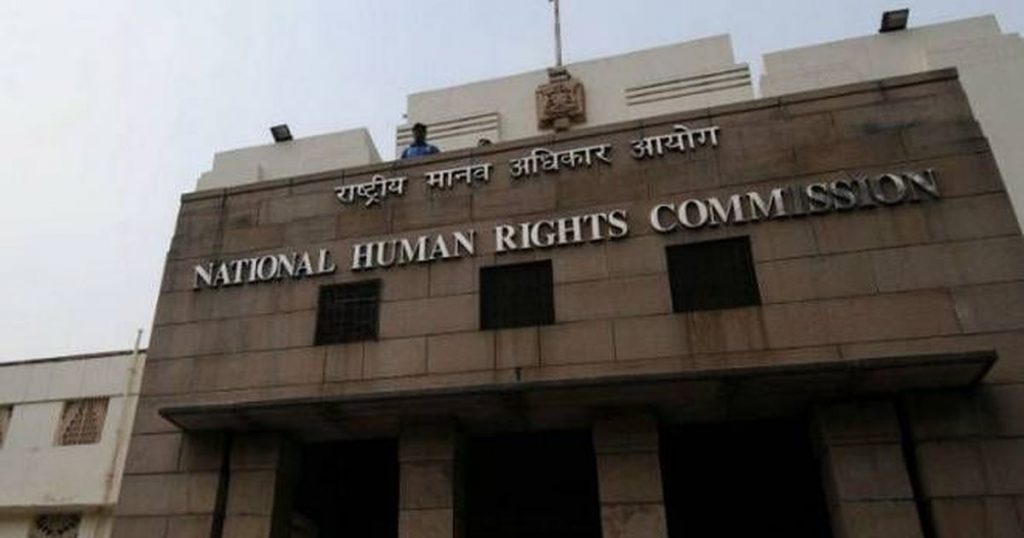 No teeth for the toothless

In 2017, the Supreme Court observed that:

“Considering that such a high powered body has brought out its difficulties through affidavits and written submissions filed in this court, we have no doubt that it has been most unfortunately reduced a toothless tiger.”

Despite strict observations made by the apex court in the country, the government has displayed complete ignorance towards issues marring the commission. It has simply bulldozed the bill, without any proper debate or public consultation, through this parliamentary session. With an unprecedented rise in allegations of human rights violations against the state, the vision should have been towards increasing transparency and detaching the ties of the commission from political influences, in whatever manner possible.

Instead, the government has toyed with the structure of the commission to meet political motives and be another pawn in the army of the powerful. In the age of human rights and rising international conscience for the same, the step India needs to take is towards the establishment of a human rights court, which would not only help to take down the heavy-load of cases but also provide for speedy resolutions at the grassroots level. In the sovereign socialist secular democratic republic that is India, the degrading condition of its human rights institutions is nothing short of appalling.

With continuous political attacks on the functional autonomy of the commission, the toothless tiger will soon be reduced to a puppet of the powerful. If the country is in fact committed towards the ‘better protection of human rights’, it is necessary that the commission be distanced from governmental and bureaucratic interference.

As an NHRI of a country, with a diverse population of 1.2 billion people, it should surely not be as susceptible to influence and control as it stands today. Having already clamped down on the resources of the civil society, NGOs and human rights defenders in the country, the BJP-led government has now turned towards devouring the NHRI of the country. With allegations of rights violations rising against the state, it seems paradoxical for the government to further dilute the impartiality of the commission.

Shrutika Pandey is a graduate from the National Law University, Ranchi and is currently working as a Litigation Assistant with Human Rights Defenders Alert-India in New Delhi.