Haring a plea filed by the Delhi government, the tribunal asked statutory authorities to look into the matter. 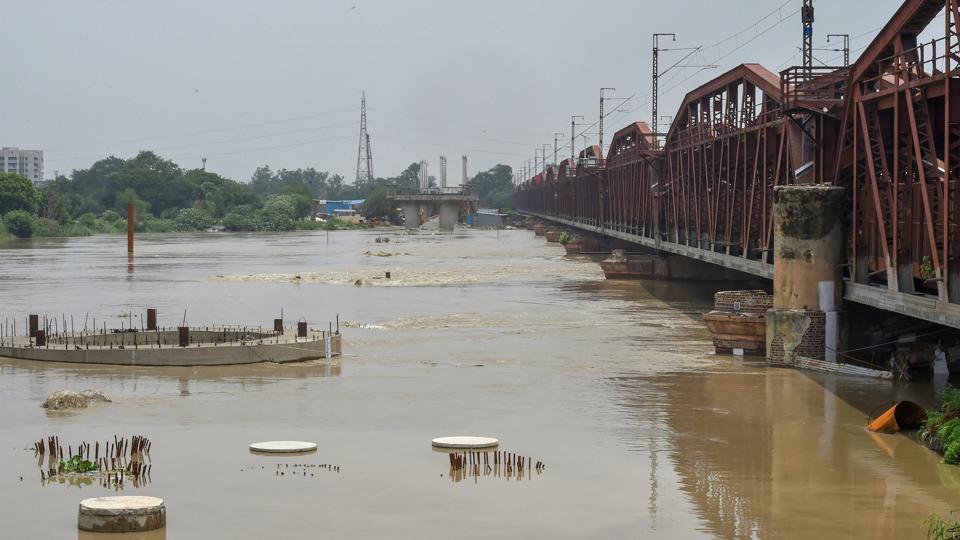 The Yamuna river swells as its water level rises near the Old Bridge, in New Delhi on Sunday. Credit: PTI

New Delhi: The National Green Tribunal has refused to pass an order on a plea by the Delhi government seeking its nod to create reservoirs on Yamuna floodplain and asked statutory authorities concerned to look into the matter.

A bench headed by NGT chairperson Justice Adarsh Kumar Goel said the NGT has no objection to any legitimate project which does not interfere with the rejuvenation of Yamuna and protection of its flood plains.

“The tribunal, however, can express no opinion on merits of any particular project. Merits of such projects have to be gone into by concerned statutory authorities in accordance with the laid down procedure,” the bench said.

The tribunal was hearing a plea filed by the irrigation and flood control department of the Delhi government for creation of water bodies or reservoirs in Yamuna floodplain by retaining excess flood water of the river Yamuna during the monsoon season for recharging the groundwater from Palla to Wazirabad.

Also read: Environmental Issues Zoom out of Focus in the Budget

The plea said the proposal has been approved by the principal committee constituted by this tribunal, subject to conditions, including that the proposal would be carried out as a pilot project at one location only to study the techno-economic viability and to identify the quantum of the ground water recharged.

“Removal of silt to be carried out in a regulated and limited manner, so as to keep the morphology of the river undisturbed. Sufficient safeguard needs to be built for implementation of the project to ensure that no misuse takes place through unauthorised activities such as extraction of sand and other natural resources,” read one of the conditions imposed by the committee.

The petition also claimed that the project will not disturb the main direction of this tribunal for rejuvenation of the Yamuna and is to be executed subject to the conditions imposed by the committee.