While nobody can doubt the need for accountability, the manner in which the rules were created raises legal questions while the overarching logic of the substance is confusing. 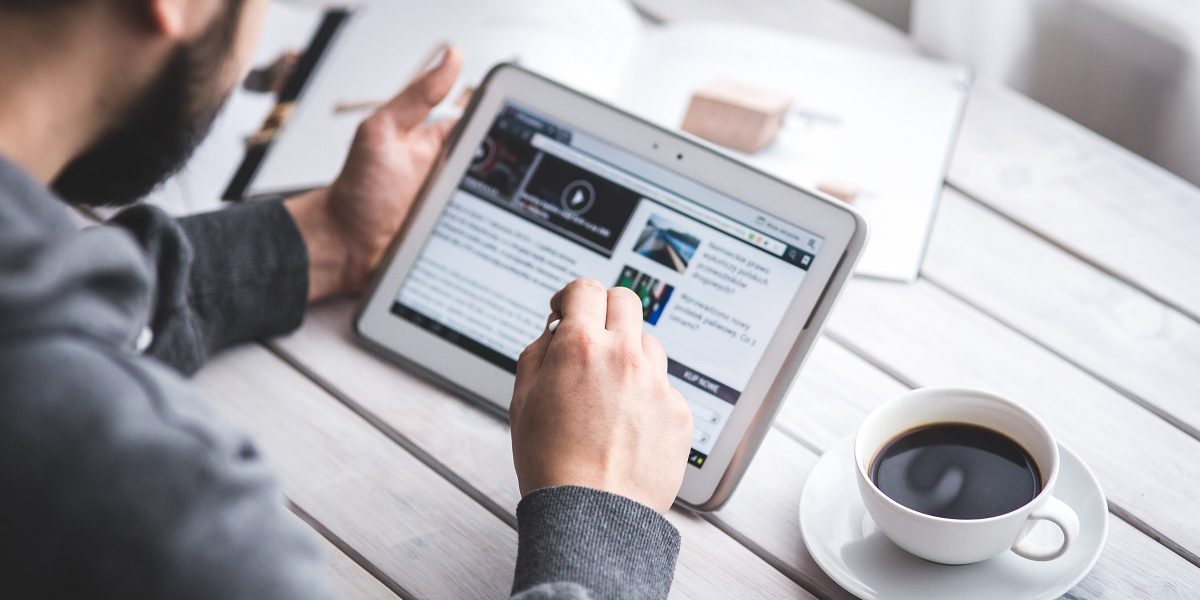 Representative image of a man using his table to read news. Photo: Kaboompics/Peels

An over two-year-long process that was primarily meant to make the content moderation processes of Silicon Valley’s social media giants more responsible has cast a broad regulatory net over seemingly unrelated issues that have plagued the Narendra Modi government for the last six years.

Both digital media platforms and over-the-top (OTT) or streaming services are now subject to official government oversight through a self-regulation grievance redressal model that mixes and matches parts of actual laws that govern the Indian print and broadcast media.

The new ‘Digital Media Ethics’ code basically creates a three-tier system where any upset Indian citizen can complain about potential violations. The decisions on these reader or viewer complaints move up through the three-tier appeal system. The final word on the offending content, whether put out by a streaming service or a news website, is taken up by an inter-departmental government committee that will be in turn set up by the information and broadcasting (I&B) ministry. This committee has a range of penalties at its disposal, the most lethal of which is the power to remove the content in certain number of limited circumstances pertaining to public order.

After the rules were announced earlier this week, they sparked sharp criticism from many constitutional experts.

“How can the press and entertainment forums be regulated by the same oversight mechanism which answers to the Executive? Where is their separation of powers… This is a conflation of all speech in the country. It is a violation of separation of powers as envisaged by the Constitution and it will impinge on any ability to express yourself artistically or hold the government to account as press. We have never seen this conflation in the history of India before,” lawyer Menaka Guruswamy said in a recent discussion.

Also Read: Explainer: How the New IT Rules Take Away Our Digital Rights

Experts have questioned both the manner in which the rules have been framed and their substance. For the former, the new system has been created through a process that has been criticised on two counts.

Firstly, the new regulatory diktat does not come through a law passed by parliament – which has been the case with the print media (Press Council Act) or broadcast media (Cable Television Networks (Regulation) Act, 1995) – but instead has come about by expanding the intermediary guidelines of the IT Act 2000, a move that most experts believe wrongly expands the ambit of the Act beyond its original intentions.

“The purview of the Information Technology Act, 2000 does not extend to news media, and so the guidelines do not have the legislative backing to regulate news media…This makes these guidelines a camouflaged way to indirectly regulate online news media by bringing these platforms under the aegis of the Information Technology Act, 2000 instead of following the due process of parliamentary scrutiny and subsequent legislation,” Apar Gupta, executive director of the Internet Freedom Foundation, a New Delhi-based think-tank for digital rights, said recently.

Secondly, the ethics code has been passed and effectively given the force of law without hearing or holding any consultation with actual stakeholders within the Indian digital media ecosystem.

At a press conference earlier this week, I&B minister Prakash Javadekar professed ignorance and cited a lack of information about digital media players when asked why there was no industry consultation, a process that is universally recognised as the hallmark of good governance and democratic policy-making.

In an interview with the Indian Express, I&B secretary Amit Khare defended this lack of consultation, saying there is little need for one since Indian news websites are simply expected to follow the code of ethics that their print and TV counterparts are already doing.

“We don’t think anyone will object to that. There is no new obligation on them,” Khare told the newspaper.

Indeed, one of the Modi government’s primary defences with regard to the new rules for OTT and digital media platforms has been how it provides a “level playing field” for all types of media stakeholders. This logic was trotted out last year as well, when the Centre introduced a 26% FDI cap for digital media, a confusing policy move that opened its own can of worms and prompted at least one prominent digital media publication to shut down its Indian bureau.

That said, it is important to look at two claims here, both of which are connected. Firstly, does the Digital Media Ethics code provide a level-playing field for print, broadcast and digital players? And secondly, is there no “new obligation” for OTT and digital players as a result?

Media reports indicate that OTT and streaming services have already raised concerns over the most obvious question – why is there no explicit role for industry players in the second tier of the new grievance redressal system?

According to the new rules, if a reader or viewer is not satisfied with the way a digital media publisher or streaming platform has dealt with her grievances, they are allowed to escalate it to a “self-regulatory” body – an independent entity constituted by publishers or their associations.

In other words, the tier-2 ‘self-regulatory’ system has no fixed representation for publishers or streaming platforms themselves!

This is not the case with how India’s print news or broadcast industries carry out self-regulation. For instance, the Broadcasting Content Complaints Council (BCCC) of the Indian Broadcasting Foundation is headed by a retired judge and has non-broadcast stakeholders, but also has a specific amount of broadcaster members.

The Press Council of India, which regulates newspapers, has MPs from the Rajya Sabha and Lok Sabha as its members, but 13 of the total 28 members are working journalists (editors and non-editors).

The News Broadcasting Standards Authority (NBSA), under the News Broadcasters Association, does the same for news channels. The composition of NBSA includes an eminent jurist as the chairperson, four eminent persons having special knowledge and/or practical experience in the various fields, but also has four eminent editors employed with broadcasters.

One prominent OTT player, speaking on condition of anonymity, told The Wire that the current rules looked like a “government attempt to regulate self-regulation”.

The more you consider the government’s defence of a level-playing field, the more contradictions appear.

For instance, the Press Council Act, 1978 allows no scope for the government to directly ask an Indian newspaper to take down or remove content. But for digital media publishers, a government panel can now directly censure a website or decide to remove content to prevent a “cognisable offence relating to public order”.

Also Read: New IT Rules: The Great Stretching of ‘Due Diligence’ Requirements Under Section 79

Initial apprehensions raised over the emergency blocking powers given to the I&B ministry as part of the Digital Media Ethics Code prompted a response by the Centre yesterday, which defensively stated that this was not a “new provision”.

“For the past eleven years, since 2009, this provision has been exercised by the Secretary, Ministry of Electronics and IT under the Information Technology (Procedure and Safeguards for Blocking for Access of Information by Public) Rules, 2009,” a government release noted.

“Under the rules issued on 25th February, 2021, this provision has only been replaced with Secretary, Ministry of I&B because Part III of the Information Technology (Intermediary Guidelines and Digital Media Ethics Code) Rules, 2021 would be administered by the Ministry of Information & Broadcasting.”

This may be true, but is also an obfuscation, because there has been so far no publicly documented instance of Section 69A of the IT Act being used to remove a news article or media report. The new rules specifically pave the way for restrictions to be placed on the media if needed.

“Clarification is an eyewash. Power under 69 A has been amplified and diversified, besides enabling pervasive control of the state, triggered upon the slightest complaint or even without any complaint,” a senior legal expert told The Wire.

In other words, news websites and streaming services are now subject to broad censorship powers of the kind that the I&B ministry wields over TV channels for violating the programme code of the Cable TV Act. Therefore, when it comes to government oversight, digital media and OTT players are being treated similar to TV channels and not newspapers. 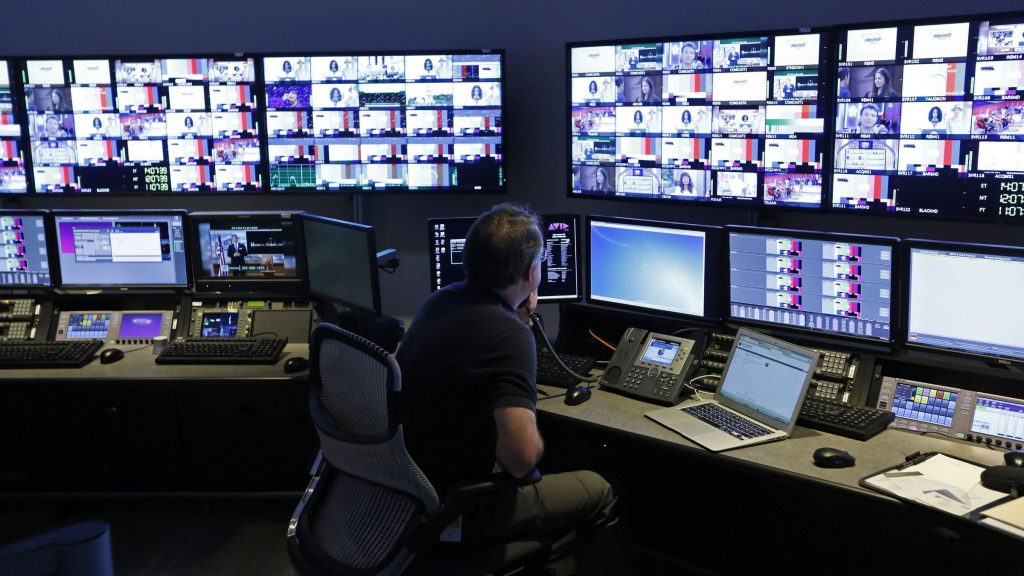 This would be fine if it didn’t raise yet another contradiction. When it comes to the amount of foreign direct investment (FDI) that the Centre is comfortable in allowing, digital media players are clubbed in with newspapers in having a 26% cap. Broadcasters are allowed to function with a more roomy 49% ceiling.

But when it comes to censorship, digital media players are treated more like TV channels. How does one reconcile with the government’s stated intention to bring in a level-playing field? And how can this be justified, especially when there has been a lack of consultation with digital media stakeholders?

Both the FDI and new content regulatory rules raise a final question – does this country benefit from fewer news outlets that specifically serve Indian users? The idea that limits on foreign investment or government oversight for offensive content can work to create an accountable and conducive news media environment may seem attractive and even useful in an age of misinformation and fake news. But if the balance is tipped too far in favour of government control, as it is now, it can be short-sighted and cancerous for the free flow of information in a democracy.