A roundup of news from the Northeast this week. 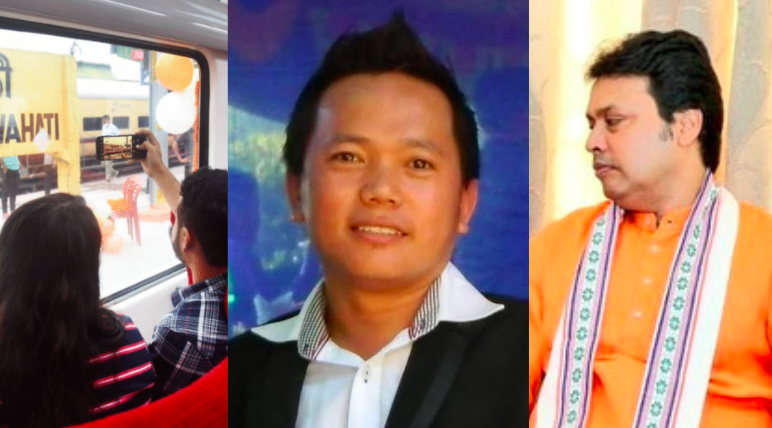 Sikkim chief minister Prem Singh Tamang Golay‘s political secretary and the spokesperson of the ruling Sikkim Krantikari Morcha (SKM), Jacob Khaling, have found himself in the midst of a controversy after a civil society organisation, Sikkimey Nagarik Samaj (SNS), released to local media a purported complaint letter mailed to Sikkim Police by a woman, accusing Khaling of molesting her at his residence.

SNS spokesperson Passang Sherpa, at a press meet held in Gangtok last week, had said that the letter FIR was posted to SP (East) by the woman on July 6. The incident, as per the letter FIR, had taken place at Khaling’s official residence at the VIP Colony in Gangtok on November 11, 2020. 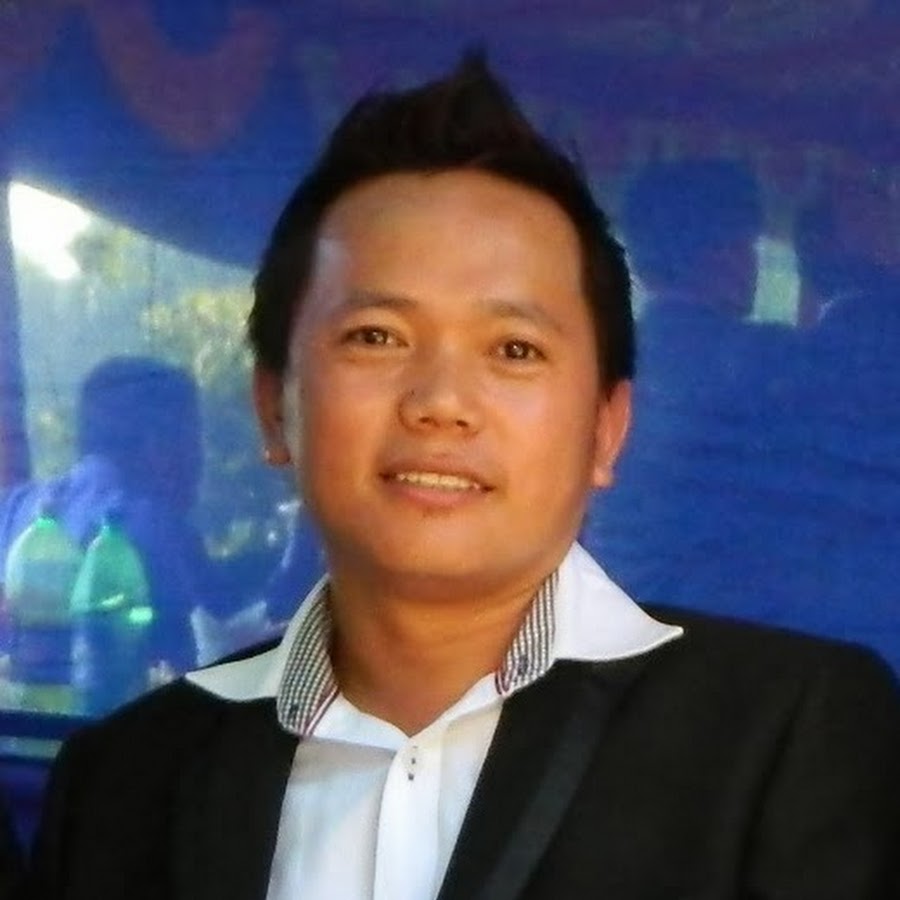 Khaling, addressing reporters in Gangtok on August 24, dismissed the allegation of sexual assault, claiming that he was not present in Gangtok on that day. He shared with journalists newspaper clippings where it was mentioned that he attended a party event at Soreng on November 11, 2020. He also showed video clips featuring him from that day. As per local reports, Khaling said he would file a defamation case against SNS office bearers within a week.

Stating that he had already filed a police complaint against the top office bearers of SNS – Passang Sherpa, Bharat Basnett, Tseten Tashi Bhutia and Sonam Sherpa – at the Gangtok Sadar police station, the SKM spokesperson said, “My complaint was recorded as a general diary (input) as complaints of such nature has to be made in the court. Within this week, I will go to the court and seek strictest possible punishment against them. I will consult with my legal team regarding what punishment and damages I should seek. The SNS may claim that they did not name the victim but such feeble grounds would not save them.”

He said the allegation was brought to tarnish his public image.

A day before Khaling’s press meet, the woman also held a press conference in Gangtok and called the letter FIR “fake” and demanded the arrest of SNS office-bearers.

“The FIR and its contents which were posted to Sikkim Police with my name are false and fake. Even the signature used in the said letter is not my signature,” she said. She also told reporters that though SNS did not disclose her name at the press meet, the purported letter went viral on social media, revealing her identity, as her name was mentioned in it.

Significantly, the SNS spokesperson, in the press meet last week, had said that the victim in the letter FIR had stated that the accused had “threatened” her and it, therefore, took her some time to report the matter.

As per a Sikkim Express report, Passang said, “The victim had gone to the Gangtok Sadar police station to lodge her complaint on July 5 but shockingly, no action was initiated by the police as the accused is a person holding a high post in the government. The victim was kept waiting by the police and no immediate action was taken. On July 6, she sent her letter complaint to the SP (east). Even then, no action was taken against the accused who should have been immediately arrested. However, no action is visible even after one month of the complaint.”

He had said, “The Sikkimey Nagarik Samaj demands that the accused should be dismissed from his post till investigations clear him (of) from the allegations. It would be injustice to have a person holding a post so close to the state head. Police should also take up the complaint seriously and initiate action.”

A day after Khaling’s dismissal of the allegation, the opposition Sikkim Democratic Front (SDF)’s Cheli Morcha demanded a judicial inquiry into the matter. As per local reports, the SDF women’s wing vice president Sakun Gurung said, “The police investigation has not been satisfactory. We do not trust the police as they only take immediate action when it is related with opposition party but when it is a case involving the modesty of a woman and a senior leader, the police simply claims the letter is fake and closes the case. We request the State government to form a judicial committee headed by a retired judge under the supervision of the High Court of Sikkim to enquire into the matter.”

Khaling’s party, SKM, is an ally of the BJP and a part of the North East Democratic Alliance (NEDA).

Today, August 28, onwards, the Indian Railways will run Vistadome coaches in one route in Assam with an aim to boost tourism.

In these, air-conditioned, chair car fitted, tourist special coaches will have glass roofs and large windows aimed at providing passengers with a 360° view of the natural vista that they will be passing through. This is a first in the Northeast.

As per news reports, Northeast Frontier (NF) Railways will run the coaches from Guwahati to the scenic Dima Hasao district in upper Assam with tickets priced at Rs 1,150 each. As per Anshul Gupta, general manager, NF Railways (Guwahati), the coaches will be wi-fi enabled, will have observation lounges, rotational seats and a digital entertainment system.

CCTV cameras have been fitted along with fire alarms for passenger safety.

Now, enjoy the natural beauty of the Dooars area in the foothills of the Himalayas in Vistadome Coach.

The train service, to be run on Wednesdays and Saturdays at 6.35 am from Guwahati, would cover the 269 km distance in five hours. It will halt only at Maibong and Manderdisa stations in Dima Hasao district. Starting at 5 pm from Haflong, Assam’s only hill station, and reach Guwahati by 10.45 pm.

Aside from this route in Assam, the NF Railway has also started from today a similar coach for tourists through the tea-garden lined New Jalpaiguri-Alipurduar junction in North Bengal.

The German made Vistadome coaches were introduced by Indian Railways in some regular routes since 2020. The tourist specials are additional service meant for sightseeing with comfort. As per reports, the routes in which the Railways have already fitted Vistadome coaches to trains are Dadar, Madgaon, the Araku Valley, the Kashmir Valley, the Kalka Shimla Railway, the Darjeeling Himalayan Railway, the Kangra Valley Railway, the Matheran Hill Railway and the Nilgiri Mountain Railway.

Seven districts of Tripura are in the top ten from among 103 districts picked from the Northeast to monitor Sustainable Development Goals (SDG).

The SDG Index, put together by Niti Aayog in collaboration with the DoNER ministry, has measured the progress of a district on achieving SDGs which include levels of poverty, hunger, health, education, clean water, sanitation, gender equality, economic growth and clean and affordable energy.

Released on August 27 by the Union government-run think tank and planning body along with the DoNER ministry, the first edition of the North Eastern Region District SDG Index Report and Dashboard 2020-21 had named East Sikkim district at the top of the list. Yet another district which featured in the top ten of the Index from the state is South Sikkim.

While no district of Assam from among the 103 districts featured in the top ten list, among the worst were Kiphire and Zunheboto in Nagaland and Kra Daadi in Arunachal Pradesh. Among the bottom ten districts, six were from Nagaland, one from Meghalaya (North Garo Hills) and three from Arunachal (Shi Yomi, East Kameng and Kamle).

Rajiv Kumar, NITI Aayog vice chairman, releasing the report, said, “The North Eastern Region District SDG Index is an important milestone in our SDG journey aimed at leaving no one behind and will strengthen SDG localisation, by putting the districts, especially in our eight Northeastern states, at the forefront of SDG adoption, implementation, and monitoring.”