A roundup of news this week from India's Northeast. 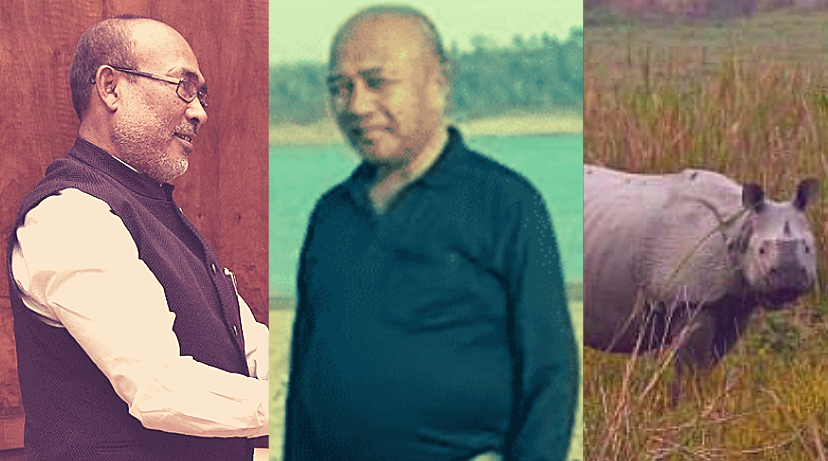 In the early hours of August 13 (Friday), a founding member and former general secretary of the banned armed group Hynniewtrep National Liberation Council (HNLC) – Cherishterfield Thangkhiew – was gunned down at his residence in Shillong following an ‘encounter’ with police, local reports said.

According to news reports, the 56-year-old Thangkhiew was killed during a joint raid carried out at his house in Shillong’s Mawlai-Kynton Massar area around 2.45 am by the police of East Jaintia Hills and East Khasi Hills. The raid is said to have a connection with an IED blast that had taken place in Shillong’s Laitumkhrah area on August 10 (Tuesday), which had injured two persons, including a woman.

In July this year, there was another blast at the police reserve barracks located at the East Jaintia Hills district headquarters office and was suspected to have been carried out by HNLC militants.

Quoting police sources, an East Mojo report said, “As soon as the (police) team entered (Thangkhiew’s) house, he attacked the team with a knife and the police subsequently opened fire in retaliation. He was injured in the firing and was taken to a hospital (Shillong Civil Hospital) where the doctor declared him ‘brought dead’.”

The report said police seized a 9 mm pistol, a knife, a laptop and a number of mobile phones from his house aside from arresting two of his associates.

Important Update regarding the recent IED explosion in Laitumkhrah.

An operation was launched in the early hours of 13th August to arrest one Cherishterfield Thangkhiew and his associates, who attacked the Police team in an attempt to escape. pic.twitter.com/NGvhjojLuv

The Shillong Times, quoting a statement issued by the HNLC general secretary-cum-publicity secretary Sainkupar Nongtraw, said, “Thangkhiew was being used by the Intelligence Bureau (IB) and special branch (SB) to mediate with the members of the banned outfit.”

Nongthraw said, “The letter which we have sent to IB and SB was through Thangkhiew.” He claimed that Thangkhiew was “threatened by a surrendered HNLC cadre, Herman Pakyntein, accusing him of planning the killing” along with the police. The report said that he had denied that Thangkhiew was anyway involved in the activities of the outfit, stating that he was only acting as a mediator between the outfit and the intelligence agencies.

Thangkhiew had surrendered to the Conrad Sangma government in October 2018. He had joined militancy in 1987 and was a part of the first militant group in Meghalaya, HALC (Hynniewtrep Achik Liberation Council).

HNLC was born in 1997 after HALC was disbanded. Like several north-eastern rebel leaders, Thangkhiew too was hiding in Bangladesh for several years and had returned to the state in 2018 to surrender to the state government.

Meghalaya Police has said it would soon issue a statement on the killing.

The Manipur Human Rights Commission has directed the N. Biren Singh government to provide police protection to two RTI activists of the state following their pleas in local media that their life might be in danger.

The Commission had taken suo motu cognisance of recent news reports which stated that the two RTI activists from the state’s Senapati district – P. Johnson Samo and P.R. Amose – had been living in hiding for over a year. This was after seeking information through RTI from the autonomous district council of Senapati on how the central government’s funds allocated to it since 2015 had been spent. 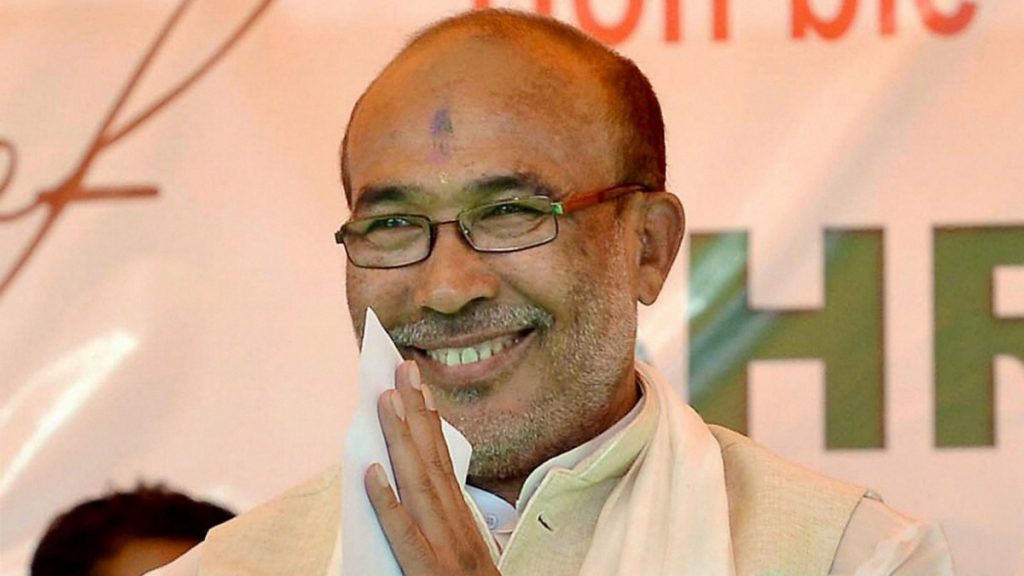 As per reports, the duo, in an open letter on July 17, had stated that they had been on the run from the local leaders of the National Socialist Council of Nagaland (Isak-Muivah)  [NSCN(IM)]  for seeking the particular information. The RTI applications were filed following allegations of embezzlement of funds by the chief executive officer of the tribal council along with four others.

As per a report in The Hindu, “The duo said two NSCN (I-M) leaders of the region – K.V. Sounii and Puni Mao – issued ‘orders’ asking them to withdraw their RTI applications or face stern action that ‘amounted to death threat’.”

The RTI activists, in that letter, had claimed that the NSCN (I-M) cadres had kidnapped and tortured a fellow RTI activist from the district, Kh. Enoch, and released him only after the family paid a considerable sum as a fine. They also named another local RTI activist, Dalounii, aside from 28 others from the district itself who were fined too for a similar ‘audacity’.

Both the activists had sought the government’s help in that letter and appealed to all “right-thinking” citizens to spare a thought to “why they are being hunted”. They claimed they could be killed after the COVID-19 restrictions were relaxed.

In May, these activists, along with another RTI activist S.P. Benjamin had written to Poumai Naga Union, the apex body of the community seeking support in the matter. It led some civil society members from the district to write an open letter seeking justice for the “victims of unlawful abduction, harassment and threat” by NSCN (IM).

The Commission, on August 12 (Thursday), asked the state director general of police and special secretary (home) to ensure the safety of the RTI activists and provide them a place of safety. A report in the Imphal Free Press said the commission has asked both the senior officials to submit their replies on the matter by August 16.

The Kaziranga National Park and Tiger Reserve (KNP &TR) of Assam, globally feted for being a sanctuary to the one-horned rhino, has become the first national park in the country to equip its forest guards with satellite phones as an anti-poaching measure.

According to news reports, citing park officials on August 11, the decision was taken at a meeting chaired by state chief minister Himanta Biswa Sarma on May 27, following which the state chief secretary Jishnu Barua handed over the Kaziranga forest staff ten satellite phones. Officials said the phones have been procured by the state Disaster Management Authority at an estimated cost of Rs 16 lakh. The service would be provided by Bharat Sanchar Nigam Limited (BSNL), the bill for which would be footed by the park authorities.

Reports said the BSNL personnel would train the forest staff to handle the phones. These phones are not permitted to be used without governmental permission. 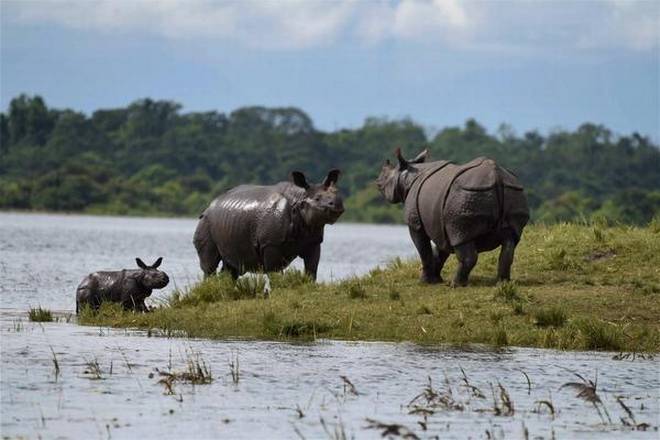 The news reports said the phones would be used in all the six ranges of the national park which have no wireless or poor mobile connectivity.

State forest minister Parimal Suklabaidya, who took part in the May 27 meeting along with ministers from the Asom Gana Parishad, Atul Bora and Keshav Mahanta, said in a statement on August 11 (Wednesday), “Kaziranga has become the first in the country to use satellite phones, which are generally used by law enforcement agencies…there should not be any barriers to communication and hence, satellite phones are a necessity in the sprawling Kaziranga National Park. The satellite phones will give an edge to the forest personnel over the poachers and also during emergencies like flood.”

A World Heritage site, the Kaziranga National Park, spread across three districts of upper Assam – Golaghat, Nagaon and Karbi Anglong – is as much known for being home to one of the largest populations of one-horned rhinos in the world but also as a habitat for tigers and elephants besides other animals.