Punjab Sacrilege Cases: Will a Shrewd Prosecutor Appointment Turn Things Around for Congress?

In the backdrop of the appointment of APS Deol as advocate general, R.S. Bains's appointment as special public prosecutor is being seen as a move to placate Navjot Singh Sidhu. 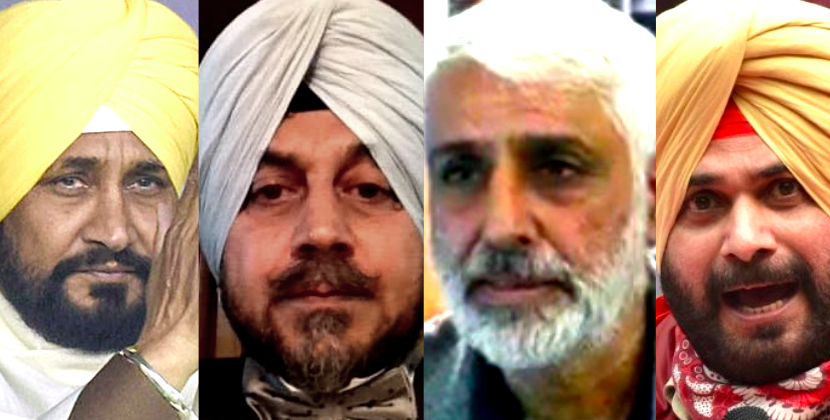 Jalandhar: Amidst the ongoing tussle in Punjab Congress over the appointment of A.P.S. Deol as Advocate General, the Punjab government on October 1 appointed Rajwinder Singh Bains as special public prosecutor to fight cases arising out of four FIRs related to key sacrilege incidents of 2015.

The four FIRs are connected to the Behbal Kalan and Kotkapura firing cases. Bains is a senior advocate who specialises in human rights litigations and practises at the Punjab and Haryana high court. Three of the four cases are being heard on Monday, October 4.

The move came in the wake of Navjot Singh Sidhu’s sudden resignation from the post of Punjab Pradesh Congress Committee (PPCC) chief on September 28.

Sidhu is believed to have strongly opposed the appointment of A.P.S. Deol, who was the defence lawyer of former Punjab DGP Sumedh Singh Saini in a corruption case. Deol secured a blanket bail for Saini in an order than stayed his arrest in all cases, including those of sacrilege, till the Punjab assembly elections in February next year.

Saini served as the Punjab DGP during the previous Shiromani Akali Dal-Bharatiya Janata Party government. He was removed from position following incidents of sacrilege of the Guru Granth Sahib and replaced by DGP Suresh Arora.

Sidhu was also opposed to the appointment of I.P.S. Sahota as Punjab DGP. Sahota, as head of the Special Investigation Team constituted to probe the sacrilege cases, had indicted two Sikh youth and given a clean chit to the Badal government.

The background to Bains’s appointment

The sacrilege cases have serious political implications for all parties in Punjab.

On the same day at a protest in Kotakpura, one Ajit Singh from Barnala district sustained bullet injury in his thigh in police firing. A case of attempt to murder was lodged against the police on August 7, 2018. Former DGP Punjab Sumedh Singh Saini and a suspended Inspector General, Paramraj Singh Umranangal, were also named in this case. Since 2015, the victims’ families have sought justice.

In the run upto the 2017 Punjab assembly elections, Captain Amarinder Singh had promised to punish the guilty. However, nearly five years later, the SIT has mostly made news for quashing previous reports. This led to widespread resentment among people, especially those in the Sikh community.

The tipping point in this case is believed to have come on May 7, 2o21, when the SIT led by former Inspector General Kunwar Vijay Pratap Singh was quashed by the Punjab and Haryana high court, which called it “politically motivated”. Soon after, a new SIT under the supervision of Additional Deputy General of Police (ADGP) L.K. Yadav was constituted. It is still investigating the incidents.

Notably, Sidhu and his supporters who were MLAs when the sacrilege incidents took place and are now ministers – Pargat Singh, Sukhjinder Singh Randhawa, Tript Rajinder Singh Bajwa and others – had raised the pitch against Captain Amarinder Singh, stating that they were answerable to the public on major poll promises of action against sacrilege, drugs and sand mining.

Under section 24 (8) of the CrPC, the Punjab government has appointed R.S. Bains as special public prosecutor for four cases out of four FIRs – two each of Kotakpura and Bajakhana police stations. All the four FIRs are interlinked.

FIRs 129 and 130 were registered at Bajakhana police station in Faridkot district following the death of two Sikh youth in police firing at Behbal Kalan.

Talking to The Wire, R.S, Bains said that he will argue on behalf of Punjab government in “the cases of firing and injuries which took place during the demonstrations against sacrilege at two places” – Kotakpura and Bajakhana – in 2015. “My task is to find out whether the protesters compelled the police to fire or the police maliciously created a situation like this,” he said.

Bains feels his appointment by the Charanjeet Singh Channi government is unmotivated.

When asked about his appointment against the backdrop of A.P.S. Deol’s role, Bains said that he will be directly reporting to the Punjab Home and Justice Department, which is under Deputy Chief Minister Sukhjinder Singh Randhawa. “Advocate General APS Deol’s appointment is totally separate from these cases. I have complete freedom and authority to take the decision to fight these four cases,” he said.

Bains is a criminal and constitutional lawyer, who is known for fighting human rights cases, especially during the militancy period in Punjab. He is the son of former Punjab and Haryana high court judge Ajit Singh Bains.

Earlier, he has got five police officials convicted in the kidnapping and murder case of human rights defender Jaswant Singh Khalra. The trial in this case started in 1997 and continued till 2011, ending at the Supreme Court.

Bains said, “Jaswant Khalra and I used to fight cases together but unfortunately, he was killed.”

Bains also fought the case of the murder of Kuljit Singh Dhatt, the nephew of freedom fighter Bhagat Singh. Kuljit was the son of Prakash Kaur, Bhagat Singh’s sister.

Bains has also been vocal against the Unlawful Activities (Prevention) Act and the Armed Forces (Special Powers) Act,
and has also been providing legal assistance to farmers in their protest against the agricultural laws. “Our is a land of great resistance. Despite so much suffering at the hands of the government for the last 10 months, farmers have been leading a non-violent protest, which is historic,” he said.

Notably, Bains also served in the Indian Navy as a Commissioned Officer from 1979 to 1982 before pursuing law. He studied law at the Panjab University of Chandigarh in the evening in 1982, and taught at the Punjab Engineering College, Chandigarh, in the mornings. He started practicing law in 1985.

Chandigarh-based senior journalist and author Jagtar Singh said with just 90 days left for the Congress in power and the slow pace of the court, it was a race against time for the party.

“The question is, can people expect justice in this case? Amarinder’s non-functional government and its inaccessibility caused sufficient damage to the Congress. So, by appointing Rajvinder Singh Bains, Congress is basically fighting a perception battle. But it will be interesting to see how Bains will contest these cases, given the fact that it was A.P.S. Deol who ensured the blanket bail for DGP Saini. Since Deol knows the technicalities of the case, if he supports Bains, then it could be a game changer for Congress,” he said.

Jalandhar-based Shiromani Gurdwara Parbhandak Committee (SGPC) member Kulwant Singh Mannan termed the appointment of Bains a sham. “We know the fate and result of previous SITs, which were politically motivated. Remember that we are also waiting for justice in the 1984 anti-Sikh riots. We have no hope from anybody, the almighty alone will punish the guilty who indulged in the sacrilege of Guru Granth Sahib,” he said.

SAD leader Pawan Kumar Tinu also highlighted the Congress’s time constraint. “Had Congress been serious, they would have done justice in the sacrilege and drugs case long ago. But neither do they have the intention nor do they have the will. It is futile to expect justice now,” he said.