Modi ended his 10-minute address with wishes for the festive season, including for Eid, Dussehra and Navratri. 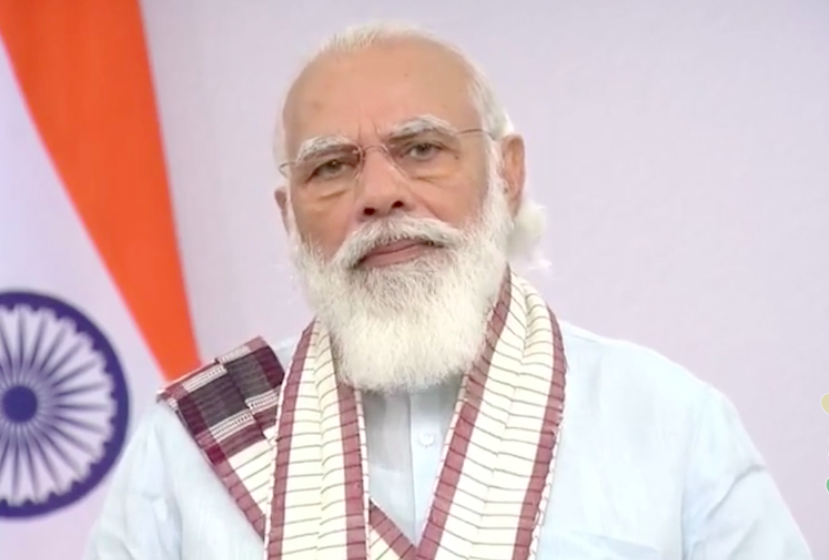 New Delhi: Prime Minister Narendra Modi, in the latest and shortest of this addresses during the health crisis, repeated advice on carefulness to ensure that COVID-19 does not spread any further, especially during the festive season. “The lockdown may have lifted but the virus has not,” he said in Hindi.

In a 10-minute address, Modi cited rounds of figures, seeking to reflect his government’s effective handling of the COVID-19 crisis, and compared India’s figures to the US and Brazil. “Eighty three out of every 100,000 people have died in India whereas in many other countries the figures are more than 600,” he said.

“India will soon cross the 10 crore test number, which has been a major asset in our fight against the pandemic. Our doctors, nurses and health workers have all served our massive population minutely. This is not the time to be careless,” he added.

Modi, significantly, also said the government is preparing to help every citizen to gain access to the vaccine when it is eventually ready.

“We have seen videos which show us that many people have thrown restrictions to the wind,” he said, advising that masks are essential.

He cited the Ramcharitmanas to illustrate how lack of carefulness will lead citizens astray at this time and repeated the tenets of distance, hand washing and so on.

“It is a time of festivities and happiness, and even small acts of negligence can bring us grief,” he said.

“Many times we look at ripe crop in the field and think that the process of cultivation is over, but for as long as we do not have a vaccine for this, we cannot lessen our carefulness,” he added.

He ended his address with wishes for the festive season, including for Eid, Dussehra and Navratri. On social media, the fact that Modi did not mention Durga Puja, celebrated primarily in Bengal, gave birth to some light-hearted speculation.

The prime minister – although he has not entertained journalists’ questions – has addressed the nation a number of times during the COVID-19 crisis. The most significant of them, on March 24, was the announcement of the nationwide lockdown.

Shortly after Modi had announced on Twitter and through PIB channels that he had a ‘message’ for the nation, Congress leader Rahul Gandhi asked him to tell the country as to when he will “throw the Chinese out of Indian territory”.

There has been tension between India and China on the border in eastern Ladakh since May this year, and the Congress leader has been attacking the government over its handling of the issue .

“Dear PM, In your 6 pm address, please tell the nation the date by which you will throw the Chinese out of Indian territory. Thank you,” he said on Twitter.