Narada Case: CBI Gets Approval to Prosecute TMC Leaders, No News on Those Who Joined BJP

Governor Jagdeep Dhankar gave his consent for the CBI to prosecute TMC MLAs Subrata Mukherjee, Firhad Hakim and Madan Mitra. The fourth, Sovan Chatterjee, had joined the BJP but quit the party recently.

Kolkata: On May 9, West Bengal governor Jagdeep Dhankhar gave sanction to the Central Bureau of Investigations (CBI) to prosecute three MLAs of the Trinamool Congress (TMC) in the 2016 Narada sting case. Two of the three MLAs, Subrata Mukherjee and Firhad Hakim, took oath as cabinet ministers on Monday. The other was former minister Madan Mitra, who is now the MLA from Kamarhati.

The other person whose name was also mentioned on the list was Sovan Chatterjee, former TMC minister, who joined the BJP in 2019 and quit days before the 2021 assembly election as he was not among the saffron party’s candidates to contest the election.

“Governor Jagdeep Dhankhar has accorded sanction for prosecution in respect of Firhad Hakim, Subrata Mukherjee, Madan Mitra and Sovan Chatterjee, for the reason that all of them at the relevant time of commission of crime were holding the position of ministers in the Government of West Bengal.. The sanction came to be accorded by the governor after CBI had made a request and made available entire documentation relevant to the case to the Governor and he invoked his powers under Articles 163 and 164 of the Constitution, being the competent authority to accord such sanction,” the press release said.

Media reports that sanction was for being MLA is incorrect. pic.twitter.com/vqEg7Cv6OW

Ahead of the 2016 assembly election, senior journalist Mathew Samuel conducted a sting operation which was released on the YouTube channel of Narada TV. The sting targeted top TMC leaders, including ministers and MPs, who accepted cash bribes for favours.

The CBI had in January sought sanction from the governor to prosecute the four leaders in the Narada case. While Mukherjee was sworn in as the panchayat, rural development and public enterprises affairs minister in Banerjee’s third cabinet, Hakim was given the transport and housing portfolios.

As per the law, the assembly speaker can approve prosecution against persons who are MLAs/ministers at the time of the commission of the crime. For MPs, the approval must come from the Lok Sabha speaker or the Rajya Sabha chairman.

In January this year, a Calcutta high court bench of Chief Justice T.B.N. Radhakrishnan directed the central agency to clarify its position through an affidavit on the filing of chargesheet in the Narada sting case.

In the court, the CBI counsel stated that the agency had already sought permission from the speaker of the assembly to prosecute the MLAs and to the Lok Sabha speaker to prosecute the MPs. Additional advocate general Abhratosh Majumdar submitted to the court that no letter from the CBI has been received by the secretariat of the state assembly for speaker Biman Banerjee to give his nod to proceed against some of the ministers accused in the case.

Speaking to The Wire, Banerjee said, “The speaker’s office has not received any communication from the CBI requesting prosecution against any MLA.” When asked about the rules, Banerjee said, “I have thoroughly read the written order given by the Calcutta high court. It has categorically mentioned that the speaker’s permission is necessary to prosecute a minister or MLA.”

Some political observers have also questioned the timing of the governor’s approval, which came before the new cabinet was formed and the speaker of the house was not yet chosen. 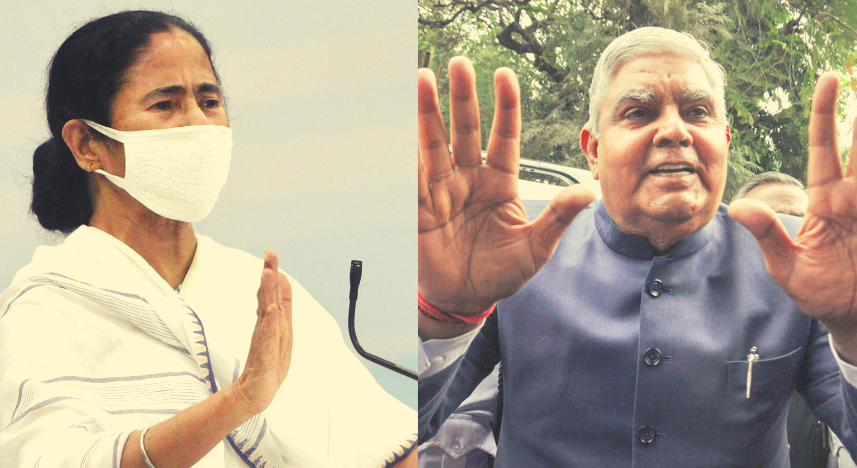 However, the CPI(M) Rajya Sabha MP and senior lawyer Bikash Ranjan Bhattacharyya, who was involved in the case since the beginning, told The Wire that the law does not require the CBI to take any sanctions from either the Lok Sabha or assembly speaker to prosecute an accused MP or MLA.

“When sanctions are requested, the speaker’s office should have responded within ninety days. But, as a matter of fact, it’s been over a year since the [request was sent and] speaker of the Lok Sabha (Om Birla) has yet to give his permission. I personally met him in Delhi in July last year, and requested him to grant approval, but nothing happened. Those actions were politically motivated and aimed at poaching the accused MPs and MLAs before the assembly election,” he claimed.

In September 2019, the CBI had arrested suspended police officer Mirza in connection with the Narada case. At the time, he told the media that the video footage does not prove he has taken bribes. He famously said, “I had given money to Mukul Roy.”

In the sting video, Roy, who is now with the BJP, mentions Mirza and asks Samuel, who was using the cover name of Santhosh Shankaran, to “check the amount and talk to Mirza only”. Roy adds, “I have already spoken to Mirza. Talk to my SP Mirza. He will keep the relationship between you and me. Everything can be communicated through Mirza.”