The Indian government's PPP database indicates that infrastructure projects worth Rs 15,960.66 crore are listed under the 'water' sector, as of December 2019. 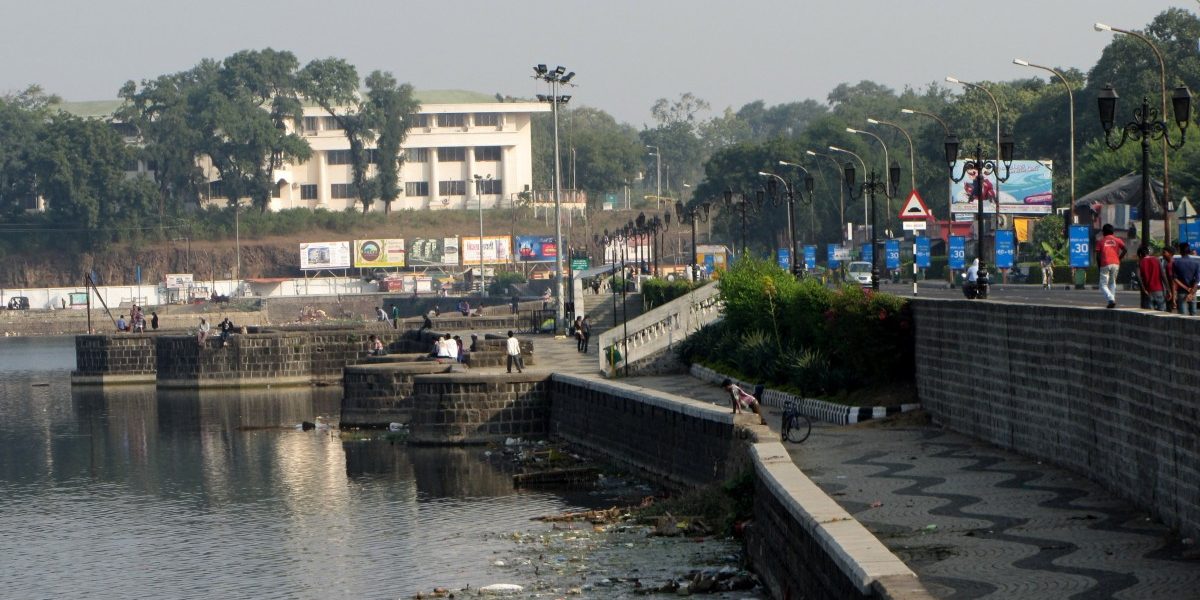 Nagpur: The issue of water privatisation was once a hot potato across India, at least until 2014. But in the last five years, there has hardly been any critical analysis or public discussion around the theme even as the government has been handing out scores of projects in the water sector to private parties under the garb of public-private partnerships (PPP).

The most important among them are the ones designated to supply potable water to municipalities. Many academicians and civil society groups that were once staunchly opposed to PPPs in drinking water, citing issues like equitability and affordability, have fallen silent.

In 2011, the Nagpur Municipal Corporation (NMC), led by the Bharatiya Janata Party (BJP), signed an agreement with Orange City Water Ltd (OCWL), a joint venture between France’s Veolia Water (India) Private Ltd and Nagpur’s Vishwaraj Infrastructure, to supply water 24×7 to the city after a pilot project in one of Nagpur’s 10 zones. The NMC handed over operations of its water treatment plant, operations and maintenance of the entire supply network, billing and collection by 2012. Initial funding was drawn from the Jawaharlal Nehru National Urban Renewable Mission (JNNURM). 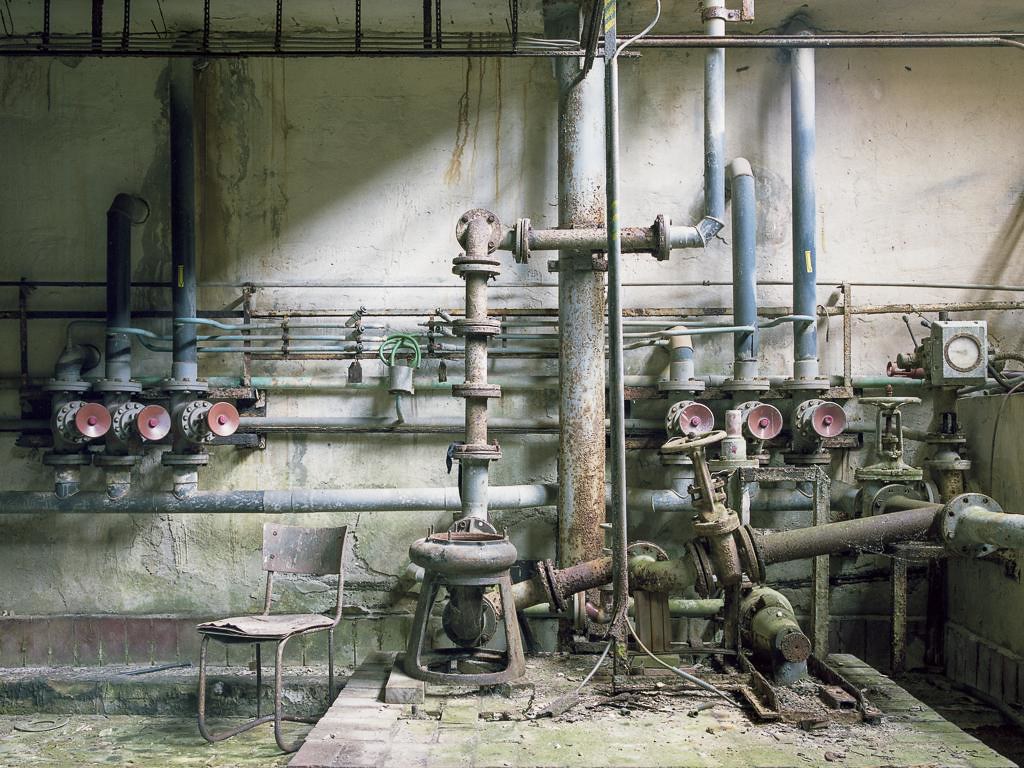 The project quickly faced several hurdles at different levels but the government treated it with sympathy on every occasion. But eight years down the line, the project is neither partly functional nor complete.

And the government has been showcasing it as a success.

The Administrative Staff College of India had prepared an assessment report for the pilot project; it was previously available at this link but the whole website has since been taken down. There is almost no data about the project in the public domain that is critical of the project. The Centre’s database of PPP projects also shows certain details ‘not available’ for Nagpur’s 24×7 water-supply scheme, the Nagpur Kanhan Water Supply Scheme Augmentation and Nagpur Pench water supply scheme.

Also Read: Can Cities Like Nagpur Continue to Be Lucky With Climate Change?

The Government of India hasn’t undertaken any objective evaluation, even as some reviews exist in the academic literature, such as this dissertation.

The last formal review – if that – of the project was a 2014 World Bank report entitled ‘Running Water in India’s Cities: A Review of Five Recent Public-Private Partnership Initiatives’. It makes many critical observations, including that “the linkages between performance standards and operator revenue is weak”. An extended excerpt:

Investment commitments from the operator are not significant compared to the committed revenue flows to the operator. The operator receives revenue from the city four times greater than its investment obligations in the first five-year period, and so the operator’s financial risk is effectively minimised. The performance requirements begin only at the end of the performance improvement project period (first five years) and are further phased during the first twelve years. The operator is required to finance 30 percent of the initial capital investments.

Sometime ago, the International Finance Corporation (IFC) of the World Bank Group clarified that IFC wasn’t involved with Nagpur’s water sector. “While IFC was previously a shareholder in AMI, a subsidiary of Veolia, which had invested in Nagpur’s water sector, IFC divested in July 2014,” it said in a statement while clarifying its position on the PPP model in the water sector.

As it happened, the statement also said, “Despite reports to the contrary, the World Bank Group does not in any circumstance require governments to privatise water supplies, pressure governments to take this step, or include the privatisation of water as a condition of financing.”

An international campaign for corporate reform, called Corporate Accountability, welcomed the statement and said in April 2015, “Through its investment in and promotion of private water, the World Bank helps enable corporations to take over and profit from municipal water systems – to the detriment of people’s access to this vital public good.”

Gaurav Dwivedi, an activist who was with Manthan Adhyayan Kendra earlier and had extensively tracked the PPP in water sector in India, said, “Several World Bank documents, including loan agreements, promote privatisation and PPPs in water, but when it comes to taking responsibility, it pushes the blame onto local governments for not implementing them properly.”

Arun Lakhani, the CEO of OCWL, also rubbished speculation that the JNNURM stopped funding Nagpur’s 24×7 PPP project after the IFC’s withdrawal from Veolia. “The Modi government scrapped JNNURM and decided to replace it with AMRUT. So the last bit of funding was stopped,” he told The Wire. 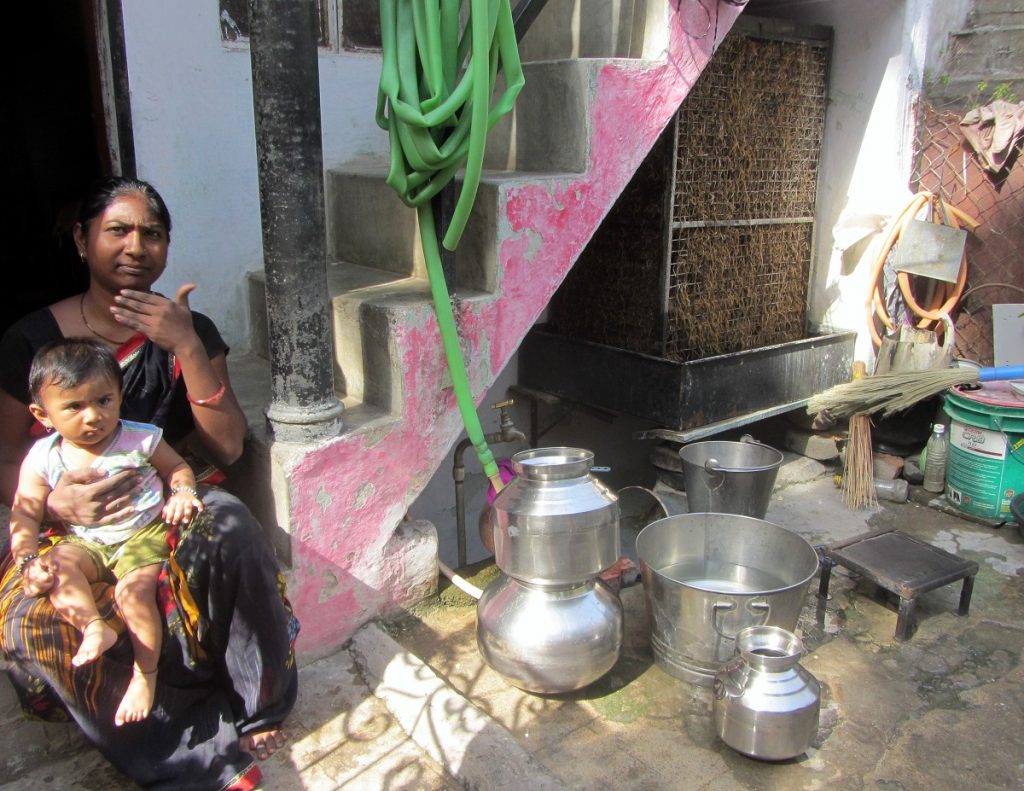 However, in response to an emailed query, a World Bank spokesperson said, “Nagpur’s 24×7 PPP model for drinking water supply was not supported by the World Bank. The five cities analytical review was a technical review of several models being implemented by various entities.”

In 2012, the BJP’s alma mater Rashtriya Swayamsevak Sangh (RSS) moved a resolution against water privatisation, especially through the PPP model, and criticised the then draft National Water Policy, at its principal policymaking meet that year.

The BJP leadership is believed to have tried to salvage the situation considering NMC had already commenced its agreement with OCWL by then. But the RSS passed the resolution anyway: “As suggested by the World Bank, attempts at handing over the control of water distribution in the hands of private monopoly in the name of public-private partnership, indicates the intentions of handing over this vital basic necessity of life totally in the control of private ownership and to a large extent foreign multi-national corporations.”

However, the act has had no effect on either Nagpur’s PPP plans or on any other PPP projects since 2014, when the BJP assumed power at the Centre. If anything, the party has only pushed several other infrastructure development projects towards the PPP model, including in the water and sanitation sectors.

Nothing apart from political patronage seems to be holding up the Nagpur project at the moment, so it’s worrying that no less than the NITI Aayog has been championing it as a success. NITI Aayog first showcased Nagpur’s example in the urban water management category in its August 2017 report, ‘Selected Best Practices in Water Management’, and then in a two-volume 2018 report of the ‘Composite Water Management Index’. The second volume of the latter showcases Nagpur in a case study and promotes its “lessons for other states”.

Also Read: Is Nagpur Really a Smart City When It Comes to Water?

Kunal Kumar, the mission director of Smart Cities at the Ministry of Housing and Urban Affairs, first trivialised the criticism that Nagpur’s 24×7 water supply project has attracted as just a matter of opinion. But when The Wire pointed out that even the World Bank has no good words for the project, he quickly said, “We are not aware of it, but we are not claiming or telling the states that Nagpur model is ‘the’ model. It is a process; the models are evolving. It is for the states to customise models according to their needs.”

But why do municipalities need a PPP model at all? “We only suggest, we don’t force the states in a federal structure. It is the states’ prerogative to decide,” Kumar said.

However, this freedom to choose may be an illusion: local urban bodies are financially frail and depend on scores of Union government schemes to finance urban infrastructure work.

Nivedita Khandekar is an independent journalist based in Delhi. She writes on environmental and developmental issues. She tweets at @nivedita_him.

This report was possible due to the WaterAid India’s Media Fellowship ‘WASH Matters 2019’ on the theme of ‘Urban Water’.