At least four Northeastern political parties, including two allies of the BJP, have made a similar demand in light of the killing of civilians in Nagaland. 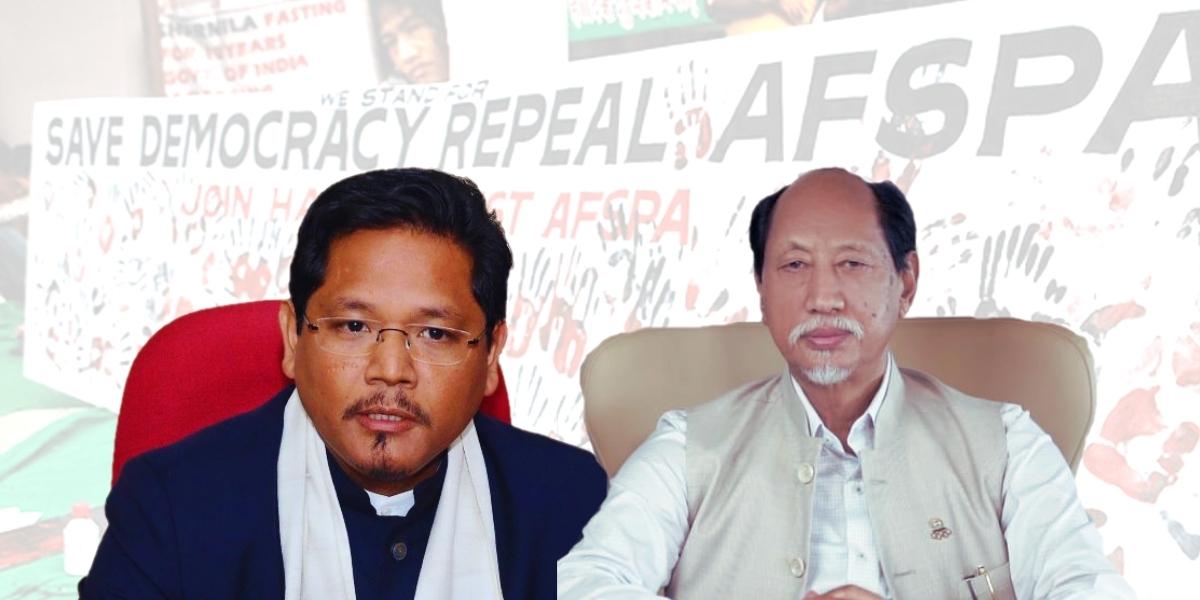 New Delhi: As many as four political parties based out of the Northeast and two chief ministers from the region have demanded the repeal of the draconian Armed Forces (Special Powers) Act (AFSPA) after the killing of 15 civilians by the Indian Army in the state’s Mon district.

Addressing reporters on December 6 after attending the funeral services of those killed in the December 4 incident at Oting village of the Mon district, Nagaland chief minister and the seniormost leader of the National Democratic People’s Party (NDPP) Neiphiu Rio, said, “I have spoken to the Union home minister and he is taking the matter very seriously. We have given financial assistance to the affected families. I have also urged the Union government to remove AFSPA from Nagaland as the law is a black spot on the image of the country.”

Nagaland and the Naga people have always opposed #AFSPA. It should be repealed.

The NDPP is an ally of the BJP.

Though T.R. Zeliang, the former Nagaland chief minister and leader of yet another regional party of Nagaland – the Naga People’s Front (NPF) – has condemned the killing of the unarmed civilians in the state, he has so far remained quiet on the demand for repeal of the Act.

Conrad Sangma, yet another chief minister from the region and the top leader of the National People’s Party, has also asked for the repeal of the Act that grants security forces considerable immunity while carrying out counter-insurgency operations and the right to use excessive force on civilians.

In a tweet on December 6, Meghalaya chief minister and president of the National People’s Party (NPP), Sangma, said, “AFSPA should be repealed.”

AFSPA should be repealed

The NPP too is an ally of the BJP in the Northeast.

In response to Sangma’s tweet, Ampareen Lyngdoh, the leader of Congress in the Meghalaya assembly, tweeted, “The Meghalaya Congress legislature party will support repeal of AFSPA.”

Mutchu Mithi, president of the Arunachal chapter of the NPP, in a press statement on December 6 also called for the repeal of the Act. Highlighting the Oting incident, Mithi said, “This is a stark reminder of how armed forces have with impunity misused AFSPA as a repressive tool to reinforce in a reign of systemic widespread terror in citizens of Northeast disrupting every peace process. AFSPA must be repealed.”

Another political party based out of the Northeast, the Assam Jatiya Parishad (AJP), has also spoken out against the imposition of AFSPA in the region to allow the security forces to conduct counter-insurgency operations. The general secretary of AJP, Jagadish Bhuyan, in a tweet, said on December 6, “We strongly condemn the tragic incident that resulted in civilian deaths in Nagaland. This is the result of AFSPA! It is past time for us to wake up and protest this atrocity, or many more civilians will be killed in this manner!”

Bhuyan went on the that the government of India should scrap AFSPA and allow the people of the Northeast “to live as dignified citizens of the country without any discrimination”.

The president of yet another regional party of the Northeast, TIPRA, also sought the repeal of the Act. Pradyot Manikya Debbarman, who is also the chairman of the Tripura Tribal Autonomous District Council, had taken to Twitter on December 5 to say, “Deeply shocked and saddened hearing about the firing incident in Nagaland’s Oting. Those responsible should be held accountable and once again I appeal that laws like AFSPA [have] to be repealed from the land.”

On December 6, he repeated his demand, “Said it before, saying it again. Repeal AFSPA.”

We the indigenous people of Tripura stand with Nagaland #RepealAFSPA pic.twitter.com/7nKsxNd91u

Meanwhile, a five-member delegation of MPs belonging to the Trinamool Congress has left for Nagaland to visit the families of the victims. The delegation includes party Rajya Sabha MP Sushmita Dev, who is from the Northeast. However, soon after Dev tweeted that the delegation was informed about Section 144 being imposed in the Mon town. This will prevent vehicular movement and make it impossible for the delegation to reach the area, she said.

Our delegation was at the Kolkata airport to board for Jorhat to drive to Nagaland. Sec 144 order was brought to our notice for Mon Town.

It prevents vehicular movement so impossible to reach. Will address a press meet in Kolkata at 3pm. pic.twitter.com/xUGcZokFpJ