Police claim that the protestors used children for "illegal activity", though the FIR did not mention the presence of children. 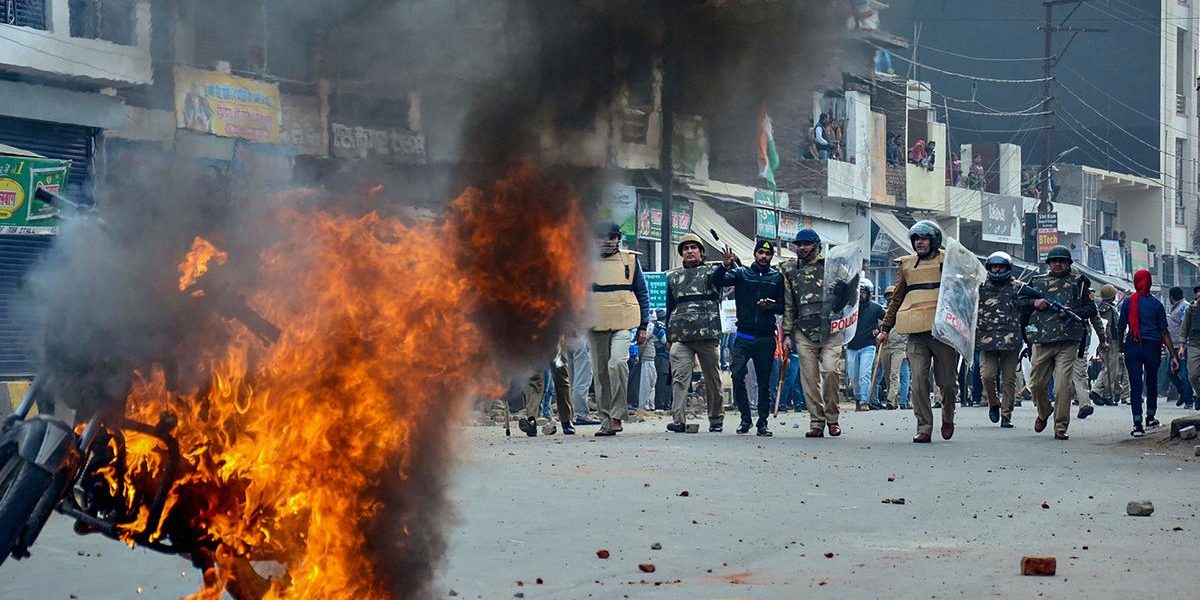 New Delhi: After cases registered against those detained for alleged violence during anti-Citizenship (Amendment) Act protests by Muzaffarnagar police began failing legal scrutiny, the cops have added additional charges under the Juvenile Justice (Care and Protection of Children) Act, saying the protestors used children for “illegal activity”, according to the Indian Express.

Almost a month after the Muzaffarnagar police booked 107 people under charges that included attempt to murder and rioting during the protests against CAA in December, many have been granted bail by courts because of lack of evidence.

To prevent more people from getting bail, the police are now invoking Section 83 (2) of the JJ Act against at least 33 persons who were named in the FIR lodged on December 21, according to the newspaper. The FIR also names 3,000 unknown accused. If found guilty under this section, a person can be imprisoned for seven years.

According to the Indian Express, 33 of the people who were named in the FIR have been granted bail, including 14 who were charged under the JJ Act. The FIR which the police claimed was based on testimonies of police personnel deployed at the protest site, did not mention children being used for “illegal activity”.

“The accused person, present at the Madina Chowk. indulged in rioting. created an atmosphere of terror, forcing everyone to shut their shops. They also destroyed public property and indulged in arson. Police officers were also injured and taken for medical examination. The accused was also involved in stone-pelting with intention to harm police deployed at the spot.”

On January 17, additional sessions judge Sanjay Kumar Pachauri ordered the release of two accused persons, relying on Supreme Court judgments stating that protection of life and personal liberty is an important factor when deciding on bail.

Also Read: In Bijnor, Children Give Harrowing Accounts of Beating by UP Police After CAA Protest

Muzaffarnagar police invoked the additional charge under the JJ Act after 19 people were released on bail, the Indian Express reported, either by police or court, due to lack of evidence or after the withdrawal of charges of grievous offences. “In the case of five accused, police themselves granted bail under Section 169 of the Code of Criminal Procedure which is invoked when ‘evidence is deficient’. Ten were released by the sessions court after police were only able to prove that they had prima facie violated prohibitory orders, and were not involved in rioting or attempt to murder,” the newspaper reported.

In many areas of Uttar Pradesh, police have been accused of arresting people, mostly Muslims, who were not present at the sites of protest. They have also been accused of using excessive force against protestors. In Lucknow, a local court granted bail to Congress activist Sadaf Jafar and former IPS officer S.R. Darapuri after the police did not submit any evidence to support their claim that the duo was involved in the violence reported during CAA protests.

The Muzaffarnagar police’s move to invoke sections of the JJ Act comes just days after the National Commission for the Protection of Child Rights (NCPCR) wrote to all director generals of police (DGPs) asking them to take note of the ‘misuse of children in protests’ and take necessary action. Child rights activists have slammed the government body for failing to take note of reports of alleged illegal detention of minors, adding that the presence of children at protests gain “exposure to constitutional values of equality, secularism and democracy, love and respect for all”.

According to other reports, police in other parts of Uttar Pradesh are planning to follow suit and file charges under the JJ Act for the presence of children at protests. Bijnor police claimed that children were “forced” to be at the protest.