Under Yogi's Raj, Munna Bajrangi and Law and Order Have Both Been Killed

The police's version of events has given rise to a range of questions. 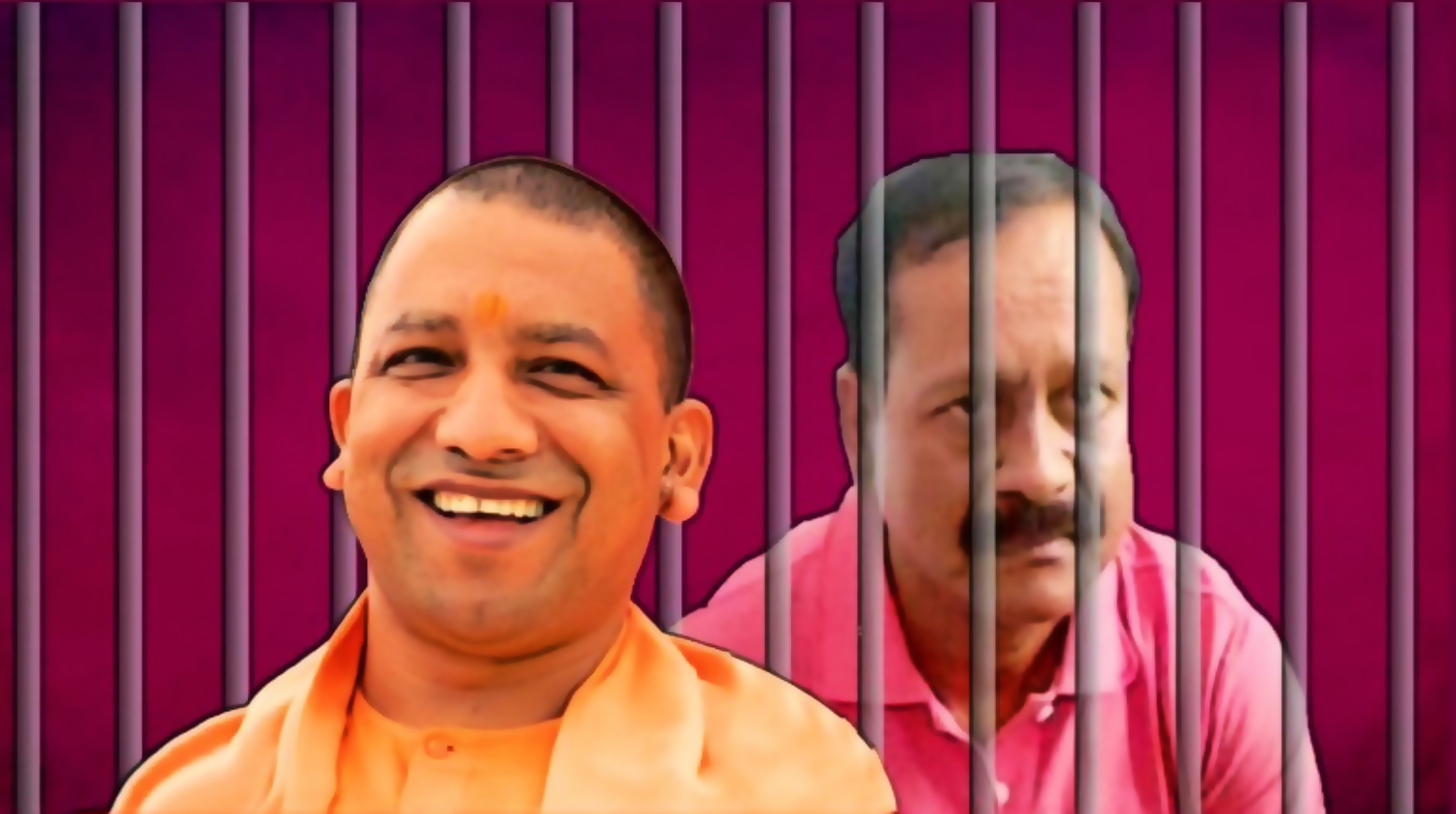 New Delhi: In 1996, adjudicating on a matter of custodial deaths in West Bengal, the Supreme Court noted, “If the functionaries of the government become law breakers, it is bound to breed contempt for law and would encourage lawlessness and every man would have the tendency to become law unto himself, thereby leading to anarchism. No civilised nation can permit that to happen.”

Given the killing of gangster Prem Prakash Singh, better known by his alias Munna Bajrangi, inside the Baghpat jail on July 9, it would be fair to ask whether Uttar Pradesh under Adityanath, who has proudly endorsed encounter killings and on many occasions displayed disdain for the rule of law, has allowed itself to be led to the anarchism which the Supreme Court had warned about.

While Bajrangi’s death did not occur in a police encounter, ten days prior to the killing his wife, Seema Singh, held a press conference where she said the police was planning to kill her husband in a fake encounter. She mentioned that while Bajrangi was in Jhansi jail, one of the inmates tried to poison his food on the directions of the police’s special task force (STF). She feared that the police’s efforts to ‘eliminate’ Bajrangi would continue. 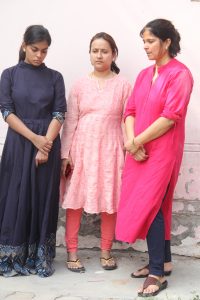 Her fears came true on July 9, when Bajrangi was shot dead inside the Baghpat jail’s solitary confinement compound allegedly by a fellow inmate, Sunil Rathi. According to Rathi, he shot Bajrangi because he called him ‘fat’. Witnesses have, however, denied this claiming that Rathi shot Bajrangi without any provocation and from close range.

“This is a cooked up story. It is obviously false. The police had planned this murder long ago. They are now claiming that Rathi and Bajrangi had a long-standing animosity, which is not true,” said Vikas Srivastav, Bajrangi’s lawyer.

Rathi, from Baghpat, is a notorious criminal in the western UP belt known to extort money from doctors and businessmen. His gang is active in parts of western UP and most active in Uttarakhand, far away from areas where Bajrangi was active. Bajrangi, known to be close to MLA and mafia don Mukhtar Ansari, was active in eastern UP.

“It begs the question why would Rathi shoot Bajrangi,” said Srivastav.

Details that have emerged also claim that three bullets were fired into Bajrangi’s body 15 minutes after he had died. “This is a worrying discovery which clearly points to foul play. It indicates the involvement of more than one person,” said a forensic expert on the condition of anonymity.

Questions also remain over how a weapon found its way into the Baghpat jail. “It is a serious lapse. In fact, there was an inspection in Baghpat jail two days prior. That makes everything all the more suspicious,” said a police source from the Meerut zone in which Baghpat is located.

Bajrangi’s wife and lawyers have also claimed that he was brought to Baghpat, just a day prior to his death, from Jhansi without the requisite paperwork. “He was only brought here for this purpose. Usually, under trials are kept in the police lines. But, he was taken to the jail because the police wanted to kill him there,” said Srivastav.

The police have denied this claim. Additional Director General (ADG) Meerut zone, Prashant Kumar, said, “Bajrangi was killed inside jail which doesn’t come under UP police’s jurisdiction. Secondly, it was UP police which brought him safely from Jhansi to Baghpat as a part of a judicial procedure.” After this, Kumar’s defence turns a little bizarre, “If police had really wanted to kill him, it would have done that on the way from Jhansi to Baghpat. But we ensured his safety.”

“This comes straight from the culture of encounters that this government has propagated. Extra-judicial killings are openly talked about in this manner,” said Rajeev Yadav who has taken up the cause of those killed and injured in police encounters as a founder of the Rihai Manch.

Since March 2017, when Adityanath took over as chief minister of UP, there have been over 2,000 police encounters in which 61 people – as of July 10 – have been killed by the police, while more than 600 have been injured. Adityanath has openly endorsed police encounters. A few months before coming to power, in an interview to India TV, Adityanath offered his prescription to deal with law and order problems in the state. It went thus: “Agar apradh karenge, toh thok diye jayenge (If they commit crimes, we will bump them off)”. ‘Thok dena’ is slang for murder, generally used by criminals. After coming to power, in November 2017, Adityanath elaborated on his methods, “Hum unka jeena haram kar denge. Unke liye do hi jagah hongi phir. Ya to Pradesh ki jail hogi. Ya phir police ki mutbhed mein Yamraj ki ghar unki jagah hogi (We will make life difficult for criminals. There will only be two places left for then. They will either be in our state’s jails. Or they will be sent to Yamraj’s house in police encounters).”

By February 2018, 40 criminals had been killed in 1,200 police encounters within less than a year of Adityanath assuming power. Some flak came Adityanath’s way. He responded in the state legislature, “It is unfortunate that some people are showing sympathy towards criminals. This is dangerous for democracy.” Not fazed by the criticism, he said that encounters will continue.

Anand Kumar, ADG (law and order) in UP articulated the message that has percolated from the government to the police. He said, “Encounters were conducted in the interest of society as per the desires of the government, expectations of public and according to the constitutional and legal power accorded to the police.”

The National Human Rights Commission (NHRC), which the Supreme Court has referred to as a ‘toothless tiger’, has on several occasions condemned the encounter killings in the state and the chief minister’s open endorsement of them. “Even if the law and order situation is grave, the state cannot resort to such mechanism, which may result in the extra judicial killings of the alleged criminals. The reported statement of the chief minister tantamount to giving police and other state governed forces, a free hand to deal with the criminals at their will and, possibly, it may result into abuse of power by the public servants. It is not good for a civilised society to develop an atmosphere of fear, emerging out of certain policies adopted by the state, which may result into violation of their right to life and equality before law,” it said of UP’s police encounters in 2017.

The NHRC has also issued several notices to the UP government regarding the encounters. However, fitting the description given by the Supreme Court, the NHRC has had no impact on the situation in UP.

Recently, on July 2, after a petition was filed alleging that the encounters were fake, the Supreme Court has issued a notice to the UP government seeking a response within two weeks. The PIL has alleged that the Supreme Court guidelines have not been adhered to.

While Adityanath, who has himself been accused of murder, has claimed killing criminals in police encounters as a legitimate and effective method of curbing crime, it is neither. Crimes against women in UP have gone up under the BJP. In a recent reply to a question raised by a Samajwadi Party MLA in the Vidhan Sabha, the Adityanath government revealed that there had been 3,704 incidents of reported rape in the state between April 2017 and January 2018. The corresponding figure under SP rule between April 2016 and January 2017 was 2,943. Kidnappings increased by over 3,000 to 13,226.

In a landmark 2012 judgement on the legitimacy of police encounters, the Supreme Court said, “It is not the duty of the police officers to kill the accused merely because he is a dreaded criminal. Undoubtedly, the police have to arrest the accused and put them up for trial. This Court has repeatedly admonished trigger happy police personnel, who liquidate criminals and project the incident as an encounter. Such killings must be deprecated. They are not recognised as legal by our criminal justice administration system. They amount to State sponsored terrorism.”

(With inputs from Bani Bedi)