Waze had been arrested on suspicion of his involvement in the Ambani bomb scare case as well as the murder of Mansukh Hiran. 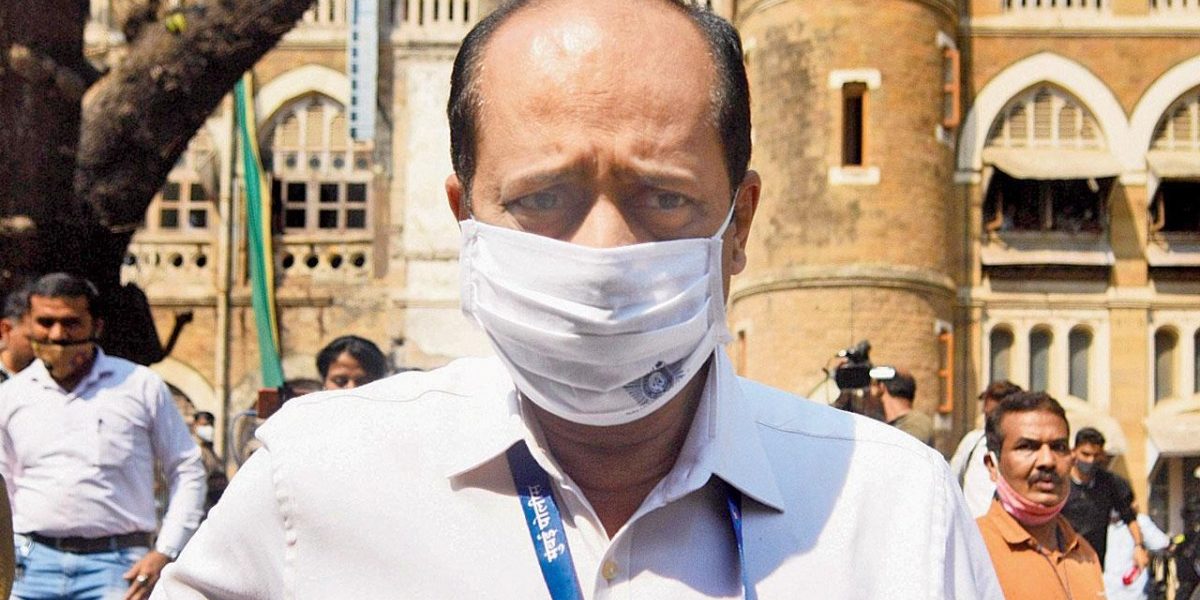 Mumbai: Suspended assistant police inspector Sachin Waze, arrested by the NIA in the case of an explosives-laden SUV found near industrialist Mukesh Ambani’s house and the murder of businessman Mansukh Hiran, was on Tuesday dismissed from police service, an official said.

The order terminating Waze’s service was issued by Mumbai police commissioner Hemant Nagrale, said a spokesperson of the city police.

A 1990-batch officer of the Maharashtra cadre, Waze (49), also known as an “encounter cop”, was suspended after his arrest by the National Investigation Agency (NIA) in the SUV-cum-murder case on March 13.

“API Sachin Hindurao Waze has been dismissed from police service. The order has been issued today under Provision of 311(2)(B) Constitution of India by Commissioner of Police, Greater Mumbai,” a top official said.

Article 311 of the Constitution and related sub-sections deal with “dismissal, removal or reduction in rank of persons employed in civil capacities under the Union or a State on certain grounds.

Waze, now lodged in jail, was reinstated in the Mumbai police in June 2020 after being suspended for 16 years in a case related to the alleged custodial death of Khwaja Yunus, an accused in the Ghatkopar bomb blast of 2002.

Post-reinstatement, he was appointed the head of the Crime Intelligence Unit (CIU), an elite branch of the Mumbai Crime Branch.

As the CIU head, he was handling a slew of high-profile cases, including the fake TRP case, fake social media followers case, the DC car finance scam and the Ambani security scare case (in which he is now an accused), the official said.

The SUV with explosives was found near Ambani’s residence in south Mumbai on February 25. Hiran, a Thane-based businessman who was in possession of the SUV, was found dead in a creek in Thane on March 5.

Waze had allegedly played a key role in both the incidents (now being treated as one case), the official said.

The Maharashtra ATS (Anti-Terrorism Squad) was handling the case before it was handed over to the NIA.

In her statement to the ATS, Hiran’s wife Vimla had said she suspected Waze’s involvement in the killing of her husband. Accordingly, a case of murder was registered against unidentified persons.

By that time, Waze was transferred from the Crime Branch to the Special Branch of the Mumbai police.

After his alleged involvement surfaced in the crime, the Special Branch had sought details of the case from the ATS and a report was submitted to the Mumbai Police Commissioner.

The NIA has so far arrested nearly half a dozen persons in connection with the SUV-cum-murder case, including Waze, API Riyazuddin Kazi, who worked with Waze in the CIU, and Crime Branch senior inspector Sunil Mane.