With trial runs going on now, limited operations on the Eastern DFC will likely begin by March 2020. 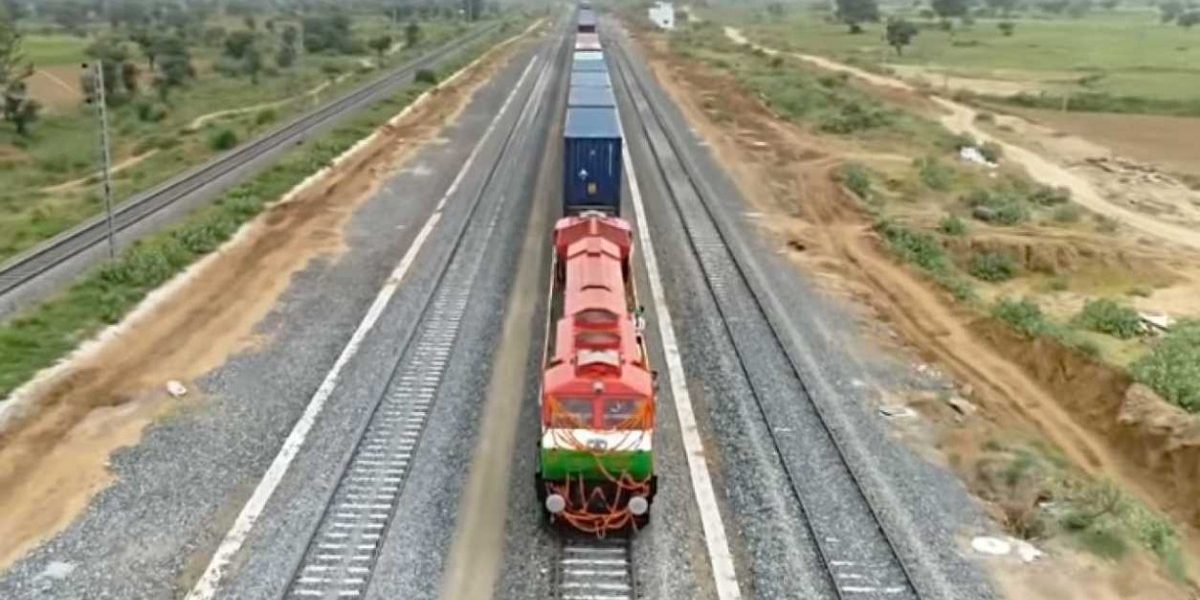 New Delhi: After failing many deadlines in the past, the ‘Dedicated Freight Corridor’ (DFC) will finally become operational in a section between Delhi and Howrah route in the next six months.

Sources say that Prime Minister Narendra Modi is expected to officially flag off the first commission of freight train haulage on the track, which is built exclusively for goods movement.

The 194-km-long fully electrified rail route between New Bhadan and Khurja in Uttar Pradesh, part of the Eastern DFC, will carry mostly iron and coal to Mughal Sarai, Tatanagar and Chakradharpur among other destinations.

Reeling under a severe cash crunch, the Indian Railways has been eagerly awaiting the commissioning of the dedicated goods corridor as it would enable the decongestion of existing over-saturated paths which, in turn, would result in improving punctuality of passenger trains.

Currently, trial runs are being carried out in the section with as many as 20 long haul goods trains using the route which has resulted in an improvement of punctuality rate of passenger trains in the section, said a senior DFC official.

Once the entire section becomes functional, it would enhance passenger train punctuality to a higher level.Though railways is making profit in freight business and bleeds money heavily in passenger segment, trains carrying passengers get preference over goods train on the track.

Though the Rs 81,400 crore DFC project got the Union cabinet’s green signal in 2006 it has since then moved at a snail’s pace and missed several completion deadlines due to various reasons. These include procedural wrangling, land acquisition, environment clearances and other related issues.

“We are expediting the project and expecting to complete it the next year”, said the official.

DFC, a flagship project of the government, involves construction of over 3000-km worth track exclusively for goods movement on higher speed.

While the Western DFC will cover 1,504 km from Jawaharlal Nehru Port Trust near Navi Mumbai to Dadri in Uttar Pradesh through Vadodara-Ahmedabad-Palanpur-Phulera-Rewari, the Eastern DFC covers 1,856 km from Ludhiana in Punjab to Dankuni, near Kolkata in West Bengal, and will traverse the states of Haryana, Uttar Pradesh, Bihar and Jharkhand.

Earlier, DFC had launched a trial run on the 192 km long route between Ateli (Haryana) and Phulera (Rajasthan) in the Western DFC. However, the trains were hauled by diesel locomotive, as the route electrification was still in the process of being done.

Diesel locos will be used only for trial purposes as the electrification of the track is in progress. Both the Eastern and Western DFCs are expected to be fully electrified.

The DFC, once completed, is expected to give a boost to the Indian economy, as it will will allow an increased number of freight trains to run in the eastern and western sectors of the country.

Currently, the Indian Railways has lost a significant portion of its goods business to the road sector and has hoped that it would be able regain market share once DFC is operational.

The national transporter has, in the recent past, sought to speed up the project with the use of the latest construction technologies such as mechanised boring/auguring of mast foundations, erection of electrical poles through machines, which are being tried for the first time.

There have also been repeated visits by senior Railways officials involved with the project to inspect work at the sites.

The DFC project aims for a faster run of freight trains with the permissible maximum speed of 100 km per hour. This is expected to take average speeds up from the current 30 km per hour to about 75 km per hour.

Since repeated failures in meeting targets have dampened spirits within the ministry, the railway officials are looking forward to at least limited operations.