Protestors were cautioning voters against 13 years of 'unkept' promises made by chief minister Shivraj Singh Chouhan on compensation. 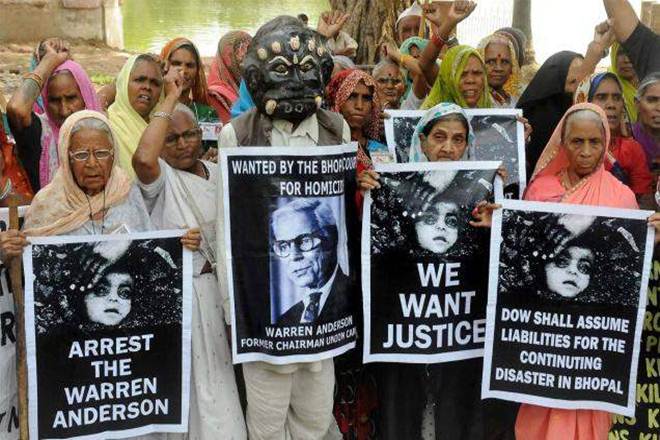 New Delhi: Several organisations representing the survivors of the Bhopal gas tragedy have accused the Madhya Pradesh government, police and Rashtriya Swayamsevak Sangh (RSS) activists of blatant abuse of power. They said they were forced to leave poll-bound Mungaoli assembly constituency as they were trying to educate voters about the “false promises” made by the Shivraj Singh Chouhan government with respect to compensation and rehabilitation. Stating that the Bharatiya Janata Party government had not fulfilled any of its promises despite 13 years of its rule having passed, the victims cautioned the voters to remain circumspect about the promises the ruling party was now making on compensation and minimum procurement price to farmers.

“Do not vote for the liars” campaign irks authorities

In an open message to voters in Mungaoli and Kolaras where bypolls are being held on February 24, the organisations representing Bhopal gas victims said 33 years after the lethal gas leak from the erstwhile Union Carbide plant on December 2-3, 1984 that had killed more than 25,000 people and affected many, people continue to suffer due to the collusion between the government and the company, adding that 90% of the victims have been given just about Rs 25,000 in compensation.

Accusing the chief minister of forgetting the promise to provide enhanced compensation to the victims, like all his predecessors, the groups said in the note (written in Hindi), “in our experience, there is no other politician who has lied like he (Chouhan) has”. Ever since he became the chief minister in 2005, Chouhan has only been dishing out false promises,  the statement read, adding that “It was then that we resolved that we would never trust his word and tell him to make all his promises in writing.”

The activists recalled that when they had launched a major campaign in December 2011, Chouhan had agreed to hold talks and accept the demands of the victims. Seven years down the line, the Madhya Pradesh government has failed to keep any promise. “Forget keeping promises, the chief minister has even ignored ‘life and death’ questions related to the victims. As a consequence of which they have to face a lot of corruption during their treatment and rehabilitation,” they added.

Once again, with by-elections being announced to the two constituencies, the government has made a number of promises pertaining to compensation to farmers and of getting them the right price for their produce, the activists said, while cautioning the electorate to consider the plight of Bhopal gas tragedy victims before taking a call on their votes. The activists also accused the government of using strong-arm tactics to stall their agitation.

“Within minutes of our launching the voter education campaign on the streets of Mungaoli, five of us were detained at the police station for five hours and were told that we would be sent to jail for speaking against the government. We wanted to know what the charge against us was, but were told to shut up by the sub-inspector at the police station,” said Iqbal Khan Khokhar, one of the activists, who has since returned to Bhopal.

The activists, however, have vowed to continue with their agitation. “From tomorrow, we will distribute pamphlets and posters to passengers in buses and trains passing through Bhopal and bound for Mungaoli and Kolaras,” they said.

“A big group of men led by someone who claimed to be a member of the RSS for the last 30 years said we had no right to be in Mungaoli and anything could happen to us if we do not go back to Bhopal. He also said that if we withdraw from our campaign, he would get our demands fulfilled by the chief minister,” she said.

Accusing the police and the state administration of unlawfully clamping down on their agitation, Nawab Khan of Bhopal Gas Peedit Mahila Purush Sangharsh Morcha said: “We were denied official permission for use of vehicles, loudspeakers and distribution of pamphlets and posters by the tehsildar, who offered no reason for the denial and told us to meet the district collector.”

He claimed the collector, too, was unresponsive and did not come to their aid. “The collector told us that he was awaiting ‘feedback’ on granting us permission from the chief electoral officer and we could call him to find out. Since then, he has stopped taking our calls or responding to text messages.”

Rachna Dhingra of the Bhopal Group for Information and Action said when they approached the chief electoral officer to complain about the “wrongful denial of permission by the tehsildar”, he advised us to “restrict ourselves to ‘word of mouth’ campaign”. The joint chief electoral officer, she said, noted that “we could not be allowed to speak ill against anybody while campaigning for the bypolls was on.”

The activists termed the state and police action as an act of desperation. Sarita Malaviya of Children Against Dow Carbide said it was “BJP’s desperation to muzzle the truth about the chief minister’s false promises on compensation to the Bhopal victims.”