Mowing Down of Farmers at Lakhimpur a 'Planned Conspiracy', Says SIT

The SIT has written to a judge asking that 'attempt to murder' charges be added for the 13 accused, including Union minister Ajay Mishra's son. 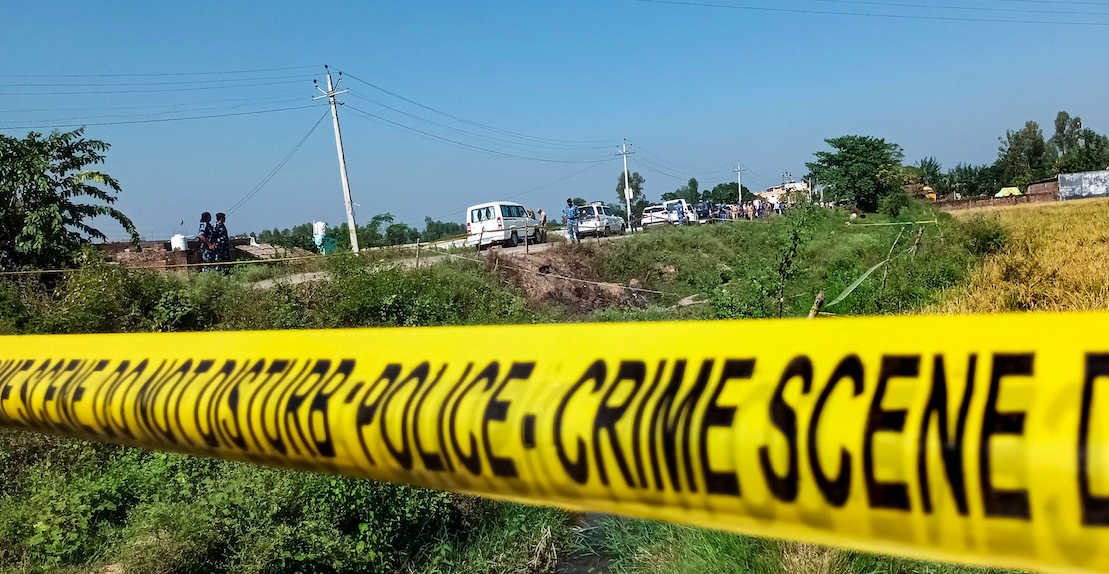 Special Investigation Team (SIT) attempt to recreate the sequence of events leading to the incident in Uttar Pradesh’s Tikonia village as part of their ongoing investigation, in Lakhimpur Kheri, October 14, 2021. Photo: PTI

New Delhi: The Special Investigation Team probing the mowing down of farmers by a car allegedly belonging to a Union minister’s son at Lakhimpur Kheri has said that the incident was a “planned conspiracy” and not “negligence or callousness.”

The SIT has moved court, asking for the 13 accused persons who have been arrested, including Ashish, the son of junior home minister Ajay Mishra, be charged with “attempt to murder”. Ashish is the main accused in the case.

Other charges that the SIT has demanded be added are those for voluntarily causing grievous hurt by dangerous weapons and acts done by several persons in furtherance of common intention.

Journalists have tweeted what is reportedly a copy of the SIT’s letter to a judge asking for the above.

In the letter, written in Hindi, SIT investigation officer Vidyaram Diwakar says, “The incident was a deliberate act and not of negligence or callousness.”

Times of India has reported that the SIT has demanded that charges of rash driving, causing grievous hurt or death by negligence be replaced in the charge sheet.

Four famers were killed on October 3 at Boolgarhi of Lakhimpur Kheri, allegedly after a vehicle in Ashish Mishra’s convoy ran them over. Violence in its aftermath killed four more people, including a journalist.

On November 17, the Supreme Court had appointed three IPS officers – S.B. Shirodkar, Deepinder Singh and Padmaja Chauhan –  to this SIT, having earlier called for an “upgrade” of this team.

The Supreme Court had earlier expressed dissatisfaction over the composition of the investigating team and said most of the officers in the team were of sub-inspector grade from the Lakhimpur Kheri region.

It also appointed Justice Rakesh Kumar Jain, a retired judge of Punjab and Haryana high court, to monitor the investigation.

On October 20, the court had rapped the Uttar Pradesh government, saying the Adityanath dispensation was “dragging its feet” and also expressed concern that the case against Ashish Mishra was allowed to be “diluted” by clubbing it with the case of mob lynching.

“What it appears to us is that this SIT somehow or the other is unable to maintain investigative distance between the cases,” Justice Surya Kant had said.