The Union coal ministry had blamed lower production at thermal power plants on poor fiscal planning in states. Now it would seem this was not true. 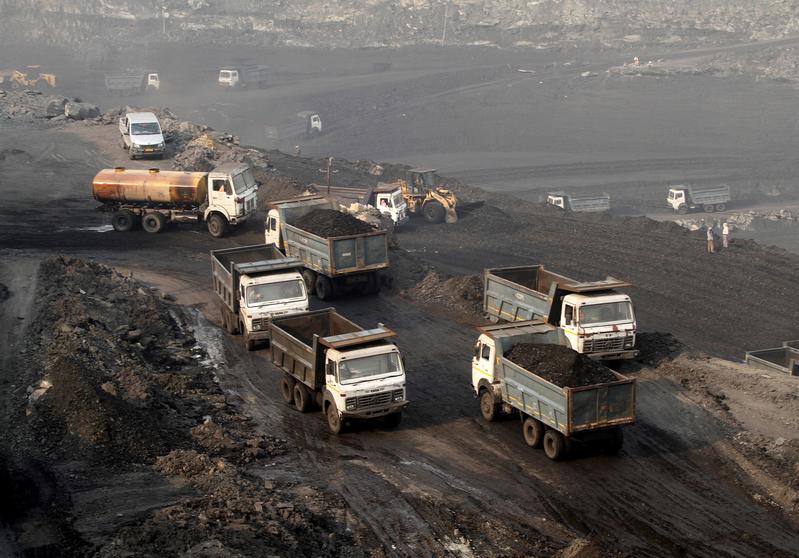 The Union environment ministry permitted this through an office memorandum dated May 7 and used the excuse of “huge pressure” on domestic coal supply, after being requested by the Union coal ministry.

The decision suggests that India is really facing a coal crunch – contrary to the coal ministry’s insistence so far that it wasn’t a coal crisis but a payment crisis.

Around 75% of India’s electricity is generated by coal-fired thermal power plants. India is the world’s second largest coal importer but also mines coal from reserves around the country.

Due to its social and environmental impact, coal-mining is restricted by various laws and regulations. One requirement to open or operate a coal mine is to conduct an environmental impact assessment (EIA) and consult the people affected by the mine.

Mining companies have to submit a seasonal or annual EIA to know the environmental impact of their activities. Companies and officials of the local administration have to share these results with local communities and address their concerns in a public hearing.

Both EIAs and hearings are mandatory for an environmental clearance, which the Union environment ministry issues. Without this clearance, mining firms can’t operate.

But the ministry has been altering some of these norms since 2017. It also made some changes last month such that expanding some developmental projects will no longer require new public hearings. It also exempted some projects from environmental clearances and extended the validity of the clearances of others – including mining contracts.

For example, while clearances for mining projects are currently valid for up to 30 years, this could be extended to 50 years if an expert appraisal committee examines it every five years after the first 30 years.

This time, in an office memorandum dated May 7, the environment ministry said coal mines with existing environmental clearances to increase their production by up to 40% can go up to 50%. They will not require a revised EIA or new public consultation to justify the additional capacity.

This change in norms will be valid for six months, according to the memo.

The environment ministry said it made this decision in response to an “exigency” reported by the coal ministry.

Experts are becoming more concerned that the ministry is pushing such significant changes through office memos – instead of as draft amendments to existing laws. This doesn’t mean office memos are the sole problem: the government has also rammed through projects to which local communities have objected.

For example, the Chhattisgarh government recently approved tree-felling in the Hasdeo Aranya forests to clear the area for a coal mine. The deforestation and mining will likely displace hundreds of people. They have also protested vehemently, to no avail.

The coal ministry’s request is an admission that India is really facing a coal shortage. This is contrary to what the ministry has been saying for the last two months.

In late March, Union coal minister Prahlad Joshi said, “Production is taking place in huge quantities”. The ministry also said that through “considerable increase in domestic coal production, India has achieved a significant reduction in import of coal despite a surge in power demand.”

In early May, the Union minister of state for MSMEs Bhanu Pratap Singh Verma also ruled out a coal shortage in India. If such a problem arose, the government would tackle it, he told reporters.

But several state governments had alleged that a coal shortage was the real problem – because it was affecting power production at thermal power plants. The Union coal ministry blamed this on the states’ poor planning and non-payment of dues. Now it would seem this rebuttal was not true.

A recent fact-check found that coal at 109 out of 173 thermal plants in India was running critically low. The Indian government has also urged states to import more coal for the next three years. India is also planning to reopen more than 100 mines to meet the surging energy demand – mines that were once considered financially infeasible.