If implemented, the move would reduce the price gap between coal-fired power and renewables, and potentially impact Modi's plan to increase the adoption of green energy. 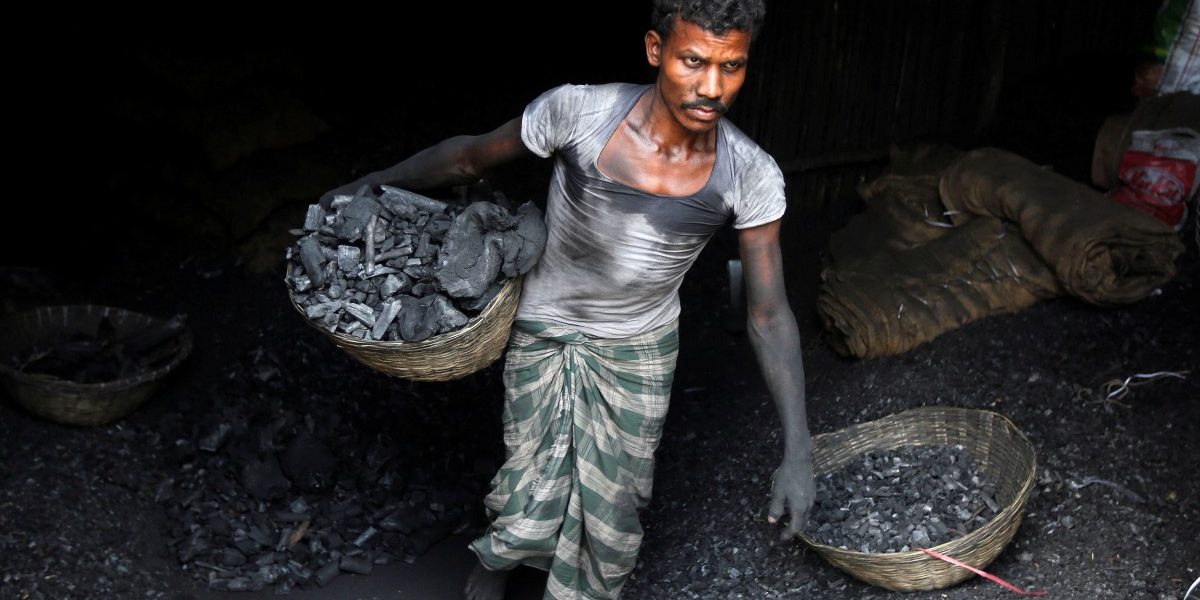 A worker carries coal in a basket in a industrial area in Mumbai, May 31, 2017. Photo: Reuters/Shailesh Andrade/Files

New Delhi: Prime Minister Narendra Modi’s office has proposed waiving a tax on coal to help finance pollution-curbing equipment, according to documents, but the move would also make coal more competitive in price with solar and wind energy.

Modi’s office has proposed waiving the carbon tax of Rs 400 ($5.61) per tonne that was levied on the production and import of coal, according to the documents reviewed by Reuters.

The documents say the savings would improve the financial health of utilities and distribution companies, and help the power producers to install pollution-curbing equipment.

The prime minister’s office and the power ministry did not respond to requests seeking comment on the proposals and when a decision was likely to be made.

Despite struggling with some of the world’s worst air pollution levels, India has already pushed back a deadline to cut emission levels to up to 2022.

Over half of India’s coal-fired plants are already set to miss a phased deadline starting Dec. 2019 to cut emissions of sulphur oxides, which have been proven to contribute to lung disease.

Hardik Shah, deputy secretary at Modi’s office, advocated waiving the carbon tax on coal in an October note to the top bureaucrat at India’s power ministry, seen by Reuters.

“A possible solution is to waive the goods and services tax (GST) compensation cess..on coal,” Shah said in the note on the installation of equipment to cut emissions of sulphur oxides.

Shah argued for a waiver saying even if India ensured adequate financing to power plant operators to install the equipment, it would lead to higher electricity tariffs that would further burden distribution companies that buy power from utilities.

The proposal comes at a time when India is set to open up coal mining to global mining companies for the first time. An implementation of the proposal would provide a fillip to state-run Coal India, whose stock has lost a fifth of its value over the last 12 months.

Thermal power companies, in addition to emitting greenhouse gases, accounting for 80% of all industrial emissions of particulate matter, sulphur and nitrous oxides in India.

The average rate at which coal-fired power is sold to distribution companies stands at about 3.50 rupees per unit, according to a Reuters analysis of data provided to the power ministry by many Indian utilities in October.

That compares with an average cost of 2.50 rupees to 3.00 rupees for renewable energy projects. The current carbon tax on coal contributes to 0.25 rupees per unit, according to industry estimates.

If implemented, the move would reduce the price gap between coal-fired power and renewables, and potentially impact Modi’s plan to increase the adoption of green energy.

Also read: Trouble: In Parts of Bihar, the Amount of Arsenic in Atta Is on the Rise

“Cutting taxes on coal would impact the growth of renewable energy as well as the transition away from coal,” said Nandikesh Sivalingam, Director at Center for Research on Energy and Clean Air (CREA).

The prime minister’s office says installation of pollution cutting equipment would cost companies 0.30-0.35 rupees per unit and hence the removal of the carbon tax would help companies meet emissions targets while ensuring electricity costs do not rise.

But it will be a one-time cost and going forward, coal-fired utilities would be able to compete better with renewable energy.

The proposal, if implemented, would cost India over 3% of its total indirect tax collection, which has been falling due to a broader economic slowdown.

Abolition of the cess could also subject the federal government to further criticism from state governments since they received the realised revenue from the government to compensate for shortfalls due to the implementation of a new tax structure in 2017.

Modi’s office says if no waiver is given, some form of government subsidy would have to be given by states to keep the power producers functioning and the carbon tax abolition would make up for some shortfalls.