How Effective Was Modi's 'Tika Utsav'? Not at All, According to the Data

Contrary to what was expected of the 'vaccine festival' – inoculating maximum people in the shortest time – the number of new vaccine doses in those four days fell compared to the previous days. 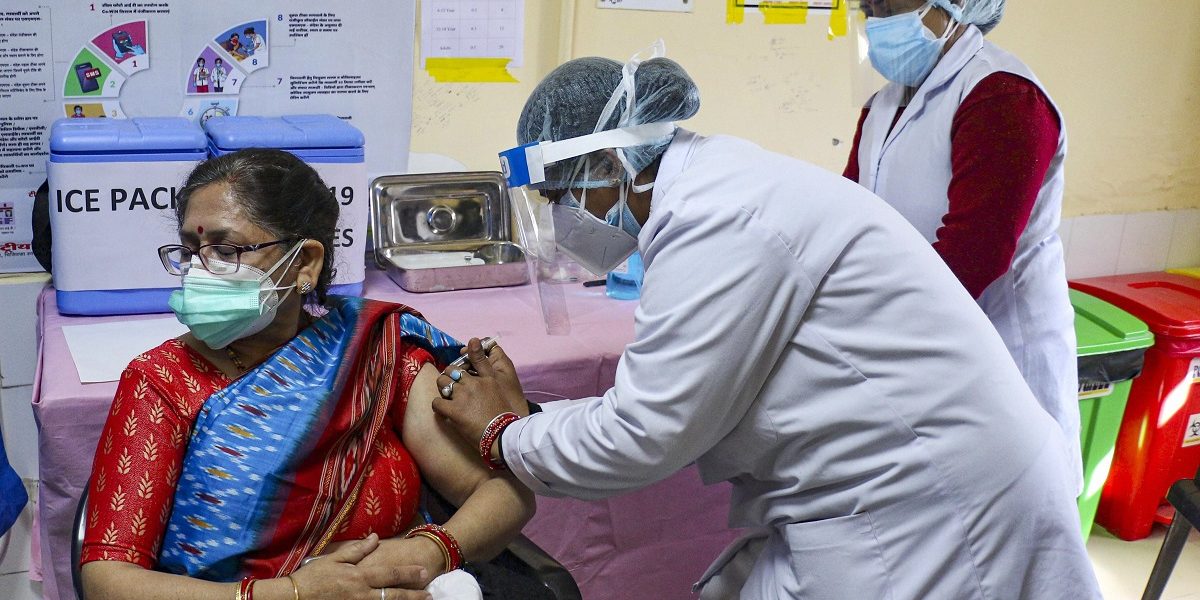 A medic administers the first dose of Covishield vaccine to a health worker at Jawaharlal Nehru Medical College in Ajmer, January. 16, 2021. Photo: PTI

New Delhi: Prime Minister Narendra Modi had announced a ‘Tika Utsav’, or a vaccine festival, between April 11 and 14, with the purpose to inoculate the maximum number of eligible people in the shortest time. In a virtual meeting with all chief ministers, Modi said he believed the ‘Tika Utsav’ would help in “creating a sense of achievement” for people after getting vaccinated.

However, the number of new vaccine doses in those four days of the so-called vaccine festival was less than other days in April, raising questions over the effectiveness of the ‘Tika Utsav’.

In the graphic below, the bars before April 11 clearly show the decline in the number of vaccine doses administered during the ‘Tika Utsav’. In fact, the way the ‘Tika Utsav’ was publicised didn’t seem to bear any fruits.

Union health minister Harsh Vardhan said that the country has more than 43 million COVID-19 vaccine doses in stock or in the pipeline despite several states complaining about a shortage of vaccines. The Kerala chief minister on April 12 wrote to Harsh Vardhan citing concerns over lack of vaccines in the state.

According to the Indian Express, Vijayan in his letter stated, “Kerala has a 45-day action plan for vaccination, which requires two lakh doses per day. But the state has received only 56 lakh doses of the vaccine and 48 lakh doses have been administered till April 11. The existing stock would meet the vaccination plan for the next three days.”

India is currently procuring two vaccines – Covaxin and Covishield – for the COVID-19 vaccination programme. It recently approved the use of the Russian Sputnik V COVID-19 vaccine in the country.

India has reported a record 200,739 COVID-19 cases on Wednesday, according to data issued by the health ministry. Deaths stood at 1,038, taking the total to 173,123. The country’s total case load reached 14.1 million, behind only the US, which leads the global tally with 31.4 million cases.