Modi Must Change Course and Scrap the Citizenship Amendment Act

However, since Modi does not have a reverse gear in his psyche, a retreat by him is almost inconceivable. 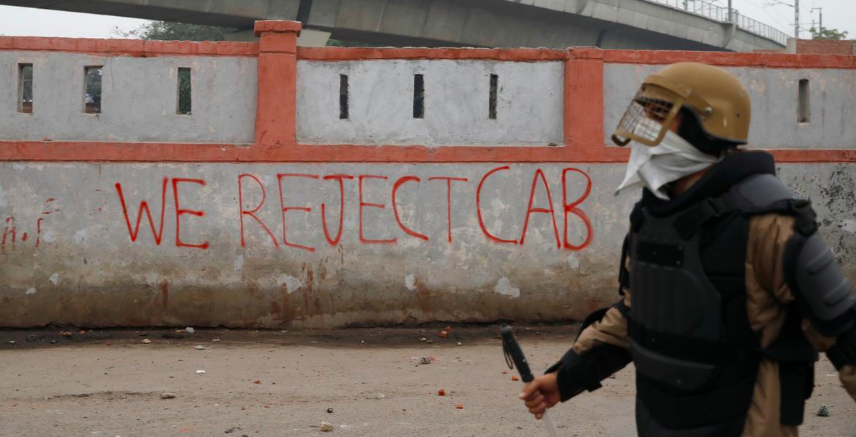 History is being made in India today.

For only the second time since Independence, virtually the entire political opposition has joined in the defence of the two core values of the Indian state: secularism and equality before the law.

The trigger is the Modi government’s passage of the Citizenship Amendment Act, by brute majority, in just three days in the Lok Sabha and the Rajya Sabha, without any prior consultation or discussion with other political parties or civil society organisations in the affected regions.

As Prashant Kishore, the general secretary of the ruling Janata Dal (United) in Bihar, has pointed out, it is the combination of the National Register of Citizens and the Citizenship Amendment Act, that has struck at the roots of secularism and the rule of law in India. These have plunged the country into a witches’ brew of fresh anxieties just when it needs to focus all of its attention on combating the economic and unemployment crisis that has overwhelmed the country.

Seven state governments have already announced that they will not implement the Citizenship Amendment Act. These include not only the Congress ruled states of Rajasthan, Madhya Pradesh, Chhattisgarh and Punjab, but also Kerala, West Bengal and Bihar.

Also read: Modi 2.0 and the State of National Paranoia

Tamil Nadu has not joined the boycott yet, but is likely to do so because the 3,04,000 Tamil refugees who have been living as stateless citizens in India for as long as 36 years have not been included in the Act.

Maharashtra is also teetering on the brink: the Shiv Sena had voted for the Bill in the Lok Sabha, but boycotted the voting in the Rajya Sabha.

Violence erupted in Assam, Nagaland, Manipur, Mizoram, Arunachal Pradesh and Meghalaya. While many in Assam have joined the protest because exempting Hindu refugees will open the floodgates for swamping the Ahom culture, whose protection had been guaranteed by the Assam Accord sculpted by Rajiv Gandhi in 1985, the five hill states are afraid that it will push those declared stateless in Assam now, and future migrants from Bangladesh into their lands. This is threatening to re-awaken an atavistic nationalism in a vast section of the youth of these states that bodes ill for India’s future unity.

This was underlined by the Imphal Times on December 14 in an extended opinion piece that sent a chill down my spine as I read it.

“The hidden agenda of the Government of India may be to replace the Mongoloid population with Aryan population. The strategy they have adopted is through population invasion-war without arms…The main focus of mainland Indians is how to keep the north-east people divided in the name of political parties, ethnicity and religion…The people of North-East view the Bill as a threat to their very existence. Many student organisations expressed that ‘We will not accept any law that will take away our Rights as indigenous people.”

To any government not blinded by an atavistic ideology and besotted by its recent success at the polls, the current unrest would have been a storm signal demanding an immediate change of course. There are many in the BJP who are fully aware of this. But the Modi-Shah duo is not among them.

Faced with student unrest in Delhi on Sunday the government has responded in a manner made familiar by Modi and Shah’s 12-year tenure in Gujarat. Modi has not only gone on the attack, but made the Muslim community the villains of the drama.

Police closed all roads leading to Okhla, broken down the gates of Jamia Millia Islamia, attacked students who, they claimed, had been pelting them with stones from inside the compound, broke into the library where students were studying for their examinations, manhandled them, and eventually arrested 50 of them.

From Jharkhand, Prime Minister Modi left none of the millions who heard him on TV in any doubt about the identity of “the mob” which was supposedly resorting to violence: “Bhaiyo aur beheno”, he said, “ you can tell who the rioters are by the clothes they are wearing”.

This is probably the first time the head of government in a democratic country has painted a target on a single community’s back in the way that Modi did in Jharkhand on Sunday.

And yet, the Modi-Shah duo is learning that it cannot rule India through terror as it ruled Gujarat till 2014. Student unrest has been spreading rapidly and has now engulfed Sikkim at one end of the country and Bengaluru at the other. In its desperation, the Modi government has  begun to treat more and more parts of the country in the way that it has been treating Kashmir: the internet has been, and remains, shut down for varying periods in Assam, the north-eastern states, four districts of Bengal, and Aligarh.

In Delhi, the Central government closed metro stations all the way till the north campus of Delhi university and the subway stations around JNU, to prevent as many students as possible from joining the protest in front of police headquarters on Sunday night.

But even a child could tell Modi and Shah that escalating repression has not worked in any country in the world, because it breeds the very opposition to the government that it is using force to crush.

The government still has time to make a face-saving withdrawal from the NRC and CAA in their present form.

Since Prime Minister Modi does not have a reverse gear in his psyche, a retreat by him is almost inconceivable. It will, therefore, need other, cooler, minds in the BJP and RSS to remind him and Shah that the only states in which the people or the state government are not in a kind of rebellion against the Centre are Himachal Pradesh, Haryana, Uttarakhand, Gujarat and, for the moment, Karnataka and Jharkhand. But these states, together, make up no more than a quarter of the population and a quarter of the land area of India.