Lawyer-activist Prashan Bhushan and former BJP leaders Yashwant Sinha and Arun Shourie held a joint press conference in which they claimed "the purpose of the new deal was to 'kick out' HAL and give the offset contract to Reliance". New Delhi: The controversy over the purchase of 36 Rafale fighter jet planes by the Narendra Modi government is getting hotter. Other political leaders and civil society activists too are beginning to raise questions on the secrecy around the defence deal with French company Dassault Aviation. The Congress has held a series of press conferences in the last few months to highlight alleged irregularities and cronyism in the deal finalised by BJP-led NDA government.

On Wednesday, eminent advocate and activist Prashant Bhushan and former BJP leaders Yashwant Sinha and Arun Shourie put the Union government in the dock for maintaining a conspicuous opacity around the issue, which has become one of the most fiercely debated issues of the Modi regime. They alleged multiple instances of bypassing of regulations and lack of transparency in the deal, which they said caused a great loss to the exchequer and may have “jeopardised national security”. They also said the losses made by the government appear to have profited one private company, the Anil Ambani-owned Reliance Infrastructure Limited, which secured the offset contract arising out of the purchase.

They presented a detailed, point-by-point, draft that pointed out several irregularities in the way the deal was struck in 2015. The trio also drew attention to various inconsistencies in the versions that the government has advanced from time to time.

Loss to the exchequer

The leaders pointed out that when PM Modi announced that India would purchase 36 Rafale aircraft in a “fly-away” condition in April 2015 during his visit to France, he not only violated many protocols, but also overlooked the previous, cheaper, deal struck by the UPA government.

Also Read: Documents Prove the Rafale Transaction Is a Case of Criminal Misconduct

They said the UPA government had negotiated a deal with Dassault after an official bidding process, following which Dassault Aviation was given the contract to hand over 18 Medium Multi-Role Combat Aircrafts (MMRCA) in a fly-away condition to India and assist the Indian public sector company Hindustan Aeronautics Limited (HAL) to manufacture another 108 aircraft by transferring its technology. The request for proposal that the UPA issued included cost of initial purchase, transfer of technology and licensed production among others. The deal would have cost India Rs 42,000 crore, the leaders said.

However, Modi overlooked the earlier deal and negotiated the purchase of 36 aircraft at a cost of Rs 60,000 crore (according to documents released by Dassault and Reliance). The trio said this figure is “embarrassing for the government” as each aircraft would cost Rs 1,660 crore. 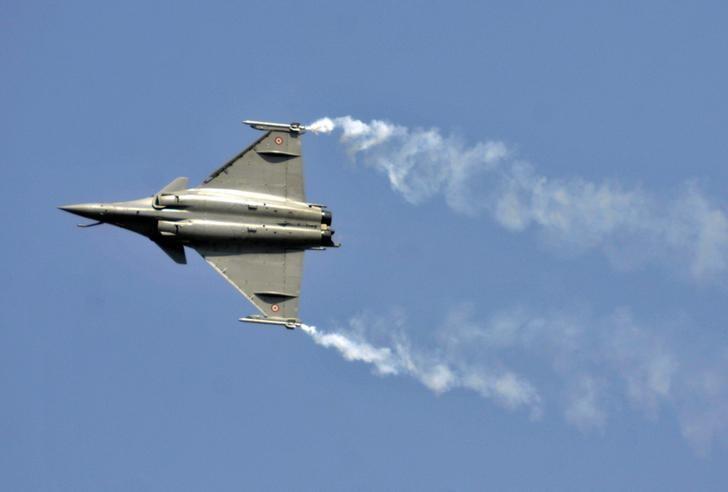 The leaders said this is an even bigger figure than the one estimated by then defence minister Manohar Parrikar in an interview to Doordarshan. Parrikar had pegged the amount as Rs 90,000 crore for 126 planes, which works out to Rs 715 crore per plane. They pointed out Parrikar’s interview was only a few days ahead of Modi’s announcement of the purchase of 36 aircraft from Paris, indicating that the defence minister may not have been in the loop before the final deal was struck.

The trio said this figure is “embarrassing for the government” as each aircraft would cost Rs 1,660 crore.

Additionally, the new deal did not figure HAL in the picture and did not mention transfer of technology clause, causing further damage to the country’s exchequer.

Inconsistencies in the government versions

Shourie, Bhushan and Sinha also hinted at the possibility of the government deliberately denying information regarding the contract, highlighting several examples. First, Parrikar did not know about the new agreement with Dassault. Or else, why would he talk about buying 126 planes only a week before the final agreement, the trio asked.

Second, only two days before Modi announced the deal, the then foreign secretary S. Jaishankar briefed the press about Rafale on April 8, 2015. He spoke about HAL’s involvement and added that Modi’s visit to France was a “leadership-level” one and the “ongoing defence contracts” were on a “different track”. Yet, Modi announced an entirely new deal two days later.

Three, the India-France joint statement indicated that the new agreement was more favourable to India than the UPA negotiated one, ensuring the aircraft are delivered at a much reduced price. However, the leaders pointed out that the government was yet to reveal the price, but Dassault and Reliance’s documents show that the aircraft were bought at a price three times higher than the deal UPA had negotiated.

They further said the joint statement also indicated that the price could not have become higher because of newly added aircraft configurations. The joint statement says clearly “the aircraft and associated systems and weapons would be delivered on the same configuration as had been tested and approved by Indian Air Force (during the UPA government)”.

Regarding the response of the government that the new deal was struck because of an urgent requirement in the Indian Air Force, the leaders said:

“All that was said by government sources in justification was that the Air Force needed the planes urgently and that these 36 planes would reach India within two years. Three years later, the aircraft are nowhere in sight. It has in fact been announced in parliament that the first Rafale fighters will come only by September 2019 (four-and-a-half years after the prime minister’s announcement). The full-pack of 36 aircraft will not be available to India till mid-2022.”

When the new deal was announced in April 2015, it was not approved by the cabinet committee on security. They said there was clear evidence that the defence ministry violated many defence regulations and procedures when the deal was being materialised.

They also questioned the government on why it did not invite fresh tenders despite the fact that one of the original bidders, Eurofighter GmbH, had “formally written to the the then defence minister Arun Jaitley on July 4, 2014, offering to reduce the cost of the Eurofighter Typhoon by a full 20%?”

The most severe charge they made against the government was that the purpose of the new deal was to “kick out” HAL and give the offset contract to Reliance. Claiming that it was one of the most blatant instances of cronyism, the leaders asked how could Reliance Defence Limited – a subsidiary of RIL – which was formed only 10 days before the new deal was signed, had no previous experience of aerospace manufacturing and no factory unit, could get the biggest defence offset contract in Indian history. They were pointing towards the contract that the joint venture company between Dassault Aviation and Reliance Defence Ltd secured to maintain and repair the newly-bought 36 aircrafts. The offset value is Rs 30,000 crore and a subsequent lifecycle contract amounting Rs 1 lakh crore was also given to the joint venture.

“Neither Reliance Defence nor any of its allied companies have any experience of manufacturing aerospace and defence equipment. Its Pipavav Shipyard is facing serious difficulties in building Offshore Patrol Vessels (OPVs) for the Navy – a long-delayed order that is impacting the Navy’s operational effectiveness. In contrast, HAL has over 60 years of experience in aircraft manufacturing.”

Secrecy around the deal

The most severe charge they made against the government was that the purpose of the new deal was to “kick out” HAL and give the offset contract to Reliance.

Even as the allegations on the government piled up, the union government has not revealed either the cost of the plane or why HAL was denied the offset contract. Defence minister Nirmala Sitharaman has said that since these are issues of national security, the details could not be divulged because of a secrecy clause.

However, Bhushan, Sinha and Shourie pointed out several contradictions in this explanation. They said the same government had disclosed the details of the deal on the floor of the government and questioned why the secrecy clause was not adhered to then.

“In fact, on November 18, 2016, in response to a question asked in the Lok Sabha on the acquisition of fighter aircraft, the MoS, Defence stated that, Inter-Governmental Agreement with the government of French Republic has been signed on September 23, 2016 for purchase of 36 Rafale aircraft along with requisite equipments, services and weapons. Cost of each Rafale aircraft is approximately Rs 670 crore and all the aircraft will be delivered by April 2022.”

They claimed the government was “definitely trying to hide something” when suspicions have emerged around the deal. They also cited examples of cost of defence contracts made public on several occasions by different governments.

“Even more conclusive is the fact that the secrecy clause in the agreement binds India not to disclose the technical specifications and operational capabilities of the aircraft. It does not bind India to keep the price secret. In fact, French President Emmanuel Macron himself stated explicitly in March in an interview to India Today that how much is to be disclosed in this regard is entirely up to the Indian government,” the leaders added.

In the end, the leaders said the unfolding of the Rafale deal bears much similarity to the infamous Bofors scam in the 1980s where too the government insisted on not disclosing the details. Later, it became evident that the Congress government was trying to hide high-level corruption.

In the end, the trio urged the parliament and media to follow up on the case. “The entire transaction is thus a textbook case of criminal misconduct, of misuse of public office, and of enriching parties at the expense of the national interest and national security,” they said.