Batting for Modi: Fulminating Against the 'System' is the Best Way to Ringfence Him

In a virtuoso performance, one of India’s veteran journalists eats the cake even as he is having it. 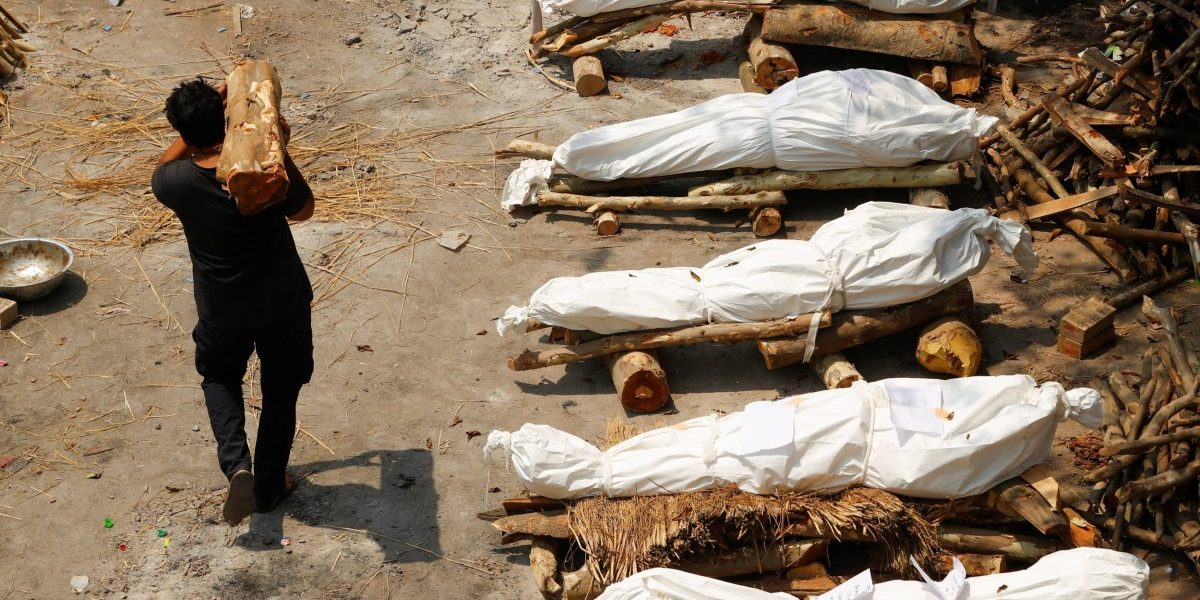 “Let everyone abandon thee if they will, Mother – but know that I never shall.” This is the opening line, and refrain, of a well-known Rabindranath Tagore song: “Je tomaye chhare chharuk/ Ami tomaye chharbo na, Ma..” I doubt if veteran editor Prabhu Chawla is familiar with these words, though he seems to have imbibed their spirit with admirable fullness.

His ‘Open Letter to Prime Minister Narendra Modi’ is a breathtaking feat of self-aggrandising bhakti performed even as his Leader’s make-believe world of sham statesmanship, empty bombast and plain skulduggery falls in a heap around leader and hapless bhakt alike. It is a remarkable rearguard action mounted to salvage hopefully two reputations – his own and his Leader’s (or rather, The Leader’s).

Maybe the fact that both these reputations are largely figments today makes his job that much harder, but trust a hack to not give up the good fight without firing a shot. Indeed, Chawla lets off not one shot but a regular fusillade. It is instructive to examine the projectiles he so spiritedly hurls at his audience, for make no mistake, this ‘Open Letter’ is not for the Leader’s eyes, it is meant for us, unwary readers who, Chawla hopes and prays, will fall for his ersatz eloquence hook, line and sinker.

Also read: ‘If People Can’t Breathe, What Will They Do With a New Parliament?’

And what eloquence, really! “As the pyres blaze day and night like the hopes of India burning and the people gasping for breath…” maybe is a bit of a mixed metaphor that lost its way somewhere, but it will be churlish to complain. For this impressive opening salvo leads us straight to item one on Chawla’s agenda: establishing the ‘chronology’.

“When India chose you twice, over 1.3 billion of countrymen were convinced that you, the first genuine non-Congress politician, are their best hope for a New India.” A magnificent sleight-of-hand here transmutes the BJP’s vote share in the 2014 and 2019 general elections –  31% and 37%, respectively – into an endorsement by ‘over 1.30 billion of countrymen’. Also makes him ‘the first genuine non-Congress politician’: move over EMS Namboodiripad (the first non-Congress chief minister in 1957), Morarji Desai (the first non-Congress Prime Minister in 1977) and ‘saintly’ (Chawla’s words) Atal Bihari Vajpayee (non-Congress Prime Minister not once or even twice but three times, to first arrive in 1996, or a good 18 years before the Leader came along) – you were hardly the ‘genuine’ stuff. And, horror of horrors, you failed in every which way conceivable, including to ‘tame corruption’ and ‘minimise minority appeasement’.

The Leader, by contrast, has weathered many storms and earthquakes and ‘formidable cabals.. working against (him)’; he was ‘hailed for containing the virus faster than other countries’ and ‘applauded for encouraging indigenous manufacturers to invent and produce the vaccine within a minimum timeframe’; citizens have ‘always trusted the slogan ‘Modi hai to Mumkin hai”, for soon after the Leader’s ‘arrival on the national scene, Indians got a place of pride everywhere… were most sought after because they belonged to a nation which was ruled by a popular and powerful leader with a mission and a vision’; the Leader made them doubly proud ‘by declaring that India would become a $5 trillion economy’; and what all this meant was that Indians ‘were… adored’. And all this was possible because the Leader’s ‘motto was: let work speak, not the leader’’.

With the chronology set firmly front and centre, Chawla now moves triumphantly to item two on his agenda: the hallowed cause and effect theory. ‘The success of a leader’, Chawla solemnly affirms, ‘depends on the success of team members’. Yes, even the Superman leader can, sadly, hope to rule only through ‘the team’ that has assembled around him, so that floundering and failing team members are bound to drag even the best leader, he with ‘a mission and a vision’ down. Tragic, but true. Note here that ‘the team’ forms of its own accord, obeying the iron laws of ‘the system’, becoming, in course of time, the ‘system’ itself, and even the Leader can do precious little about it. He cannot but ‘trust’ the system that it has fallen to his lot to work with and through. Perish the thought of packing the prime minister’s office with one’s own men. Chawla can now drive straight to the heart of his thesis: that the Leader has been singularly unlucky to have been landed with a dysfunctional system. The cock-handedness of the men who constitute the system, the ineptitude of the Leader’s ‘trusted lieutenants’ who have ‘betrayed’ his trust – these are the reasons why India is where she finds herself today, over head and ears in misery. So, alas! ‘The system has failed to anticipate the catastrophe at our doorstep’.

Also read: What Government’s New COVID Advisory Doesn’t Say Is as Important As What It Does

The system, habitually ham-handed, failed to ‘place enough orders’ for vaccines, instead ‘embarking on an ill-conceived Vaccine Maitri’. Even the Leader’s ‘agonising sentiments’ (presumably his sense of ‘pain’ at ‘the suffering of the people’) failed to ‘strike his team’ with sufficient force in time. Indeed, the ‘system’ has been infested by ‘toadies, fair-weather civil servants, ladder climbers and semi-educated scientists’ to such an exasperating degree that it was inevitable that India would be staring at the apocalypse sooner rather than later.

But the Leader’s ‘heart has always been in the right place’, Chawla reminds everyone who is listening, just in case they forgot or were losing faith. And since the Leader’s heart is heavy today with ‘sadness’, he is keeping mum, presumably in the belief that it is the right thing to do at this juncture. But Chawla urges the Leader to urgent action by way of ‘axing sycophants and saboteurs’ who have brought the current impasse about. Yes, there are ‘saboteurs from within’ whose ‘target is to destroy Brand Modi’.

In other words, the system has been infiltrated by egregiously cynical elements who are intent on showing the saintly Leader in poor light. It is these elements who must be purged from the system, and purged now, ruthlessly, relentlessly.

Chawla’s ardent peroration rises to passionate heights at the end: ‘Ailing India is still looking to Modi for hope, not hopelessness’. He believes he has succeeded in investing the Leader with tragic grandeur: his heart in the ‘right place’, implicitly trusting his aides, the Leader is being seriously and determinedly undermined by scheming saboteurs. If tens of thousands of Indians are dying every day it is only because these unscrupulous and self-serving rogues want to spite the Leader and will not let him do the right thing by his country.

Narendra Damodardas Modi, MA (Entire Political Science), is a character from high tragedy. So, caught in the web of his own goodness, does he still have it in him to shed the insincere incompetents who crowd around himself? And maybe co-opt well-meaning ‘professionals’ like Prabhu Chawla both to deliver on his own promise of ‘minimum government, maximum governance’ and  have the necessary repair-work done to his sadly battered image? As Hamlet-Modi ‘agonisingly’ dithers, Horatio-Chawla waits with bated breath. So do we, Chawla’s readers, as we marvel at his virtuoso act.

The System is dead, long live the System!