New Delhi: The Narendra Modi government has spent about Rs 5,000 crore on advertising during its tenure of nearly four-and-a-half years, as much as the Manmohan Singh government spent in the ten years it was in power.

According to information received from the Bureau of Outreach and Communication (BOC) through a Right to Information application filed by activist Ramvir Tanwar, the amount that has been spent in propagating the schemes of the Central government from mid-2014 to September 2018 amounts to Rs 4996.61 crore.

The BOC, which works under the Ministry of Information and Broadcasting, is responsible for advertising the work of various ministries and departments of the government of India. Some autonomous institutions also funnel their advertisements through the BOC.

The government has spent a lot of money in outdoor publicity for schemes like Bharat Nirman, Yoga, Beti Bachao Beti Padhao and Aadhaar.

The greatest amount has been spent in print advertising. The government has spent a lot of money in outdoor publicity for schemes like Bharat Nirman, Yoga, Beti Bachao Beti Padhao and Aadhaar. A total of Rs 3.27 crore has been spent since 2014 on advertisements of the Unique Identification Authority of India (UIDIA). 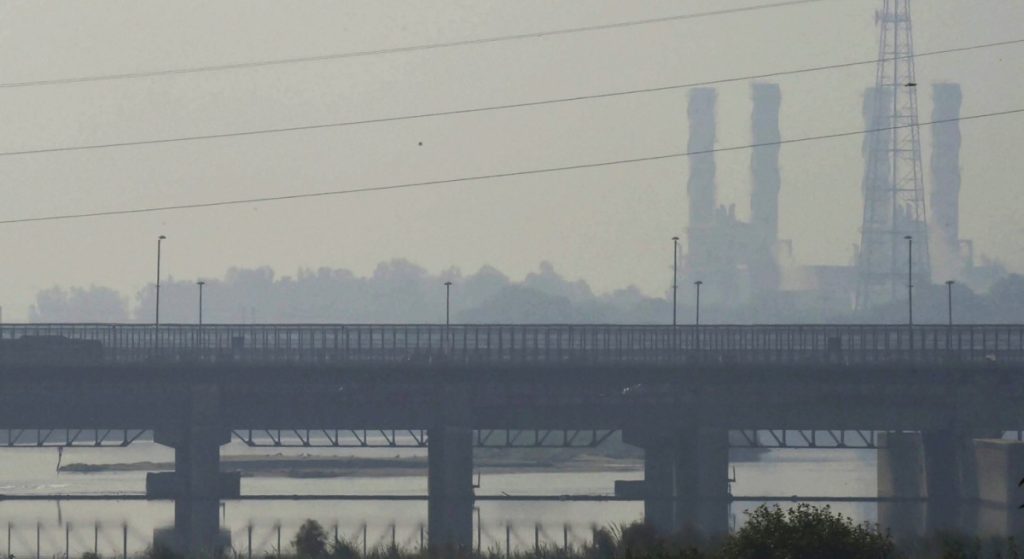 A view of Yamuna river as smog and air pollution continue to be above hazardous levels, in New Delhi on October 22, 2018. Credit: PTI

‘Funds available for publicity but not for environment’

Ramvir Tanwar, a resident of Greater Noida who worked on the issue of resuscitation of ponds, sought information about expenditure on advertisements by the Modi government through RTI. He says the government is spending public money without restraint for its own publicity, but when it comes to allocating money for the environment, it says it does not have adequate funds.

He said, “The government does not have the money to fight pollution but it has enough for self-publicity. Thanks to inadequate funding for the environment, many cities in India are joining the list of the most polluted cities in the world.”

The Modi government has faced questions about the money spent on its own publicity almost from the beginning of its tenure. Especially since the budgets it presented saw the amounts allocated for several social schemes cut.

Also Read: Modi Govt Has Not Released a Single Rupee for Rehabilitation of Manual Scavengers

According to a report from Factly, the amount spent on publicity during the NDA’s tenure is much more than what was spent by the UPA government.

The UPA government spent an average of Rs 504 crore rupees on advertising every year during its ten-year tenure.

By contrast, the Modi government has spent an average of Rs 1,202 crore on advertising and publicity each year. This, is more than double the annual amount spent on advertisements during Manmohan Singh’s time as prime minister.