The militants had fired on a search party and security personnel retaliated, said officials. 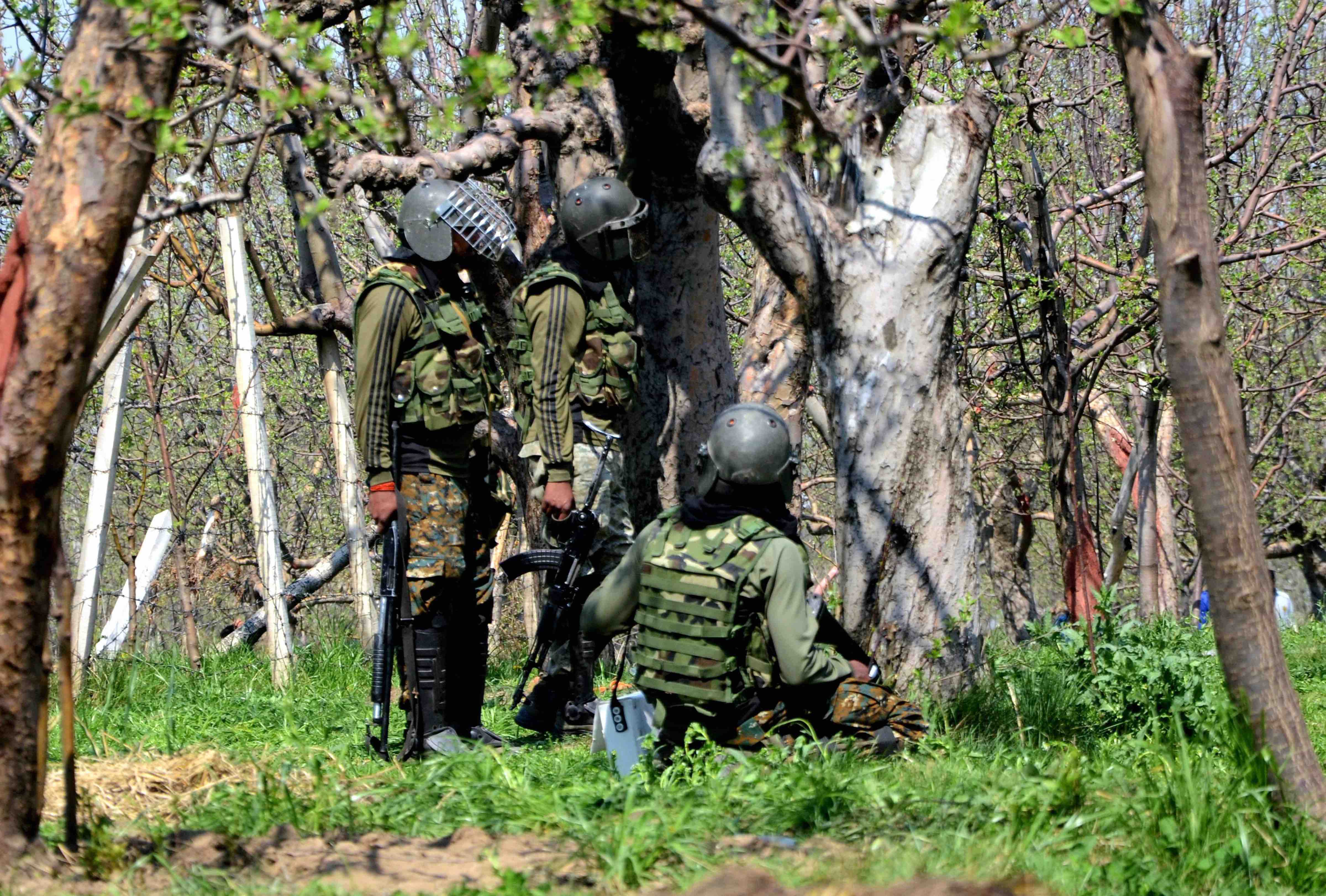 File image of Army personnel taking position behind trees during a gun battle between security forces and militants in Shopian, of South Kashmir. Photo: PTI/S. Irfan

Srinagar: Two militants were killed in an overnight operation by security forces in Jammu and Kashmir’s Shopian district, with one of them being gunned down on Wednesday morning, officials said.

The first militant was killed On Tuesday when an encounter broke out between the ultras and the forces at Melhora in the district’s Zainapora area, they said.

The militants had fired on a search party and security personnel retaliated, the officials said.

Searches are going on and the operation is in progress, they said.