Government officers across states are having a hard time understanding the Centre's directives. 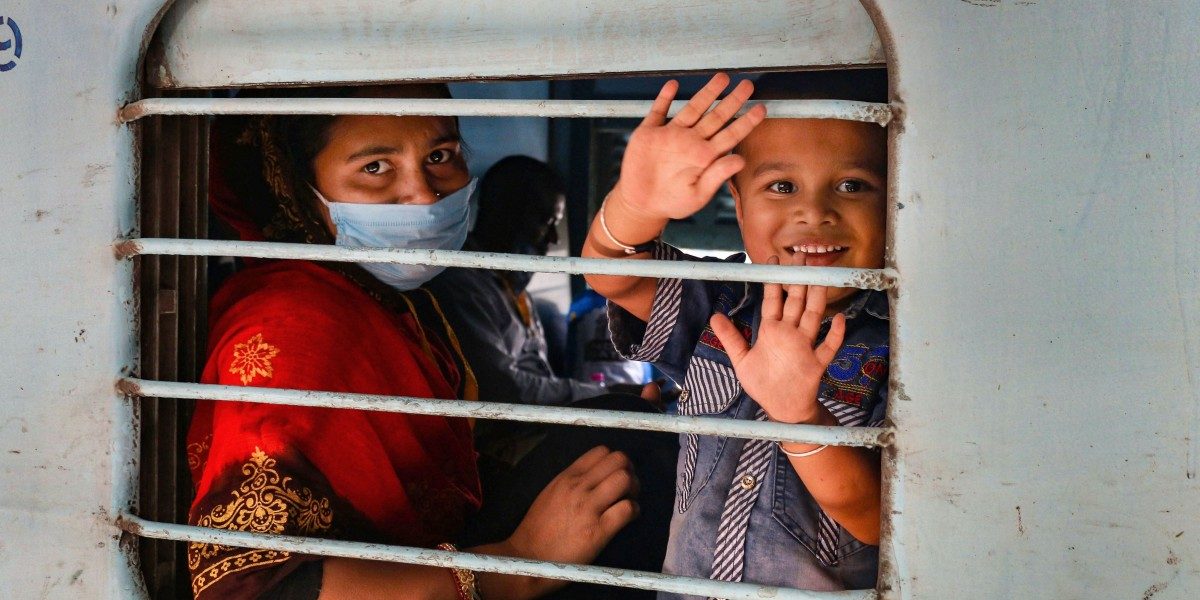 Migrant workers and others board a special train at Ajmer. Photo: PTI

New Delhi: Two days after the allowing the movement of ‘stranded’ persons back to their home states, on Sunday the Ministry of Home Affairs issued a ‘clarification’. It now appeared to make efforts to narrow down the scope of who would be allowed to travel by attempting to explain who, according to the Centre, is ‘stranded’.

“The facilitation envisaged in the aforesaid orders is meant for such distressed persons, but does not extend to those categories of persons, who are otherwise residing normally at places, other than the native places for purposes of work, etc., and who wish to visit their native places in normal course,” home secretary Ajay Bhalla’s May 3 letter to state chief secretaries read.

Bhalla is yet to clarify what the home ministry means by ‘residing normally’ and ‘wish to visit their native places in normal course.’

States are not certain how they are supposed to implement this. “How will we determine who came where, when, for what reason? And what do they mean by ‘just before lockdown’? The home ministry should also give us a road map for that. Do they have a way to know? Are we supposed to ask every migrant? And are we supposed to trust their responses? This attempt to micromanage by the Centre is not helping,” said an official in the Rajasthan government.

An official in the Jharkhand government said that the home ministry’s clarification has only led to more confusion. “We are breaking our head over understanding what this means. We have requests from lakhs of workers who are stranded across the country. What are we supposed to tell them? Does this clarification mean they can come back home or they can’t come back home? I really don’t know,” the official said.

“We will have to take our own decisions I think,” he added.

States in the north-east too are now grappling with the uncertainty on what is required to be done. They have received several calls and requests from students and workers who are stranded in different states and want to return home. But, with the home ministry’s latest clarification, it is not clear to them who can return home and who can’t.

According to a Hindustan Times report, it appears that the Centre is keen to send home the 1.4 million people who are living in relief camps being run by states and NGOs. “They are the people who have been really in distress and are stranded in every sense of the word,” a ‘government official’ told the newspaper.

However, there was no mention of this concern of the Centre’s in the clarification that was issued by the Ministry of Home Affairs on Sunday.

“If they meant relief camps, they should have said relief camps. How difficult is that? It’s quite bizarre,” the Rajasthan government official said.

Several ‘shramik special’ trains arranged by the Ministry of Railways carrying migrant workers have already left from states. Fifteen such trains have run so far and several are expected over the next few days.

The Centre has also mandated that those travelling in these trains pay normal fare plus a surcharge of Rs 50 per person.

Former president of the Congress party Rahul Gandhi criticised the move to charge migrants. “On one hand the Railways is extorting ticket fare from labourers stranded in different states, on the other hand the Rail Ministry is depositing donations of Rs 151 crore in PM Cares fund,” he said.

BJP leader Subramaniam Swamy too criticised the move. “How moronic of the Government of India to charge steep rail fares from the half starved migrant labourers! Indians stranded abroad were brought back free by Air India. If Railways refuse to budge then why not make PM CARES pay instead?” he said.

Also read: Kashmir’s Migrant Workers Face yet Another Lockdown at the Start of a Work Season

Samajwadi Party chief Akhilesh Yadav said that the move has made clear that the government at the Centre only works for the rich. “Migrants travelling back home being asked to pay for the train rides by the BJP government is highly shameful. It has become clear today that the ruling government waives loans for capitalists and businessmen and supports the rich. It works against those who are poor. At the time of crisis, exploitation is done by money-lenders not by the government,” he said.

“When our Government can recognise its responsibility by arranging free air travel for our citizens stranded abroad, when the government can spend nearly Rs. 100 crores on transport and food etc. for just one public programme in Gujarat, when the Rail Ministry has the largesse to donate Rs. 151 Crores to the PM’s Corona fund, then why can’t these essential members of our nation’s fabric be given a fraction of the same courtesy, especially free rail travel, at this hour of acute distress,” she added.

The BJP hit back and its spokesperson Sambit Patra said that the Centre has not asked migrants to pay for tickets and the Centre will bear 85% of the cost while the states bear 15%. He attached an image of press information bureau and highlighted the text “no tickets being sold at any station.”.

However, the railways had made it clear that it is not selling tickets at stations but issuing them to states on request, who will eventually charge the workers. It laid out the process in a release.