The website says the Valley's population is 5.35 lakh, when the actual number is over 69 lakh. 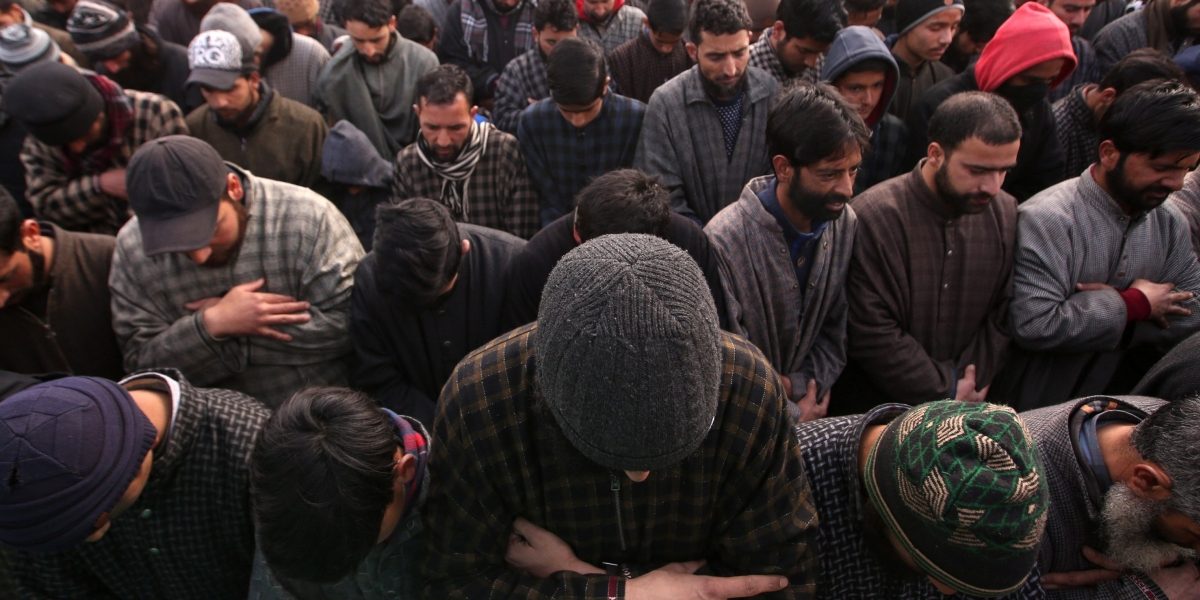 MHA’s website currently displays incorrect statistics regarding the population of the Union Territories of Jammu and Kashmir and Ladakh. The website states that the Kashmir Valley houses a total of 5,35,811 residents, while the Jammu region houses 69,07,623 residents, followed by Ladakh with 2,90,492 residents.

While this adds up to 77,33,926, the website shows the total as 1,25,48,926. Assuming the MHA data entry operators incorrectly typed the information for Kashmir, working back from the total and subtracting the stated populations for Jammu and Ladakh gives us 53,50,811, which is also not the correct population of Kashmir.

While the MHA quotes Census 2011 as its source, the Census itself tells a different tale. According to Census 2011, the population of Kashmir is 69,07,623 residents out of the total population of Jammu, Kashmir and Ladakh which is 1,25,48,926. The Kashmir valley comprises 10 districts – Kupwara, Bandipora, Baramulla, Srinagar, Budgam, Ganderbal, Pulwama, Kulgam, Shopian and Anantnag.

Not only does the MHA misquote Census 2011 in terms of the Kashmir valley’s population, it also adds up incorrectly the total population of the three regions. The population of Jammu is incorrectly quoted as 69.07 lakh, when it is only 53.50 lakh, according to the Census. 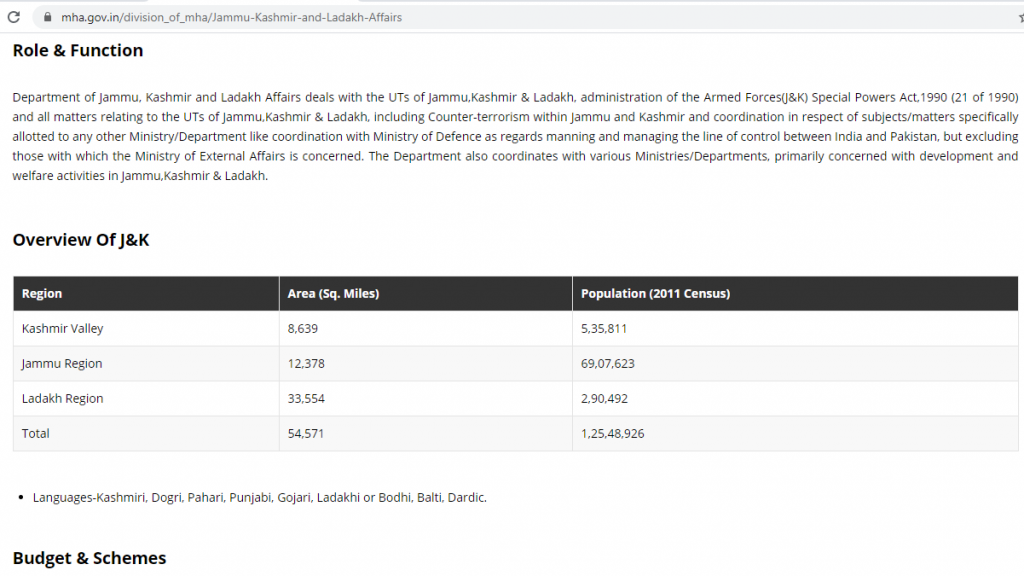 Screenshot of the website’s incorrect numbers, taken on January 17 at 3:00 pm.

While the Centre and the home ministry are moving at light-speed when it comes to taking spectacular decisions concerning Jammu and Kashmir after the state’s special status was revoked and it was bifurcated into two UTs, this error cannot be overlooked. More than 160 days have passed since Article 370 was diluted, and communication and other restrictions imposed on the Valley. While the MHA’s website has been updated to reflect the status of J&K as a UT, the “error” about the total population has not been corrected.

This error comes at a time when Kashmir has already become an international issue of debate and discussion and the world is watching every development in the Valley very closely. An official website run by the government misquoting its own Census becomes detrimental to reportage on Kashmir. In a total lockdown situation, government reports become the ultimate go-to sources when reporting about or even to merely understand an inaccessible area.

However, this error could lead to not only misinformation among domestic readers, but also among international organisations trying to comprehend the conflict as well the demographic reality of the region and how many people are reeling under the communication lockdown.