The MHA has also included a fine of $500 for violating the new rule, besides putting a ban of ten years on a person's entry for any such violations. 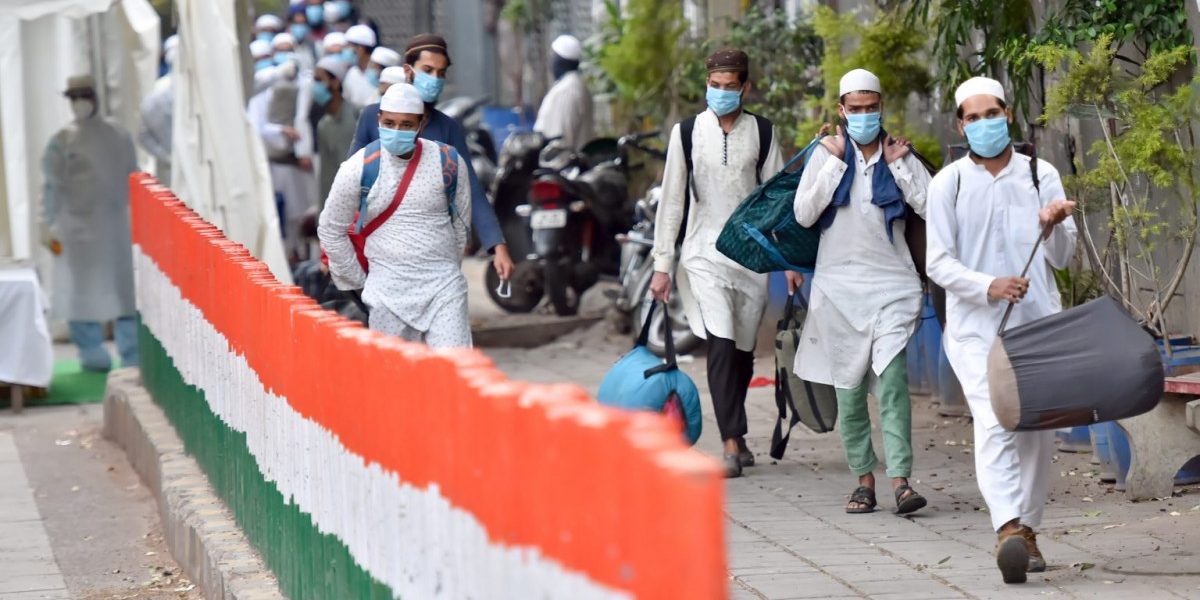 New Delhi: In a clear attempt to create hurdles for any foreign member of the Tablighi Jamaat (TJ) wanting to enter India from now on, even on a tourist visa, the Ministry of Home Affairs (MHA) has specifically inserted “engaging in Tablighi work” as one of the norms for visa violation in India’s general visa policy guidelines.

As per a news report in The Hindu, the MHA has also included a fine of $500 for violating the new rule, besides putting a ban of ten years on a person’s entry for any such violations.

According to the newly inserted point 15 of the amended guidelines, under “Restriction in Engaging in Tabligi Activities”, it says:

A foreign resident entering India on a tourist visa doesn’t per se have restrictions on attending any religious functions or discourses, but is barred from preaching any ideology or delivering a speech at a religious place. The MHA, with the new explicit categorisation in the policy guidelines for visas, has thereby expounded on what would mean to do “tabligh work”. It has also clearly stated that someone entering the country with a tourist visa can only have the purpose of recreation, sightseeing and visiting friends and relatives. They can also attend short-term yoga classes.

Also read: Modi 2.0: A Coming-of-Age Drama For Majoritarianism and Authoritarianism

The foreign members of TJ who attended the congregation at its headquarters in New Delhi’s Nizamuddin area in early March had come to India on tourist visas. With some among them testing positive of COVID-19 and thereby believed to be passing it on to Indian members of the organisation attending the event and through their visits to various states – amounting to 4,291 cases in total as per government figures – the spread of the virus in India was given a communal colour.

As per news reports, those who were cured of the virus, along with those who had tested negative, have all been rounded up since and have been kept in detention in various states.

Sources at the TJ told The Wire that the Indian government “is in touch with the governments of their respective countries for their deportation”. The sources said, “They have been mainly kept in jails in Uttar Pradesh, Madhya Pradesh and Karnataka.”

As per news reports on June 5, as many as 2,550 TJ members from 40 countries – including 960 of them who attended the Nizamuddin event – have been “blacklisted for indulging in missionary activities”. A PTI report said, “This is for perhaps for the first time that the government has blacklisted a large number of people in one stroke and banned their entry into India for such a long duration under the Foreigners’ Act”.

The TJ sources, however, categorically denied that foreign members were indulging in “preaching” during their stay in India. “They were not violating the tourist visa norms. There is no restriction on attending religious discourses and staying at a mosque. If they would have been preaching or indulging in religious conversion, they would have been found elsewhere, not among Muslims.”

Also read: Does Law Allow Calls to Boycott Muslims During the COVID-19 Lockdown?

“The missionary visa is specifically for Christian missionaries who are directly under the Pope. How can we apply under that visa,” claimed the sources.

Aside from putting restrictions on TJ activities, there have also been reports of the Narendra Modi government restricting the entry of Christian missionaries into the country or not extending their long-term visas. In 2017, present Meghalaya chief minister and then an MP from Tura in Meghalaya, Conrad Sangma, had written a letter to Modi on the issue. In 2018, he, and Shillong MP Vincent Pala wrote yet again to the prime minister and then home minister Rajnath Singh about it. The Centre had denied visas to top international missionaries to attend the 150 years’ celebration of Christianity in Meghalaya’s Garo hills, considered an important event by people of the area.