The Punjab chief minister said the Union home ministry is attacking federalism. The Congress and Shiromani Akali Dal have both condemned the move. 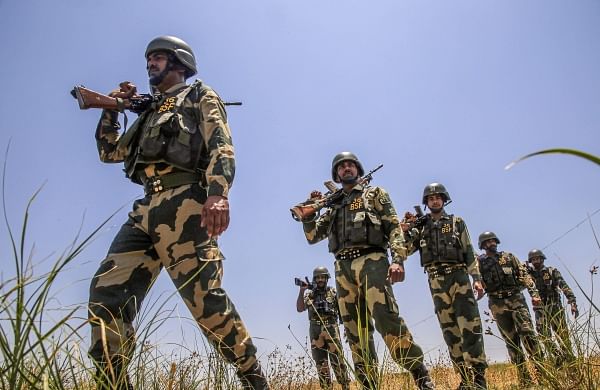 New Delhi: The Union government has amended the BSF Act to authorise the force to undertake search, seizure and arrest within a larger 50 km stretch, instead of the existing 15 km, from the international border in Punjab, West Bengal and Assam.

The about 2.65-lakh personnel paramilitary force guards over 6,300 of Indian fronts with Pakistan and Bangladesh.

BSF officials said the amendment will help them in effectively curbing trans-border crimes and the new amendment brings in “uniformity” for its operations in the borders states of Punjab, West Bengal, Gujarat, Rajasthan and Assam where it can now operate within 50 km area from the border.

“The amendment effected on October 11 establishes uniformity in defining the area within which Border Security Force can operate as per its charter of duties and execution of its role and task of border guarding in its areas of deployment. This will also enable improved operational effectiveness in curbing trans-border crime and to an extent of 50 kms from the international boundary within the states of states of Gujarat, Rajasthan, Punjab, West Bengal and Assam, running along the borders of India,” the BSF said in a statement.

“I strongly condemn the GoI’s unilateral decision to give additional powers to BSF within 50 KM belt running along the international borders, which is a direct attack on the federalism. I urge the Union Home Minister @AmitShah to immediately rollback this irrational decision,” chief minister Charanjit Singh Channi tweeted.

However, former chief minister Amarinder Singh – who is not on great terms with the Congress party since his removal from the post – came out in support of the move, saying, “BSF’s enhanced presence & powers will only make us stronger. Let’s not drag central armed forces into politics.”

Deputy chief minister Sukhjinder Singh Randhawa condemned the decision and urged the Centre to withdraw it. “I urge the prime minister and the home minister to withdraw the move. I do not understand what is in the mind of the government. It is an interference and an attack on our rights,” he told reporters.

Rather than addressing the issue of drones coming from across the border, the Centre has decided to allow the BSF to take action 50 km inside the border, Randhawa said. “I feel the Centre has doubts on our nationality. I want to say that Punjabis are patriots and love the country,” he added.

Later, in a statement, Randhawa slammed the Centre for a recent amendment in Section 139 of the BSF Act, saying it is tantamount to an “attack on federalism”. “This illogical decision was absolutely against the spirit of the raising of border-guarding forces, which are required to focus on the international border and act as the first line of defence,” he said.

The Congress leader said policing is not the role of a border-guarding force, rather it will weaken the capacity of the BSF in discharging its primary duty of guarding the international border.

Highlighting the need for excellent cooperation between central and state agencies, he said such coordination must be enhanced with information sharing for taking prompt action to resist illegal activities. He further said joint operations against drugs and terrorist modules were successfully conducted by the BSF and the Punjab Police in the past, besides mechanisms for information sharing and coordination are already in place.

There are no justifiable reasons for unilaterally changing the existing arrangements by the Centre, except to weaken the state government and the spirit of federalism, Randhawa said.

Meanwhile, Amarinder Singh said the issue of central armed forces should not be dragged into politics. “Our soldiers are being killed in Kashmir. We’re seeing more & more weapons & drugs being pushed by Pak-backed terrorists into Punjab. BSF’s enhanced presence & powers will only make us stronger. Let’s not drag central armed forces into politics: capt_amarinder,” read a tweet by his media advisor.

“Partisan considerations can’t & shouldn’t dictate our stand on issues of national security. I’d said that at the time of the 2016 surgical strikes & am saying it again. We’ve to rise above politics when India’s security is at stake, as it is now’: @capt_amarinder,” read another tweet.

Earlier, former Punjab Congress chief Sunil Jakhar appeared to attack his own party’s government over the issue. “Be careful what you ask for! Has @CHARANJITCHANNI unwittingly managed to handover half of Punjab to Central govt. 25000sq km (out of total 50,000sq km) has now been placed under BSF jurisdiction. Punjab Police stands castigated. Do we still want more autonomy to states,” he tweeted.

However, Randhawa said Channi has neither raised the issue with the Centre nor asked for enhancing the jurisdiction of the BSF along the international border.

“MHA Notification enhancing operational mandate of BSF, 15 to 50 KMs in Punjab, West Bengal & Assam transgresses upon Constitutional Public order & Policing remit of States. Half of Punjab will now fall under BSF jurisdiction @CHARANJITCHANNI must oppose it,” he wrote on Twitter.

Shiromani Akali Dal (SAD) chief Sukhbir Singh Badal came down heavily against the Centre as well as the Punjab government for what he described as “central rule by proxy”. Channi’s “sudden and unscheduled” meeting with Union Home Minister Amit Shah last week had apparently cleared the decks for this “highly provocative and dangerous move”, he alleged.

“It is most unlikely that the Centre would have taken such a drastic decision without the knowledge and prior consent of the state government and all the noises which Channi and his colleagues are now making are a mere attempt to hide their complicity in this decision,” Badal said in a statement.