As the next hearing in the matter of Swaraj Abhiyan vs Union of India approaches, activists are trying to raise awareness on the deep-rooted problems in MGNREGA implementation. 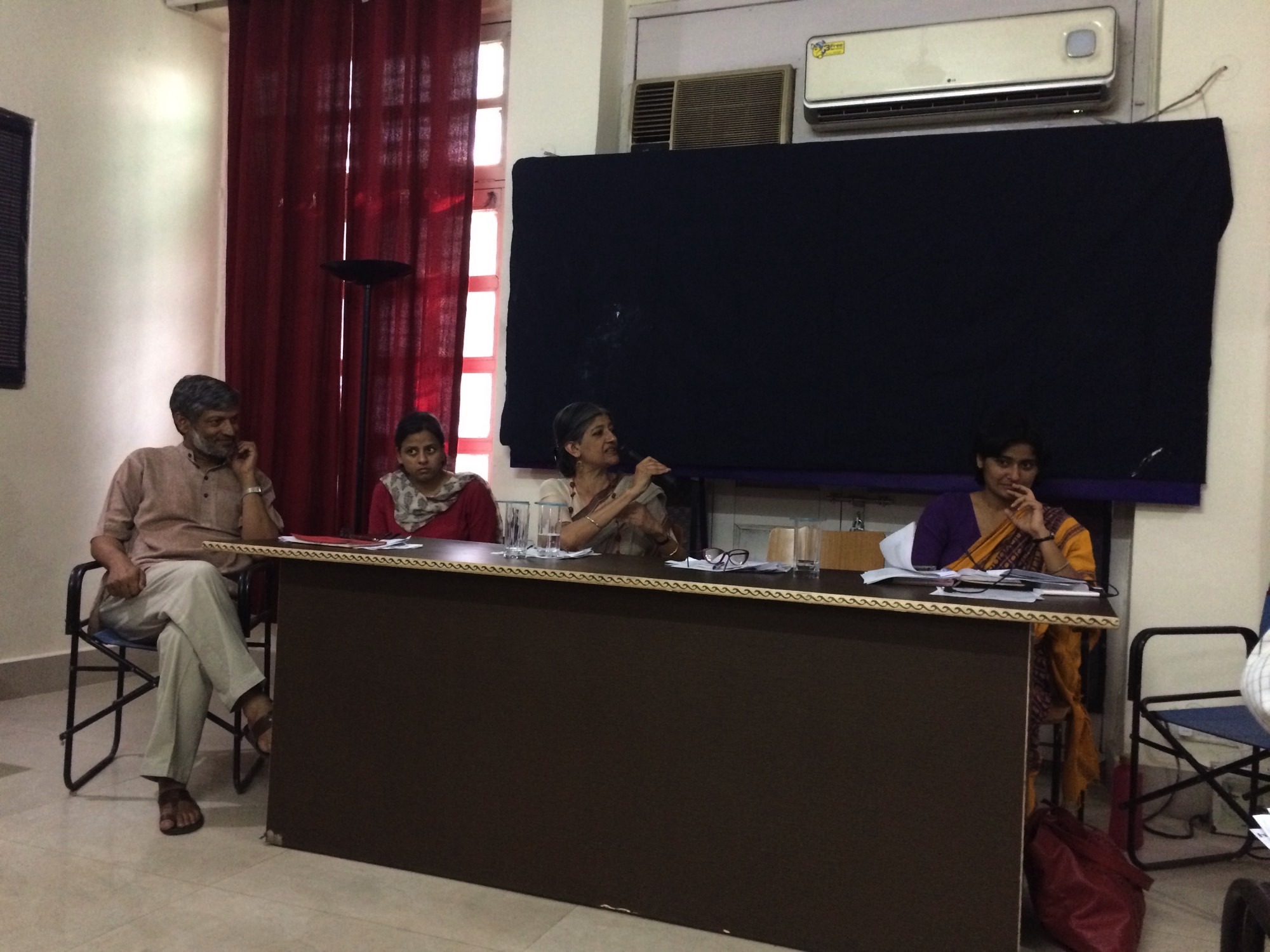 New Delhi: Social activists and academics held a press conference on Wednesday to bring to notice the widespread violations from the government relating to the Mahatma Gandhi National Rural Employment Guarantee Act (MGNREGA) and the National Food Security Act (NFSA). This discussion took place in the context of the ongoing case Swaraj Abhiyan vs Union of India, the next hearing of which is on April 26.

Ankita Aggarwal, an independent researcher, talked about how job cards were being cancelled without the proper measures being taken. She pointed out that as per Section 4 of Schedule II of the MGNREGA act, a job card can only be deleted if it is found to be a duplicate, if it is found that the entire household has migrated permanently to another village or in case of death of the owner. However, one crore job cards have been deleted by the BJP government this year, supposedly for being fake, as reported by Hindustan Times. It is highly likely, however, that a large number of these cardholders were willing people, she said. Even more preposterously, the government has termed this move as a “saving”, while it is clear a denial of work and wages to a large part of India’s population. Moreover, if the cards were in fact fake, then why has there been no action taken against the officials who were behind this leakage?

A major problem when it comes to MGNREGA is that despite several Supreme Court rulings against the decision, the central government continues to insist on every MGNREGA worker being registered under Aadhaar. In fact, the government is brazen enough to announce that those who do not possess Aadhaar – a number as high as 54% – will be denied work and is most likely to have cancelled a large number of job cards due to lack of Aadhaar, said Annie Raja, general secretary of the National Federation of Indian Women.

Jayati Ghosh, an economics professor at Jawaharlal Nehru University, explained the issue that arises with regard to government violations on demand for MGNREGA work. As an employment guarantee scheme, MGNREGA is meant to provide work whenever there is demand, especially in times of drought. The central government is supposed to have the funds ready as allocated in the labour Budget and provide them to the state governments so that the workers can be paid. Ghosh stated, “It is not a gift from the government…in fact, the law very clearly says that this money must be available when there is demand for work.” However, for the past few years, there has been severe underfunding as well as a delay in payment of wages for work already completed, the effect of which is borne by the workers. There are already pending liabilities from the previous financial year amounting to Rs 10,778  crore. The government will need to allocate funds amounting to Rs 79,898 for this FY to meet states’ demands. However, the Union has budgeted only Rs 48,000 crore, without providing any rationale for the cut.

As a result of this underfunding, the states “feel the pinch” and prefer to deny work than pay for it. This reduces the demand for work by the people. In addition, workers who should already have been paid lose heart as the years go by and they get disinterested in the whole scheme, activists said. This is against the law, which says that one has to be paid for work. Nikhil Dey of Mazdoor Kisan Shakti Sangathan pointed out, “This is a transgression of the law and is becoming more and more blatant”. He also went on to call the government’s action a violation of Article 23 and “tantamount to forced labour”.

The most “diabolical” of the government’s actions is however, according to the activists, its appropriation of the online portal, the Management Information System. This is the only way to keep track of the government. According to Dey, “It must be in the open and it must be transaction based.” However, the government is using it to underrepresent delays of wage payments, create ways to reduce or cancel payment of compensation for said delays and then hide such manipulation of liabilities, he said. In the absence of a strong grievance redressal system, there is nothing that the affected workers can do but wait for their wages to appear. Only after a public interest litigation was filed by Swaraj Abhiyan, the current case, did the Supreme Court order the immediate payment of compensation to the workers. Even then, only 2.4% of them received any money, even according to the government’s own data.

A powerful decision from the Supreme Court is needed that will bring about improvements in MGNREGA, as well as NFSA, another Act which has been crippled by government unwillingness to release funds and other similar violations, activists at the press conference said. Without an increase in accountability and an adherence to the tenets of the law, these Acts are less than beneficial for the citizens towards whom they are directed.