Of this, 63.3% is for MGNREGA project materials, 34.6% for wage payments to labourers and the remaining for administrative costs. 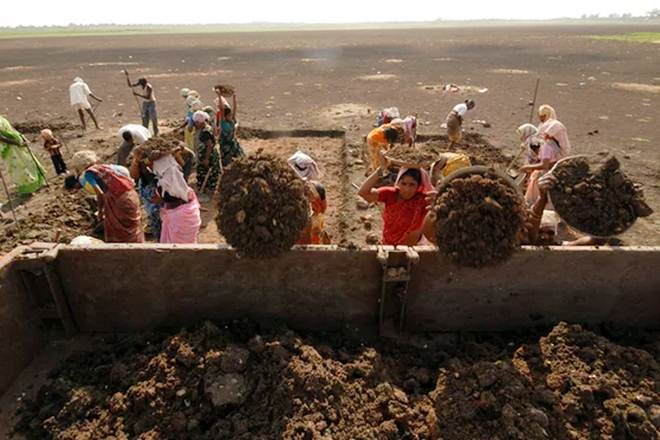 New Delhi: According to the government’s own website, Rs 9,179 crore worth of payments are still pending for the financial year 2016-17 under the Mahatma Gandhi National Rural Employment Guarantee Act (MGNREGA). Of this, 63.3% is for materials, 34.6% for wage payments to labourers and the remaining for administrative costs.

Most of these payments have not been completed for one of three reasons: the tasks required for making payments (like generating wage lists) were not completed, fund transfer orders (FTOs) were rejected due an error (such as mis-spelling the vendor’s/worker’s name) and the FTOs were not yet processed by the government’s online Public Finance Management System, through which various social security payments are now routed.

If a worker’s wage under the MGNREGA is delayed by more than 15 days, he or she is entitled to 0.05% of pending wages per day of delay. However, of the more than Rs 411 crore that is due to workers as compensation, only 2% was actually paid. This is because the payment of compensation for delays is largely left to the discretion of district-level functionaries of the programme, who can reject the amount automatically calculated by the online system without even having to provide a reason. Of the compensation calculated by the system in 2016-17, only 4% has been accepted so far.

There also seems to be a growing backlog in the processing of FTOs. For 2016-17, more than six crore FTOs are still to be processed in the Public Funds Management System and receive a response. This is close to 10% of all orders that go through the system.