Yumnan Devajit had urged people not to heed the prime minister's appeal as it would lead to a surge in the load of the power grid. 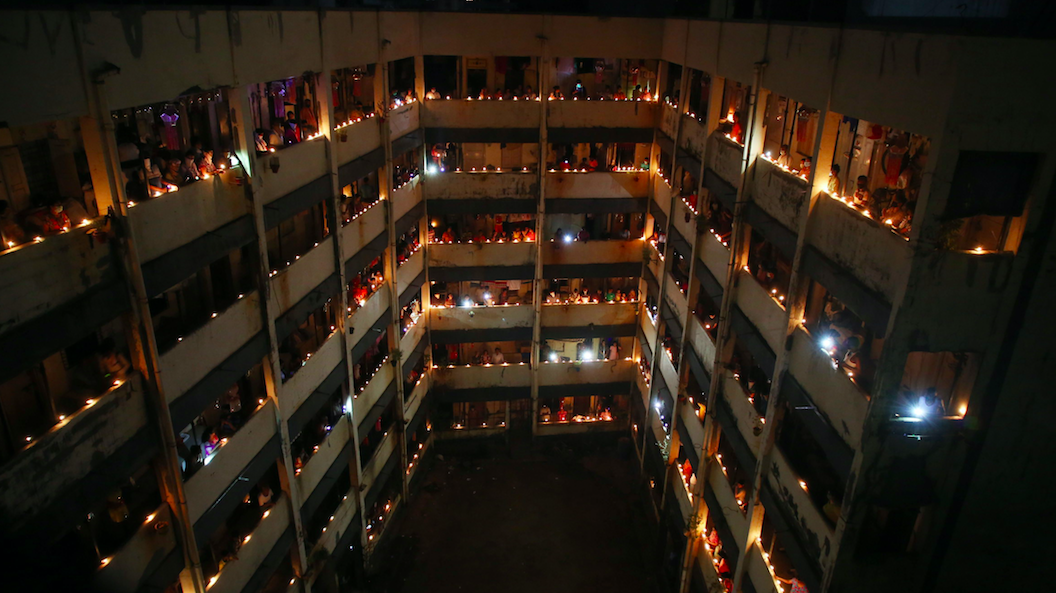 Residents of a society light lamps and candles in their balconies amid the ongoing nationwide lockdown in the wake of coronavirus pandemic, in Mumbai, Sunday, April 5, 2020. Photo: PTI

Yumnan Devajit, an entrepreneur who is in his early 30s, urged people not to heed to the prime minister’s appeal as it will lead to a surge in the load of the power grid, resulting in a nuclear-like explosion in the country, they said.

He further said in the clip that the prime minister’s appeal will lead to damage to electrical appliances, besides transformers, power sub-station, and other installations, police said.

Officials said he has been booked under relevant sections of the Disaster Management Act, 2005 as his action amounted to a refusal to comply with any direction given by or on behalf of the central government, as well as circulating a false alarm or warning as to disaster or its severity or magnitude, leading to panic.

Devajit is yet to be arrested, they said.

Modi had on Friday urged the people to switch off the lights of their homes and light up lamps, candles or mobile phone torches for nine minutes at 9 pm on April 5 to display the country’s “collective resolve” to defeat coronavirus.

Joykumar was relieved of his finance portfolio and was given the portfolio of MAHUD, Forest, Environment and Climate Change, Science and Technology, Economics and Statistics last Saturday, Imphal Free Press reported. His party, the NPP, has four ministers in the present coalition government.