PwC found that the two private companies hired were not only technically incompetent but also had compromised on processes, making the exams a complete sham. 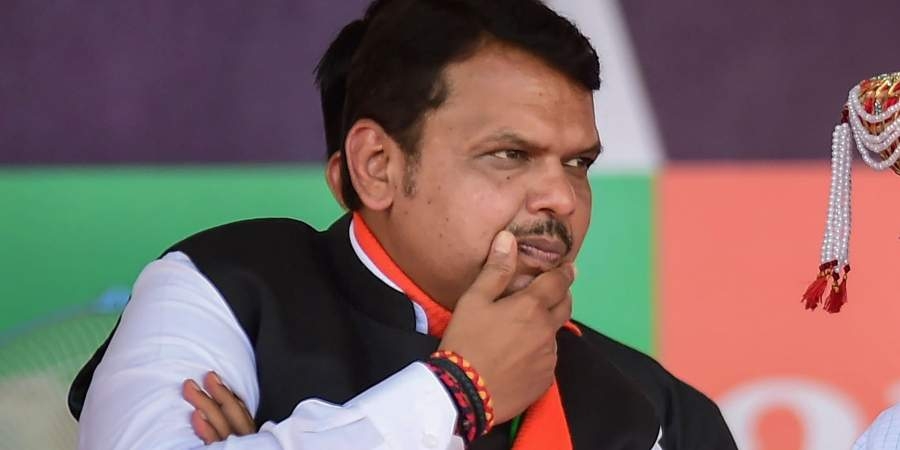 Mumbai: The mega recruitment drive carried out by the MahaIT, a Maharashtra government entity set up by the Devendra Fadnavis regime, was full of glaring discrepancies right from its inception in 2017.

A private audit firm, PricewaterhouseCoopers (PwC), first engaged in 2018, had found that a US-based IT company named ‘UST Global’ and Indian company ‘Arceus Infotech Private Limited’ – which had bagged the contract to carry out exams for MahaIT’s MahaPariksha portal – had failed on almost all counts during the “process” and “technical” review. The audit was carried out for the exams conducted in 2017 for 15 different government departments and with over 10 lakh aspirants applying. It showed that the two companies were not only technically incompetent but also had compromised on the processes, making the exams a complete sham.

The audit was carried out in early 2018 and on submission of the report, MahaIT had claimed to have “rectified” the process to ensure such problems don’t plague the system any further. However, The Wire’s report on October 25 and several other evidence that has emerged since have shown that despite glaring issues in the exam process for class III and IV posts, MahaIT neither made any substantial changes to the system nor found an alternative to conduct these exams in a foolproof manner. In the following years, in fact, the extent of irregularities and rampant misconduct only increased in 2018 and 2019, The Wire’s investigation had shown.

The pattern and extent that has emerged are comparable to that seen at the Madhya Pradesh Professional Examination Board, more commonly known as the Vyapam scam.

It was only after the BJP government fell in the state and the Maha Vikas Aghadi government – a coalition government of the Shiv Sena, Nationalist Congress Party and Congress – took charge in Maharashtra, that the exam process was completely scrapped and the private firms sidelined. The government, right now, is in the process of introducing a new OMR process and around 18 companies have participated in the bidding process.

Under the process review, the PwC audit had considered 43 different aspects, all of which were marked under the “high risk” category. Processes or gaps requiring “urgent action” have been categorised as high risk, and any delay in rectifying it, PWC states, would lead to “significant financial impacts”. Similarly, of the 14 aspects evaluated under the technical process, 10 fell under the “high-risk category”. Three others were categorised as “medium risk” and only one as “low risk”. Application and network security too were evaluated in this audit and the MahaPariksha portal fared poorly under most parameters.

Among some of the glaring issues flagged by the PwC in this audit include failure to obtain approval from MahaIT to approve the standard operating procedure (SOP) to conduct online exams and approval before subcontracting the work to a third party (in this case, to UST Global and Arceus Infotech). Most crucial among them all is the observation made about the failure to follow “system-based (random distribution) appointment” of invigilators and exam coordinators leading to “chances of copying”.

Other specifications like two-feet spacing between two candidates and security controls at the exam centres were not followed, causing high chances of copying and leaking of question papers in most exam centres. “Security personnel were not available at five out of seven test centres (randomly) visited by us to prevent the entry of unauthorised person in the exam centre and exam hall,” PwC has observed in its audit report. This, particularly, is a very serious observation, considering hundreds of students and even administrative officials including the then Ahmednagar collector, Rahul Dwivedi, had flagged similar issues.

Both UST Global and Arceus Infotech, known for its technological and logistical expertise, were hired to carry out a seamless exam process. Even the slightest glitch in the process could compromise the entire recruitment exercise. This is particularly serious as between 2017 and 2019, the MahaParikha portal was to decide the fate of 38.5 lakh aspirants who had applied for 30,000 vacancies across 25 departments in the state.

Government documents indicate that UST Global and Arcues Infotech were fined Rs 48 lakh in 2018 and Rs 52 lakh in 2019 for not fully complying with the clauses included in the tender. Towards the end of 2019, PwC was once again engaged to audit the last set of exams conducted by MahaPariksha. While sources in PwC claim that these findings are a lot more damning, the report has not been handed over to the state government due to several outstanding bills to be paid to the audit firm.

Not just the lack of expertise, the audit report has also pointed at the consortiums inability to understand the most basic requirements of the examination, including selection criteria, quality of questions and failure to carry out peer review of question sets used in the exams.

Sources in MahaIT have said that despite the clear terms mentioned in the contract that the propriety of the data would remain with the department, the data ownership has remained with the private players. This was reiterated in the PwC audit findings, which have stated that the ownership of data remained with the vendors, leading to the “possibility of exploitation of critical and sensitive data present in the database including user information, questions banks and results”. Similarly, the vendors disregarded the data security of students, the report points out.

Since these exams are conducted in different batches and multiple question sets are used, normalisation of the process is needed. Under this, values measured on different scales are adjusted to a notionally common scale. The process allows the performance of candidates to be evaluated on the basis of similar parameters. Several court and government orders have asked for its strict implementation. Even the contract signed between the MahaIT, UST Global and Arceus Infotech had mentioned normalisation as one of its prerequisites, but the PwC report states that the “difficulty levels of the exam paper are not consistent with the requirement specified in the business requirement document”. The report further states that such inconsistencies may lead to “very easy to very difficult papers for different slots, causing discrimination to the students enrolled for a given exam”.

Each year after the exam, the MahaIT department would be inundated with students’ complaints ranging from wrong markings, paper leaks and malpractices at exam centres. Over a dozen cases are pending before several administrative tribunals and different benches of the Bombay high court. In some cases, the courts have already given orders favourable to the students, but the government is yet to act upon these orders. For instance, a 29-year-old candidate, Nilesh Gaikwad, a BTech graduate from Buldhana district who appeared for a revenue officer’s post in Ratnagiri district and scored 172 marks, falling just two short of the cut off, has made several complaints to MahaPariksha. His contention is that he has been wrongly marked for at least one answer, making him lose the post.

Similarly, two other aspirants – one belonging to a Denotified Tribe and another from an OBC community – from Yavatmal district lost the posts of accountant and auditor in the urban development department for a meagre one mark each. The applicants had moved the Maharashtra Administrative Tribunal (MAT) contending that he was wrongly marked and the tribunal, after going through the evidence, had accepted his contention. While the court has passed a favourable order, the candidates are yet to be given the jobs.

These are not just a few stray instances and acquire greater importance considering that the subject-matter experts (SME) recruited to set question papers lacked expertise. The audit report clearly states that in most cases, while appointing the SMEs, no educational qualification was specified, especially in the case of computer science, social studies and gardening. They, in turn, were responsible for setting up “sub-standard” quality questions, the report observes.