The High Court has decided to stay the ban for four weeks amid anger and chaos from state governments and non-BJP parties. 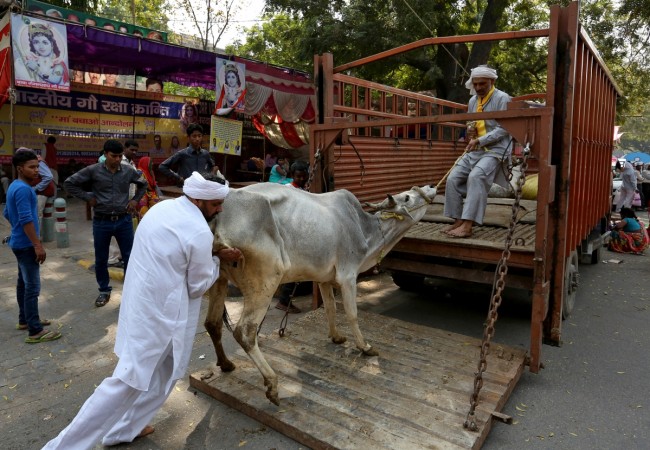 Men load a cow onto a truck in the Jantar Mantar area of New Delhi (Representational image). Credit: Reuters/Cathal McNaughton

Madurai: The Madras high court stayed the Centre’s notification banning sale and purchase of cattle for slaughter, for four weeks on May 30.

In its interim order, a Madurai bench comprising Justices M.V. Muralidharan and C.V. Karthikeyan directed the central government to file its counter in four weeks.

When a batch of petitions challenging the ban came up for hearing, the judges stayed the operation of the new rules banning the sale or purchase of bulls, cows, camel for slaughter houses or for sacrifice for religious purpose.

The order has come amid a raging row on the ban with non-BJP parties and state governments of Kerala, West Bengal and Puducherry stridently opposing the Centre’s decision.

Several places in Kerala and Tamil Nadu have been witnessing demonstrations during the past few days against the ban on sale of cattle for slaughter, with the protesters saying it infringed upon the food habits of sections of people.