In the name of trying to provide security to women, they cannot commit the illegal act of 'tracking' them.

Recently, Madhya Pradesh chief minister Shivraj Singh Chouhan suggested that the age of marriage for women be increased. On August 15, 2020, Prime Minister Narendra Modi in his speech announced that the Central government had set up a committee and a task force to examine the possibility of increasing the age of marriage for women from the present 18 years to 21 years.

Chouhan also said a new system would be put in place, under which any woman moving out of her house for her work will register herself at the local police station, and she will be tracked for her safety. A helpline number will be provided to such women, enabling them to call for help in case of distress. The installation of panic buttons in public transportation will be made compulsory.

The minimum age of marriage as 18 years for women and 21 years for men was prescribed by the 1978 amendment to the Child Marriage Restraint Act, 1929 (popularly known as the Sarda Act), essentially to curb child marriages and consequent sexual or other abuse of children.

Before the amendment, it was 16 and 18 years for women and men, respectively. Section 5 (iii) of The Hindu Marriage Act, 1955 and the Special Marriage Act, 1954 conform to this amendment, whereas, in Islam, the marriage of a minor who has attained puberty (defined as 15 years in the case of Muhammad Ibrahim Rashid vs Atkia Begum and Anr.) is considered valid. The Supreme Court has yet to clarify its position on this vis-à-vis the Sarda Act.

Also read: Caging Women Is Violence – Not ‘Safety’ or ‘Protection’

Early pregnancy is generally believed to be associated with increased infant mortality rate (IMR) and maternal mortality rate (MMR), etc. However, as most readers would be surprised to learn, how early is “really early” has not been scientifically determined.

A comprehensive study by the National Research Council (US) Panel on Adolescent Sexuality, Pregnancy and Childbearing involving as many as 53,625 subjects debunks popular ‘governmental’ notions. “Although a relationship between an early first birth and the child’s health at birth has been found, this appears to be a result of less than adequate prenatal and perinatal care rather than biology, since it appears to disappear in special hospital populations that receive excellent health care.”

An International Food Policy Research Institute (IFPRI) study of adolescent pregnancies in Bangladesh had also found child health to be linked to poverty and malnutrition.

Now, if a girl is malnourished before marriage because of poverty and/or gender-based discrimination in her family, she is likely to remain so after marriage also, unless she happens to get married into a family with greatly different economic status and values, irrespective of her age at the time of marriage.

This means that while there may be valid social reasons to fix a minimum legal age of marriage, from a scientific point of view, it is essentially arbitrary in character.

The logic of economic maturity

Marriage requires three kinds of maturities: biological, psychological and economic. We have already addressed the issue of biological maturity.

As for psychological maturity, if boys and girls of 18 years of age are mature enough to elect the leaders of their country on which the future of millions depends, they must be mature enough to address the issues of their families too on which the future of only a few people depends. Otherwise, the inevitable conclusion will be that voting age had been lowered deliberately to exploit the gullibility of the youth.

That leaves us with the question of the age of economic maturity, which is directly linked with education.

In its Educational Statistics at a Glance, the government itself maintains that on an average, they expect children to finish their senior secondary education (Class IX-X) by 17 years, and higher education by 23 years of age.

The dropout rate for boys and girls at the secondary level (14-15 years) is 20.4% and 19.2%, respectively. Among boys, the dropouts have to enter the job market anyway, even if the pay and growth prospects of their educational level are poor. The job prospects for a child with even senior secondary education (Class XI-XII) are also poor.

This means that economically, they would remain in a bad shape even after attaining 21 years of age. Given the high unemployment rate in the country, even if they marry after 21 years of age, they are likely to continue depending partly on their parents. Thus, there is little to believe that our youth become economically mature by the prescribed minimum age of marriage.

And, trying to link age of marriage with marital rape is fatuous because this could happen anytime, anywhere.

Governments must not control private lives of people

A government must govern, that is, concern itself with larger issues; it should not start micromanaging the private lives of the people or encroach upon their freedom.

For a social issue like child marriage with girls as young as four to seven years of age, as it was prevalent in our country in the colonial era and earlier, the government’s duty ended with making a point that it was inherently a bad thing (malum in se) and hence needed to be outlawed.

However, governments should not start dictating personal choices beyond a point. In Lata Singh vs State of U.P. & Another (2006), the Supreme Court had held that once a person became a major he or she could marry whosoever he/she liked. The Karnataka high court recently reiterated it.

The situation for every family is different and applying the same yardstick for all of them is irrational. In a traditional business family, for example, if a boy is not obliged to seek any job but will certainly take care of his family business/shop, higher education is not relevant for him because his economic security is guaranteed anyway.

If he marries a girl who is not interested in pursuing higher education or working, it does not matter even if both are married at 18. It is their choice, so be it. On the other hand, there are boys without any family support who are able to land a decent job only at the age of 30, marry at 32 and produce a child at 36.

Moreover, “prescribing” different age of marriages for boys and girls is inherently discriminatory and patriarchal in character. Since they complete their education in the same age bracket, there is no reason to differentiate. In 2018, the Law Commission had also suggested making it 18 for both sexes and argued that that the unequal age prescribed for marriage has no basis and it “contributes to the stereotype that wives must be younger than their husbands.”

In view of the above, there is no good reason for increasing the minimum legal age for marriage for women from 18 to 21 years. While the Supreme Court has yet to clarify on how can the Child Marriage Restraint Act, 1929 be reconciled with the Muslim Personal Law, it is apprehended that the ultimate target of this exercise could be the Muslim community and their bête noire, the Uniform Civil Code.

Instead of unnecessarily raking up fresh controversies, it would be better if the government focused on enforcing the existing law to curb child marriages in states like Rajasthan, Bihar, Jharkhand and West Bengal. 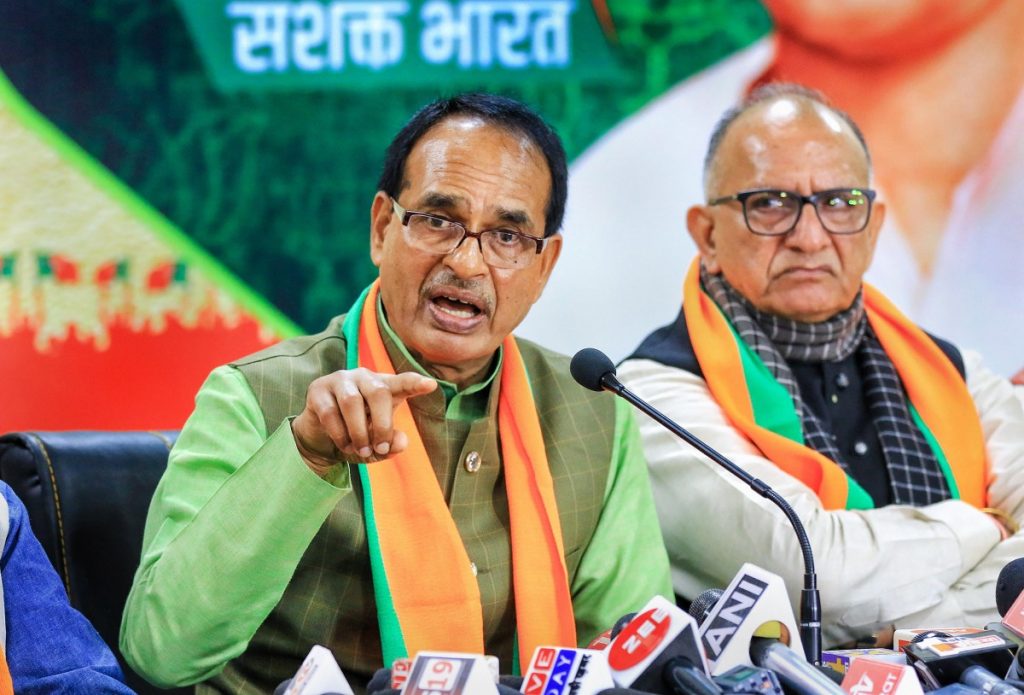 A state which fails to provide security to women by striking the fear of the law in the minds of criminals and potential criminals keeps on indulging in such gimmicks as face-saving devices. That the police’s top brass agreed to such a hare-brained idea is alarming.

First, in the name of trying to provide security to women, they cannot commit an illegal act. Asking a working woman to register at the local police station does not have any sanction in law and is a blatant violation of her right to privacy. For example, in the name of protecting women from domestic violence, the state cannot deploy cops in their bedrooms!

Second, the idea fails to understand the mechanics of crimes against women. Working women are not the preferred target of sexual offenders.

Third, given the myriad statutory commitments of the police and their limited workforce, it is simply not feasible to keep track of so many working women. Madhya Pradesh has just about 125 cops per lakh population against a national average of 147 and a very high crime rate.

Fourth, how would they do it, even if by some miracle, the scheme were held to be legally valid? Can they waste the already stretched workforce to do it? There are no technical means of doing it. They cannot use GPS monitors of the type they use in the US for sex offenders, for that would be utterly illegal.

Fifth, in spite of several apps like Himmat having been launched, their efficacy is yet to be proven. There is little to believe that MP’s panic buttons and helpline numbers would accomplish what the already existing systems could not.

This scheme of the Madhya Pradesh government reflects their quintessential misogynist views; blame the woman for her travails; blame her for everything she does; and if nothing works, shackle her. The desire to keep a woman in her place is commonly reflected in two things. The first is to restrict what she wears; the second is to restrict her movements.

They want that women should not be found at any place other than her home and workplace, thereby imposing illegal restrictions on her. The ulterior motive of such an idea is to blame the woman if anything untoward happens to her at any place, which is not the shortest path connecting her place of work to her home. They will say that she had “strayed” (indirectly casting aspersions on her character) and hence she was subjected to a crime – so convenient!