Made under the Maoists' Vistar Abhiyan, the Madhya Pradesh-Maharashtra-Chhattisgarh corridor offers forest cover and has seen increased activity in the past few years. Representative image of security personnel at a combing operation against Maoists in the Nawadah forest, Bihar. Photo: PTI

Bhopal: The commander-in-chief of the Tanda area committee of the Madhya Pradesh-Maharashtra-Chhattisgarh (MMC) Maoist corridor was gunned down by Hawk forces of Madhya Pradesh police on the morning of Monday, June 20.

The Tanda committee that Nagesh alias Raju Tulavi (40) headed was under Mafalling which is within the Gondia-Rajnandgaon-Balaghat (GRB) zone of the MMC.

Police also killed Manoj (25) and a woman insurgent, Rame (26), who were members of the same area committee and were accompanying Nagesh.

According to police, this was one of the biggest counter-insurgency operations in the last two decades. Police claimed to have succeeded in killing the commander of the GRB zone which was formed by CPI (Maoist) in 2015-16 to spread its footprints in districts of Balaghat, Mandla, Dindori and Singrauli, bordering Chhattisgarh.

Inspector General (Anti-Maoist Operations) of Madhya Pradesh Police, Sajid Farid Shapu told reporters in Bhopal on Monday that Nagesh was a native of Maharashtra, while Manoj and Rame were originally from Chhattisgarh. They were carrying a combined bounty of Rs 61 lakhs in Madhya Pradesh, Chhattisgarh and Maharashtra.

Police have seized an AK-47, a .303 rifle, one revolver, one 315 single-shot rifle, two wireless communicators, one GPS tracker, detonators, a cooker bomb and others explosives from them.

An image showing details of the recovery made after the killing of three Maoists on June 20.

They were intercepted, according to police, based on specific intelligence about their movement. “A battalion of Hawk forces set out to intercept them at 5 am after receiving a strong input of their movement. When cops came close to the Bahela jungle, bullets started raining. After 45 minutes of fire exchange, police found three bodies of people who were later identified as Nagesh, Manoj and Rame. The encounter took place less than one 1 km from the Maharashtra border and around 75-km from the Balaghat district headquarters,” Shapu said.

Nagesh, a native of Gadchiroli, was named accused in 13 cases of murder, arson, and for attacking security forces in Chhattisgarh and Maharashtra. Manoj, a resident of Bastar, was accused in three cases.

Rame was wanted in 12 cases of murder, arson and others. Rame moved to the GRB zone in 2015-16 and married Mangesh in 2018. A year later, in 2019, Mangesh was killed by police. Rame has worked with Nagesh since her husband’s death, police said.

Shortly after the encounter, chief minister Shivraj Singh Chouhan announced a gallantry award and out-of-turn promotions to the policemen involved in the operation.

The encounter comes months after Maharashtra police killed 26 Maoists in MMC zone, where police say Maoists are actively trying to expand their base. 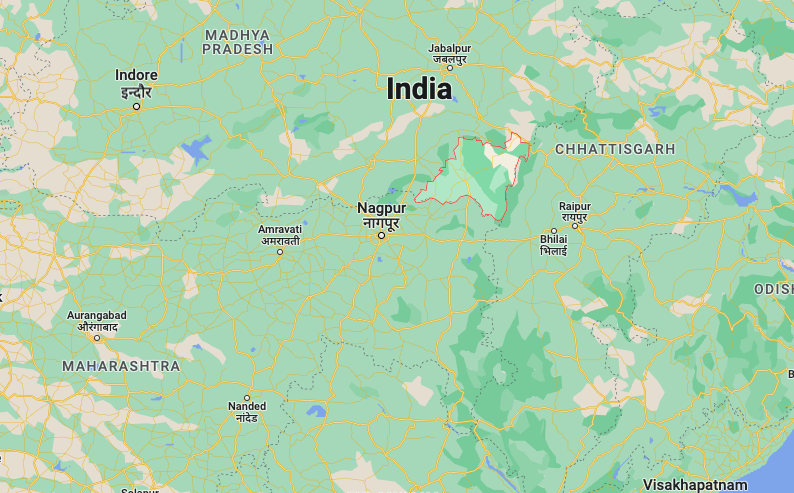 The CPI (Maoist) has been forced to launch a Vistar Abhiyan (or expanding effort) due to its shrinking footprint in Chhattisgarh. The Madhya Pradesh-Maharashtra-Chhattisgarh (MMC) corridor was made in 2015-16 and was divided into two zones, Gondia-Rajnandgaon-Balaghat (GRB) and Kanha-Bhoramdeo (KB). The latter is largely uninhabited. The districts situated at the tri-junction of the MMC zone were thus in focus.

Kanha and Bhoramdeo are connected by thick forests and are located on the Madhya Pradesh-Chhattisgarh border.

According to an intelligence officer, since the Kanha-Bhoramdeo area is more difficult to navigate than the terrains of south Bastar, Maoists are using this to their advantage as they rebuild their military wing by recruiting new cadres.

The Union home ministry has declared Balaghat’s neighbouring districts, Mandla and Dindori, among left-wing extremism (LWE) affected districts in the country. Balaghat has been upgraded to ‘most affected district’ in the latest classification list.

With Maoist insurgency in the region, Madhya Pradesh police has beefed up the security. In the last three years, as many as 24 confrontations between police and Maoists took place, killing 10 alleged Maoists and nabbing three alleged insurgents. No cop lost his life. Apart from that, police caught 41 alleged Maoist sympathisers who were allegedly passing information and selling arms to them.

On other hand, since 2016, Maoist have killed 10 alleged police informers, punishing them for passing inputs. In November last year, a group of Maoists allegedly killed two villagers on the suspicion of being police informers in Malikhedi village under the jurisdiction of Baihar police station of Balaghat district. In a similar incident in June this year, rebels killed a 42-year-old man in Bamhani village, under the Roopjhar police station, in Balaghat.

Even though the police have been running an extensive campaign to eliminate Maoists from the region, movement of over 100 Maoists have been noticed, police themselves say.

“The core zone of Kanha National Park and its surrounding area in Mandla and Balaghat districts have become a safe haven for Maoists as their is no public or police movement,” said a police officer, who said local tribals have not encouraged Maoists’ efforts even six years into the Vistar Abhiyan.

To deal with the insurgents, police have taken up two policies: population centric and kinetic.

In the population centric approach, the district gets additional funds for carrying out developmental projects, to build infrastructure, improve healthcare and others in Maoist-dominated areas. In the kinetic approach, police carry out various operations in a bid to eliminate them.

“We have set up 39 jungle camps, and for the first time, two outposts were set up in the core zone of Kanha Tiger Reserve. Besides, we enhanced our intelligence network over the years and increased patrolling,” said Shapo.

To deal with it, Madhya Pradesh has formulated a surrender and rehabilitation policy for Maoists which is pending before the cabinet for approval. According to sources, it will get the final nod by the end of this month.

The upcoming relief, rehabilitation and surrender policy includes provisions of one-year parole for jailed Maoists who provide information on their comrades. It offers Rs 5 lakh as reward and also Rs 6,000 monthly for 36 months for professional training to restart their lives.

The draft has provisions for unmarried Maoists who will get Rs 25,000 for weddings. They will get health insurance under Ayushman Bharat Scheme, a house under PM Awas Scheme, and a ration under food security scheme, the draft says.

“A first of its kind provision will give a chance to convicted Maoist to get parole for one year by sharing information regarding top Maoist leaders, their movement, their diversification plans, sources of finance and arms that can help the forces to eliminate rebels from a particular area,” says the draft.

Surrendered Maoists can be inducted into the intelligence wing of the state police, according to the draft. “If they share some important information related to Maoists or help the police eliminate them, superintendents of police can recommend names for the posts of constable,” the draft says.

The families of people Maoists kill will be eligible for Rs 5 lakh compensation while those of security personnel killed in anti-Maoist operations will receive Rs 20 lakh, according to the draft.