Lok Sabha Speaker Om Birla expressed "pain" that the House did not run smoothly during the Monsoon session. 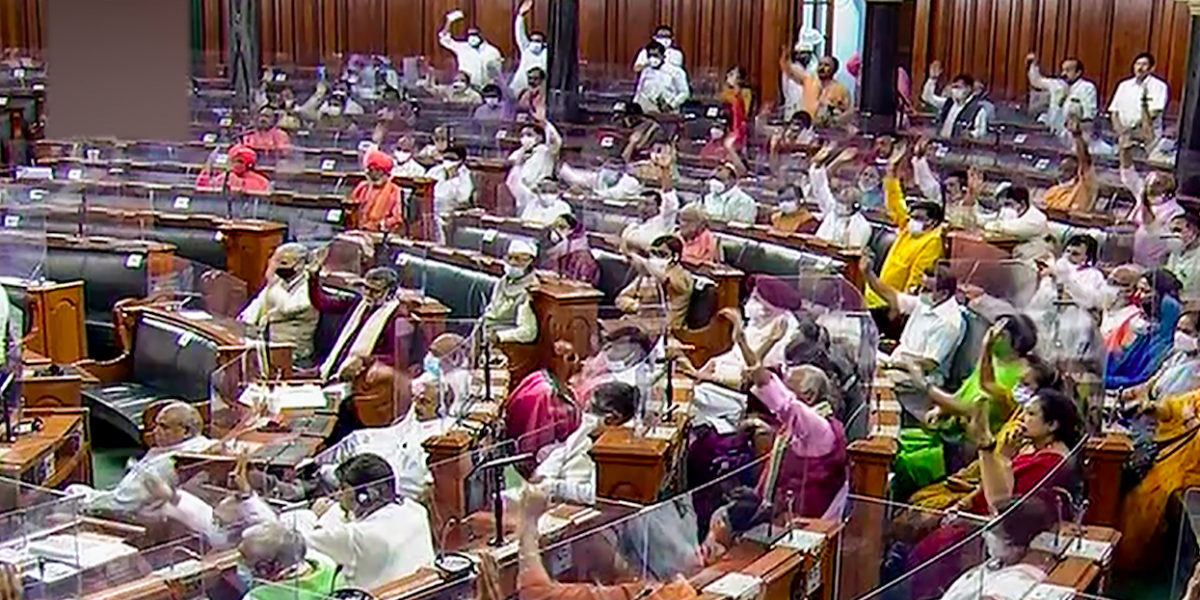 New Delhi: The Lok Sabha on Wednesday, August 11, adjourned sine die as Opposition members continued with their protests seeking a discussion and independent probe into the Pegasus snooping issue.

After adjourning the House, Speaker Om Birla, who did not allow a discussion on the matter despite the Opposition pressing for it on every one of the 17 days the House sat during the Monsoon Session, later said he was “pained that the House did not run smoothly.”

Birla also said that during this Monsoon session, the Lok Sabha could function for only 21 hours and that its productivity was at 22%. He also insisted that the entry of the Members into the Well of the House while holding placards and their raising slogans there “was not in keeping with the parliamentary traditions.”

He claimed that the Session did not go as per his expectations. “I am hurt by the fact that the proceedings of the House did not take place as per expectations in this Session. I always make an effort to see that maximum business takes place in the House and discussions are held over issues related to the public,” he said.

For their part, the Opposition leaders maintained that the Union government was at fault in not allowing a discussion on Pegasus. Leader of Congress in Lok Sabha, Adhir Ranjan Chowdhury, charged that the Pegasus issue was not taken up for discussion despite repeated appeals.

“Despite our constant appeals to discuss ‘Pegasus, the issue was not taken up (in the House). When there is a global discussion over it, with France, Germany, Hungary discussing it, why have our demands been ignored?” he was quoted as having said by a news agency.

The Congress leader also stated that while the Opposition wanted a “comprehensive discussion on fuel price hike, farm issues, inflation and vaccination status” the Union government avoided discussion on these as well.

Chowdhury also accused the government of bulldozing various legislations without any discussion. “Bills were passed within 7-8 minutes, and our appeals were left unheard,” he said.

Chowdhury also said that the government wanted to paint the Opposition in poor light. He questioned the logic behind Lok Sabha being adjourned sine die. “The Lok Sabha has been adjourned sine die as opposed to its scheduled date August 13. Government took the sudden decision to adjourn it; there was no discussion on important issues. It only wants to paint Opposition in bad light,” he told a news agency.

The Congress leader also accused Modi of not coming to the House while the protests were on and landing when everything was over.

“I saw PM Modi for the first time today. When everything is over, he shows up. Centre passed bills without discussion, except for discussion on OBC Bill. Bills were passed within minutes, another record by the govt…This govt doesn’t broadcast when Opposition speaks,” he said.

In the Rajya Sabha too, the Pegasus issue again led to a stalling of proceedings. As soon as the House assembled, the Opposition members raised their demand for a discussion on the matter. The Upper House witnessed emotional scenes as Chairman Venkaiah Naidu broke down while speaking about the protests that are in their fourth week now.

Stating that he “could not sleep at night“, Naidu insisted that the sanctity of the House has been destroyed. After the first adjournment till noon, the House resumed its business.

Earlier in the day, before the two Houses assembled, floor leaders of 14 Opposition parties met in the office of Leader of Opposition in Rajya Sabha, Mallikarjun Kharge, to evolve a common strategy on raising the Pegasus issue and other matter during the day. The meeting was also attended by Congress leader Rahul Gandhi who was out of station for the past few days.

During the day, a large number of Opposition leaders, including those from the Left parties, also held protests near the Gandhi statue over the Pegasus issue. Meanwhile, some Punjab MPs from the Congress and Akali Dal also held a protest seeking a repeal of the farm laws inside the Parliament complex.