The Bill makes it mandatory for the Delhi government to take the opinion of the L-G before any executive action. 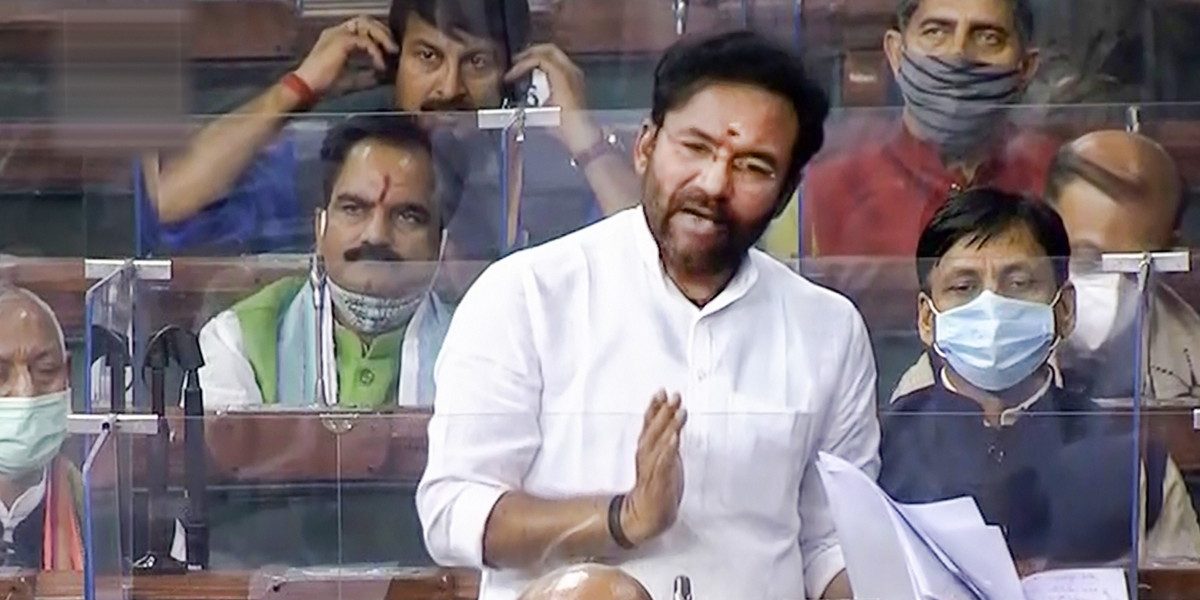 New Delhi: The controversial bill that seeks to clarify that the “government” in Delhi means the “Lieutenant Governor” was passed by Lok Sabha on Monday amidst strong opposition from the Congress and the Aam Aadmi Party, both of whom have said that the legislation is “unconstitutional”.

Passage of GNCTD amendment Bill in Lok Sabha today is an insult to the people of Delhi. The Bill effectively takes away powers from those who were voted by people and gives powers to run Delhi to those who were defeated. BJP has cheated the people

Union Minister of State for Home G. Kishan Reddy justified the Government of National Capital Territory of Delhi (Amendment) Bill, 2021, as a necessity.

“Please do not say that it is a political bill. It is being brought to end ambiguity in certain issues as Delhi is a Union Territory. It will end certain confusion on technicality and enhance the efficiency of the administration,” he said.

The Wire had earlier reported how the Bill, ostensibly tabled with the objective of giving a proper “interpretation” to a Supreme Court ruling of 2018, has been criticised by the ruling Aam Aadmi Party in Delhi as an attempt to curtail the powers of the elected government.

According to the bill, the “government” in Delhi means the “Lieutenant Governor”. The bill also makes it mandatory for the Delhi government to take the opinion of the L-G before any executive action.

Reddy said the L-G is an administrator so he has the right to know the day-to-day affairs. “We have not snatched any power from the Delhi government nor we have given any additional power to the L-G,” he said.

Also read: Centre’s Delhi Amendment Bill is at Odds With Supreme Court’s Ruling and the Constitution

Delhi’s ruling Aam Aadmi Party has firmly opposed the bill. Kejriwal had earlier urged the Central government to take back the bill and said the AAP dispensation was ready to fall at the Modi government’s feet for its withdrawal.

Then what will elected govt do?

This is against 4.7.18 Constitution Bench judgement which said that files will not be sent to LG, elected govt will take all decisions and send copy of decision to LG https://t.co/beY4SDOTYI

While opposition members called the Modi government’s move “dictatorial”, Congress member Manish Tewari called the Bill “unconstitutional” as it encroached upon the powers of the Delhi government. In a slugfest that emerged since the Bill was tabled, the Congress had also blamed AAP for not acting in time to prevent the passage of the Bill.

Source of the problem

Reddy, however, told parliament that cordial relations have prevailed between the Central and Delhi governments since 1996 and all differences have been resolved through discussions – with a few exceptions.

He placed the onus of the GNCTD Act, brought in 1991, on the Congress government and said that under it, Delhi had been made a UT with an assembly with “limited legislative powers”.

“We did not do that. It was a Congress government which piloted the Act then,” he is quoted by PTI as having said.

In his analysis for The Wire, P.D.T. Achary presents a comparatively different picture, when he writes:

“Delhi was given a fully elected legislative assembly and a responsible government through an amendment in the constitution in 1991. Though technically a Union Territory, Delhi was treated as a special case, being the capital of the country, and given a special constitutional status by parliament in exercise of its constituent power as against its normal legislative power.”

However, Achary says that the Article 239AA which was added to the constitution with the 1991 amendment – while conferring on the assembly the power to legislate on all matters in the state list as well as the concurrent list except land, police and public order – contained one sore point.

It said that in case of a difference between the L-G and the council of ministers, the matter shall be referred to the president by the LG for his decision and pending such decision the LG can take any action on the matter as he thinks fit, Achary writes. It is this issue that the constitution bench of the Supreme Court resolved in 2018, when it said that the government does not have to seek the concurrence of the L-G on its decisions and that any differences between them should be resolved keeping in view the constitutional primacy of representative government and co-operative federalism.