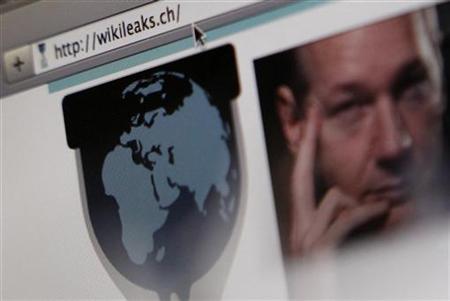 A screen shot of a web browser displaying the WikiLeaks website with a picture of its founder Julian Assange in Bern December 4, 2010. REUTERS/Pascal Lauener New Delhi: John Podesta, Hillary Clinton’s campaign chairman for the 2016 US presidential elections, closely monitored and may have intervened in the controversy surrounding the Ford Foundation and other foreign charitable foundations last year, according to to a set of leaked emails released by Wikileaks on Tuesday.

In the first half of 2015, Ford Foundation president Darren Walker sent a number of emails to Podesta, most of which were updates on events taking place in India after the Modi government tightened the rules governing foreign charitable foundations and NGOs. During this time, the Ford Foundation was put on a government watch list over funding it gave to activist Teesta Setalvad in 2009.

One e-mail, for instance, appears to be a deep-dive monitoring of how the Indian media reported the government’s probes into foreign funding, and specifically how various newspapers and editorials viewed the Ford Foundation’s troubles.

The report categorises media reports on the stance they’ve taken with regard to the Modi government’s crackdown. Under a section titled ‘Modi government’ for instance, the e-mail from Walker reads “a number of articles and op-eds [below]  mention Ford Foundation or Teesta Setalvad in reference to the Indian government’s actions against NGOs during Modi’s first year in office”.

Apart from mainstream media, Walker’s updates to Podesta also include an examination of the Indian twitterati and social media reactions to the foreign funding probe. “Social media activity remains light. Please find a sampling of newly posted tweets below which mention Ford Foundation and Greenpeace,” says one part of the email.

The social media monitoring includes tweets put out by mainstream media publications, but also follows tweets made by specific journalists (Hindu journalist Jatin Anand’s tweets are recorded) as well as by ordinary Twitter users who appear to be staunchly in support of the Modi government’s actions against India.

One e-mail from Walker to Podesta, sent on June 8th 2015, strikes a note of frustration and notes that the Ford Foundation “ had sent urgent notes to the Reserve Bank of India asking for assistance” in transferring funds in order to ensure that the foundation could sustain its basic operations in India.

“I promised I’d give you an update on any developments in India,” Walker writes. “At this point this point, we’ve heard nothing further from the GOI. I sent urgent notes to the Ministry of Home Affairs and Reserve Bank of India last week asking for assistance in immediately releasing our bank accounts from their current status so we can transfer funds from NY for basic operations (mostly salary support, not grants),” the email reads.

The Ford Foundation president also angrily references the article carried by the Sunday Guardian in early June, which profiled the Ford Foundation’s activities in India while describing it as  an “entity outside the law”.

“I’m attaching an article from the Guardian, which purports to be an independent newspaper, but is really the mouthpiece for the government and BJP. It’s rife with misrepresentations and erroneous information…not a very encouraging article. I appreciate your help,” Walker wrote.

Another series of emails between Podesta and Ford Foundation board member Thurgood Marshall Jr  (on July 15, 2015) also indicates that the Clinton election adviser may have played some role in the Ford Foundation’s response to the Modi government’s crackdown.

An email from Podesta to Marshall first points out that while the latter is on the Ford Foundation’s board, he “didn’t put it together with the India question”.

To which Marshall replied that he was “only too happy to have avoided nitty gritty on the India issue”.

“I am only too happy to have avoided the nitty gritty on the India issue but I was relieved and pleasantly surprised by the swift positive turn of events — hence my recent conversation on the topic with Darren [Ford Foundation President] who identified you as a primary reason for the positive turn,” Marshall wrote.

It is unclear what “swift positive turn of events” Marshall is referring to at this point. In mid-July last year, however, the Ford Foundation and the Modi government started resolving issues after the foundation agreed to register its India arm under the Foreign Exchange Management Act (FEMA). A week after that, the Centre unblocked funds totalling $150,00 which could be used to pay the salaries of the foundation’s employees.