Union minister of state for home affairs Ajay Kumar Mishra's son, Ashish Mishra, was arrested by UP police on Saturday in connection to the violence at Lakhimpur Kheri. 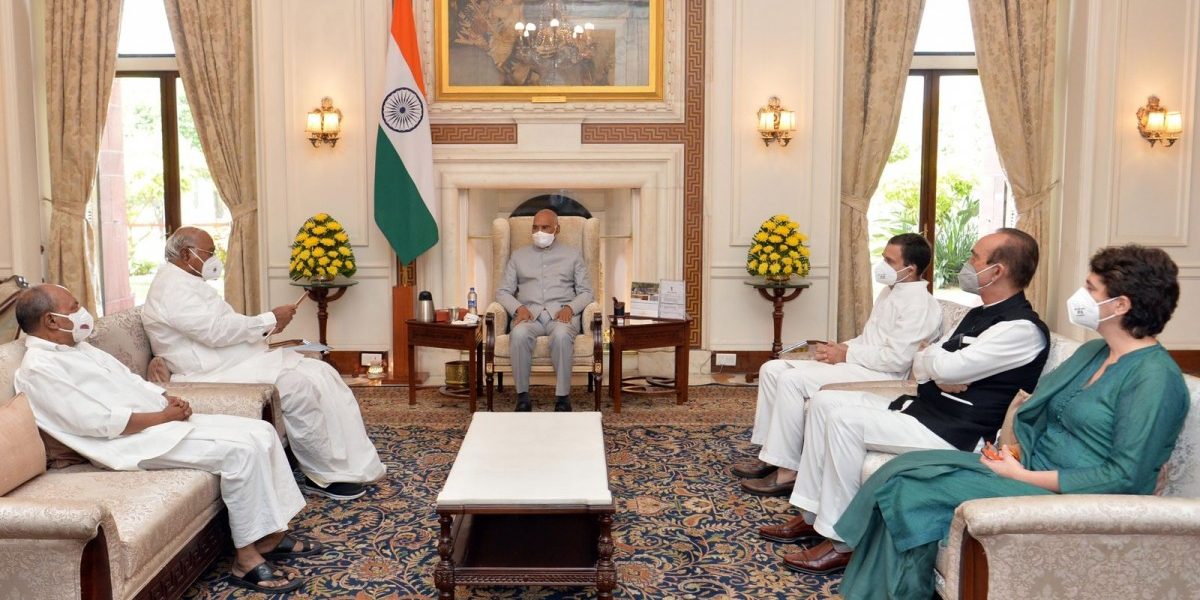 The delegation of senior Congress leaders also presented a memorandum of facts about the Lakhimpur Kheri incident to the President.

Four farmers were among eight people killed in the violence, which took place on October 3.

The Congress has been demanding the immediate dismissal of the Union minister whose son, Ashish Mishra, has been named in the first information report (FIR) and is accused of mowing down farmers in Lakhimpur Kheri on October 3. The Congress has also demanded strict action against the accused for allegedly killing the farmers.

Ashish Mishra was arrested on Saturday by the Uttar Pradesh police in connection with the violence.