Police said his alibi did not hold up and his mobile phone placed him near the scene of the violence. 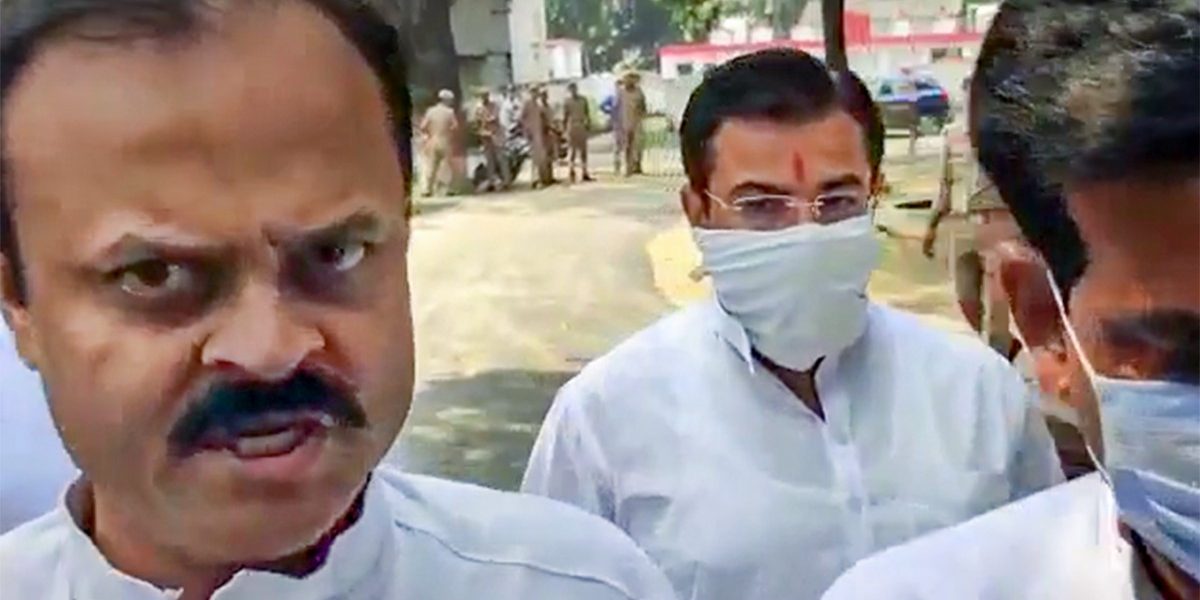 New Delhi: A week after four protesting farmers were killed by a VIP convoy allegedly including Union minister Ajay Kumar Mishra’s son Ashish Mishra, and four others were killed in the violence that followed, the Uttar Pradesh police late on Saturday (October 9) night arrested Ashish.

The arrest came after Ashish reported for questioning on Saturday morning, after he failed to appear for interrogation on Friday.

Ashish was named in a first information report (FIR) following allegations that he was in one of the vehicles that mowed down four farmers protesting over UP deputy chief minister Keshav Prasad Maurya’s visit on Sunday. His father, the Union minister of state for home, has so far been denying that his son was present at the site of the incident. Ajay continues to hold his post in the Union government.

The police on October 7, Thursday arrested two people — identified as Luv Kush and Ashish Pandey who were in the same vehicle — in the case. They had also issued summons to Ashish Mishra on the same day. The move came hours after the Supreme Court asked the UP government who had been arrested so far for the October 3 incident. On Friday, the apex court said it is not satisfied with the steps taken by the UP government and questioned how an accused named in a murder FIR had not been arrested.

According to India Today, Ashish Mishra has provided videos and affidavits of 10 persons to prove that he was not inside the car that mowed down protesting farmers in Lakhimpur Kheri on October 3. He said that he was at a ‘dangal’ at the time of the incident.

However, according to NDTV, the police say Ashish could not back up this alibi. His phone location too showed him close to the crime scene. They also said he gave “evasive answers” during questioning and did not cooperate with the investigation.

According to the Indian Express, the police has sought three-day custody of Ashish, and that will be decided by a court on Monday. “He will be in jail till Monday morning. On Monday, a hearing will happen in a local court where it will be decided if he is to be sent to police custody or not,” his lawyer told the newspaper.

Protesting farmers and opposition parties have been criticising the Uttar Pradesh authorities’ investigation, saying the police is shielding the accused, particularly Ashish. Bharatiya Kisan Union leader Rakesh Tikait, who had brokered a deal between protestors and the authorities last Monday and convinced the protestors to go home, had given the police a one-week ultimatum to arrest Ashish, which would have ended on Monday.

Two separate FIRs have been registered at the Tikunia police station over Sunday’s violence – one against Ashish and 15-20 others on charges including murder and rioting, and another against unidentified persons for rioting, causing death by negligence, and murder. In an interview to The Wire, ADG Prashant Kumar said that “people from both sides” would be arrested.