Ladakh: Unlike in J&K, All Non-Gazetted Jobs Reserved for Natives

A Permanent Resident Certificate issued before August 5, 2019 has become the sole basis for getting a residence certificate in the UT. 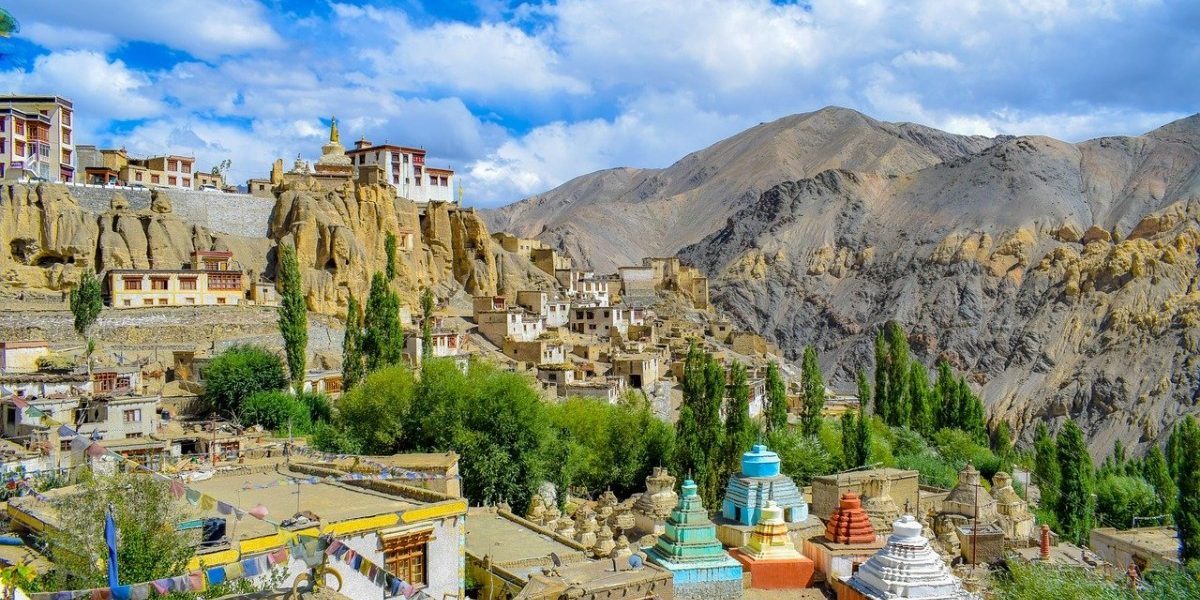 A view of Leh. Photo: Pixabay/AvengerDove

Srinagar: Two different sets of laws will now apply to jobs in the union territories created out of the erstwhile state of Jammu and Kashmir. While outsiders can apply for any government job in the J&K UT if they have lived there for a certain period, only those who were permanent residents before August 5, 2019 and living in Leh and Kargil districts are now eligible for non-gazetted jobs in the Ladakh UT. In a significant development, the administration of Ladakh has reserved all non-gazetted jobs in the UT for hereditary state subjects living in the region.

No jobs for outsiders

The administration of Ladakh on Saturday issued an order to temporarily define residents of Ladakh for the purpose of appointment to any non-gazetted post.

According to the UT of Ladakh Resident Certificate Order, 2021, a copy of which with The Wire, no person shall be eligible for appointment to a post unless he is the resident of the UT of Ladakh.

Shutting the doors for outsiders in employment, the order unambiguously states that those in possession of a domicile certificate or resident certificate by whatever name called by any state or any other UT shall not be eligible to be a resident of Ladakh.

The permanent resident certificate issued to natives of J&K in the erstwhile state has become the sole basis for defining the residents of the UT of Ladakh.

The PRC document was issued to the permanent residents of J&K, though this norm was also read down by the BJP-led Union government on August 5, 2019 along with Article 370.

According to the Ladakh Resident Certificate order, those in possession of a PRC issued by the competent authority in the district of Leh and Kargil or belonging to a category of persons eligible to be issued a PRC shall be eligible for a resident certificate of Ladakh.

The order has been issued at a time when Muslim-dominated Kargil and Buddhist-majority Leh districts have joined hands to fight for statehood for Ladakh and constitutional safeguards for jobs and land for natives. Two conglomerates – the Leh Apex Body (LAB) and Kargil Democratic Alliance (KDA) – are spearheading agitation for political and constitutional rights in Ladakh.

The order has been issued by the administration of Ladakh itself, as the Government of India empowered Ladakh’s Lieutenant Governor in January 2020 to define conditions governing recruitment to Group ‘B’ (non-gazetted) and Group ‘C’ posts in the UT.

Chief executive councillor, Ladakh Autonomous Hill Development Council, Kargil, Feroz Ahmad Khan welcomed the move. “It is a good beginning by the administration. It has safeguarded our rights to some extent,” he said.

“Why have they not reserved gazetted posts for native residents of Ladakh? They should also extend similar safeguards to gazetted posts, land and political process,” he said.

Demand for restoration of special rights in J&K

The order has also triggered demand for restoration of the exclusive rights in the UT of J&K.

“Ladakhis have been given what rightfully belongs to them, but why are similar rights being denied to the people of Jammu and Kashmir?” said MP from south Kashmir, Justice (retired) Hasnain Masoodi.

Former bureaucrat Lateef-ul- Zaman Deva said that this shows the “double-standards of the Government of India”. “Our mainstream political parties should, without prejudice to their respective perspectives in the cases before the apex court against August 5, 2019 measures of the Government of India, press for similar dispensation for J&K by seeking an interim solution on the basis of Article 371,” he said.

The National Conference, People’s Democratic Party, People’s Conference and Congress had all opposed the domicile law for J&K, on the grounds that it allows permanent residents of J&K to share jobs with non-locals.