A Fake IAS Officer, a Fake COVID-19 Vaccine and a Political Storm in Kolkata

Debanjan Deb was caught after TMC MP Mimi Chakraborty attended a vaccine drive he had organised and became suspicious. 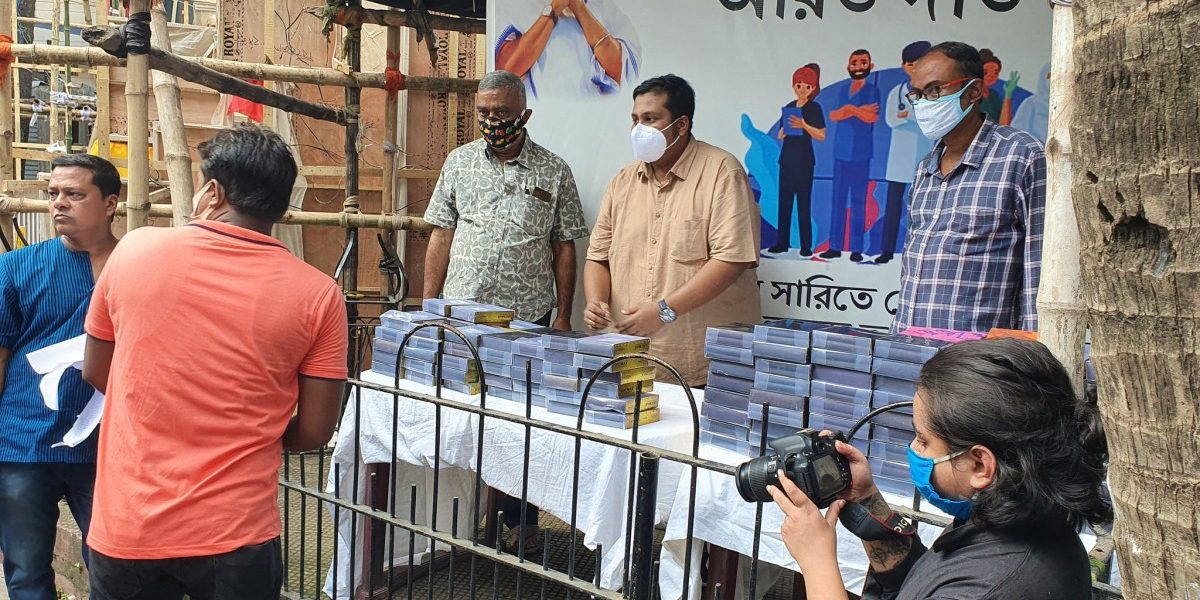 Kolkata: Twenty-nine-year-old Debanjan Deb is an IAS officer, and has been posted as joint commissioner of the Kolkata Municipal Corporation (KMC) for at least a year now. Deb has been working actively during the COVID-19 pandemic – including distributing clothes to the poor during Durga Puja and providing COVID-19 essential supplies to the president of the Cricket Association of Bengal.

At the height of the second wave, Deb organised various vaccination drives in the city. On June 21, Deb invited TMC MP from Jadavpur, Mimi Chakraborty, to one of the drives he had organised for transgender people and children with disabilities, among others, in Kasba, Kolkata.

Except that everything you just read is false.

Deb is not an IAS officer – he has simply been impersonating one. The injections he was providing at his ‘vaccination drives’ weren’t vaccines at all. The West Bengal government claims to have no knowledge of his activities; in the three press conferences chief minister Mamata Banerjee has held since June 21, she as made no mention of the subject.

Deb made news only after Chakraborty registered a complaint. The MP herself got ‘vaccinated’ at the Kasba camp, but then grew suspicious when she didn’t receive a confirmation message or vaccination certificate. She later went to the nearest police station and registered a complaint. Following the complaint, Deb was arrested by the Kolkata police on June 22.

“I decided to visit the camp because it was a noble cause. I myself got vaccinated to encourage the local people to come forward for vaccination. But I never received a confirmation message from Co-WIN. I lodged a complaint with the Kolkata police,” Chakraborty told the media.

What Deb has done so far?

During interrogation, Deb confirmed that he had organised at least two more vaccination camps – one in Sonarpur for autorickshaw drivers and another in City College on Amherst Street, North Kolkata. Deb, however, did not charge money from anyone for the vaccine, the police said.

Kolkata police raided Deb’s office in Kasba and recovered over 200 vials of fake COVID-19 vaccines. On probing further, the investigating officers found vials of ‘Amikacin Sulphate’ with fake Covishield labels. The vials have been sent for forensic examination. Police said they have found a prototype of the design for the fake Covishield labels on Deb’s computer.

Amikacin is a common antibiotic medication used for a number of bacterial infections such as intra-abdominal infections, meningitis, pneumonia and urinary tract infections. 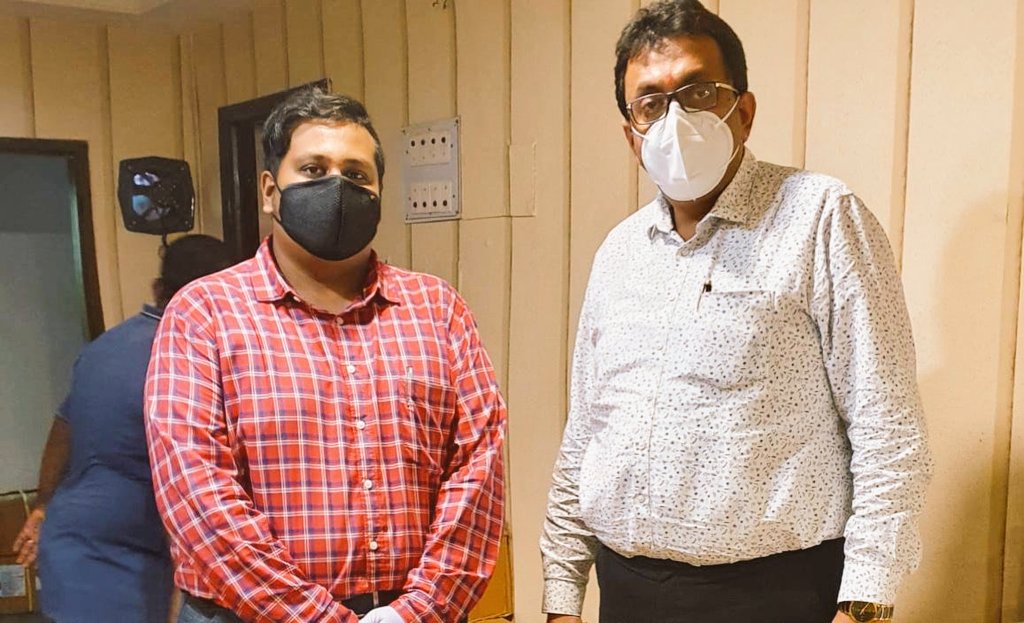 Media reports suggest that more than 1,500 persons were administered the fake vaccine over a week in the Kasba area. Besides this, on June 18, around 72 people, including teachers, staff and some students, took the jab at a free vaccination camp in City College, which Deb had organised.

A senior Kolkata police officer told The Wire, “There are many more unanswered questions. The motive behind such vaccination drives is still unclear. We are still working on finding more financial transactions. We are looking into angles if anyone else was involved and had used him (Deb).”

City police commissioner Soumen Mitra on Friday said, “What he (Deb) has done is very inhuman.”

Deb used to travel in a chauffeur-driven SUV car with a blue beacon on top and a forged ‘Govt of West Bengal’ plate. Until now, his neighbours took pride in Deb’s accomplishments as an IAS officer.

Kolkata police have found that Deb sold 171 doses of the ‘vaccine’ for Rs 650 each to a microfinance company that wanted to vaccinate its employees. The investigators found the company had transferred Rs 1.11 lakh to a bank account in the name of the ‘Kolkata Municipal Corporation’ with a registered address at “3rd floor, KMC Building, 170, Shantipally, Kasba, Kolkata — 700107”. However, the KMC has no office at this address.

Using the influence of an IAS officer, Deb took money from various businessmen in South Kolkata, the police have found. A regional TV channel has reported that a resident of Behala has given him Rs 10 lakh. Another businessman told police that Deb had taken Rs 90 lakh from him. Deb duped another person of Rs 36 lakh and promised him a tender to build a community hall supposedly planned by KMC in Panchpota, Garia. All amounts were transferred via net banking.

Deb’s Kasba office employs at least 13 people. All these employees were given fake KMC identity cards. Forty-six-year-old Indrajit Shaw was hired as the head clerk and paid Rs 23,500 as salary via bank transfer. “He told us that the first six months will be a probationary period. He told me that he will make my job permanent if I give him Rs 2.5 lakh. I said I don’t have money,” Shaw told The Wire. 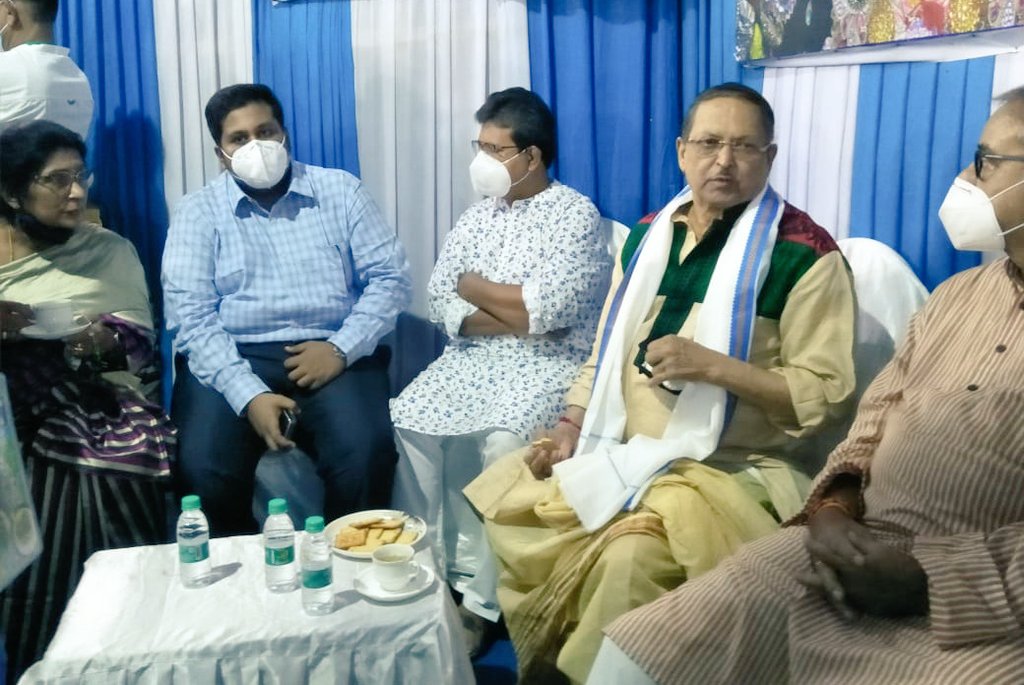 Deb’s name was even featured on a plaque alongside the names of KMC administrator and minister Firhad Hakim, MP Sudip Bandyopadhyay and MLAs Tapas Roy, Atin Ghosh, Nayana Bandyopadhyay among others. The plaque, placed below a half-bust of Rabindranath Tagore, was unveiled in February at Taltala area in North Kolkata.

On Friday afternoon, the plaque was removed by the civic body. “The bust was not installed by KMC. No official programme of KMC took place in that area. Names mentioned on the plaque were not even present in that day’s event. Also, no permission was taken from the corporation for installing the bust and the plaque,” MLA and former deputy mayor Atin Ghosh told the media on Friday.

Multiple photographs of Deb with senior ministers of the West Bengal government and TMC MPs at various COVID-19 relied-related events have surfaced since he was arrested.

However, all these leaders distanced themselves and said they don’t know Deb.

“I do not know him. We as ministers and political persons attend many public programmes. We cannot track who gets a picture with us. The allegations against our leaders are baseless and politically motivated. Police are investigating, arrests have been made,” Hakim told the media.

Mukherjee echoed Hakim’s statement and said, “I meet so many people everyday. I attend various public meetings and occasions. Many take photos with me, how will I ascertain their background or character?”

Probably uneasy about his photo with Deb emerging on social media, Sen put out a statement on social media saying, “Debanjan Deb, fake IAS is the talk of the town, whose photos with many, including me, are being shown in many electronic channels & social media. So far, as I recall, during the first phase of Covid, many organisations & individuals voluntarily donated masks, sanitisers, gloves, PPE kits etc, to the Indian Medical Association for distribution amongst several hospitals, doctors & other Institutions & this man might have been one of those who came individually or with others introducing himself as a social worker not as an IAS.”

On Thursday, TMC MLA from Chowringhee, Nayana Bandyopadhyay, lodged an FIR against Deb. “I am surprised to find my name on the plaque. I don’t know who organised the event, I did not even attend it,” she told the media. 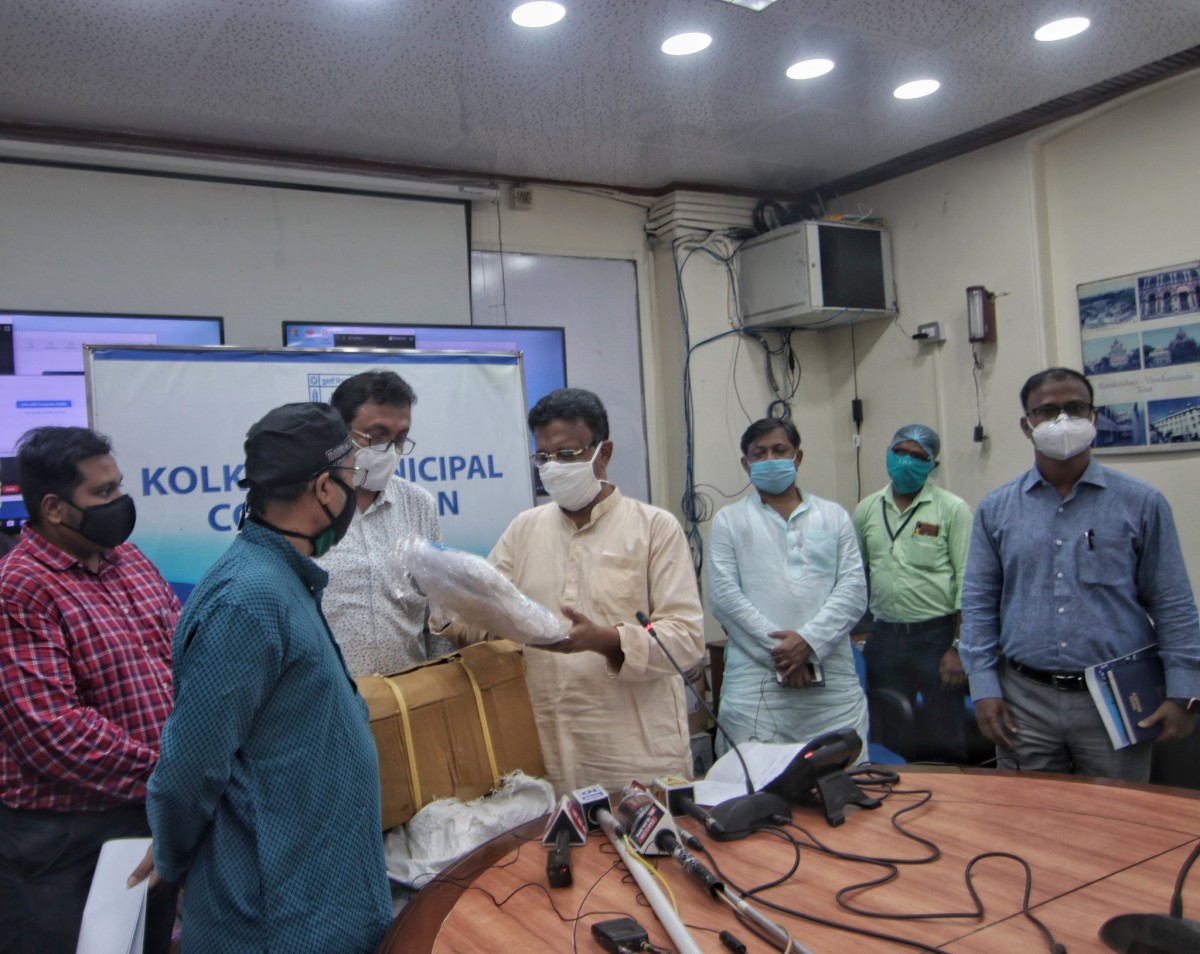 As of now, three FIRs have been filed against Deb, one each at Kasba, New Market and Amherst Street police stations. On Friday, a special investigation team (SIT) was formed to investigate the case.

Opposition party BJP targeted the ruling party for the “vaccine scam” and demanded a CBI probe. “The fake IAS officer organised several camps and brought busloads of people from other areas. How can it be that he was not caught earlier? Was he being shielded by the ruling party? It is a large conspiracy. Only a probe by a large agency like the CBI can unravel the truth,” said BJP MLA Suvendu Adhikari.

“A vaccine syndicate is working in the state. Vaccines sent by the Centre were not properly used by the state government,” said BJP state president and MP Dilip Ghosh.

A public interest litigation was filed at the Calcutta high court on Friday seeking an investigation into the vaccination fraud.