Exclusive: Khel Ratna Award Was Renamed Because of Modi's Tweets – Not 'Public Requests'

The Ministry of Youth Affairs and Sports has said it has no information on public requests – and RTI documents show that the ministry hastily issued a circular on the renaming after Modi's tweet. 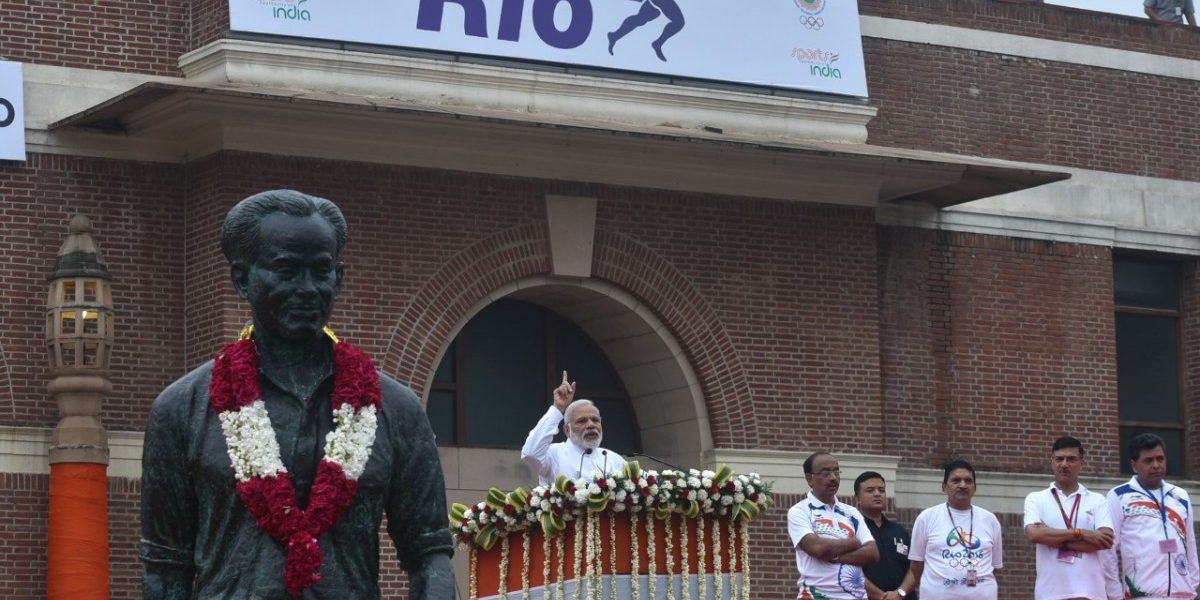 New Delhi: Amidst euphoria over the Indian men’s hockey team’s brilliant performance at the Tokyo Olympics in August this year, the Narendra Modi government decided to rename the Rajiv Gandhi Khel Ratna Award, making it the Major Dhyan Chand Khel Ratna Award. The first person to break the news was none other than the prime minister himself, when he tweeted about it.

I have been getting many requests from citizens across India to name the Khel Ratna Award after Major Dhyan Chand. I thank them for their views.

But the decision soon sparked a row. While some alleged that it was merely a gimmick to insult the Congress and erase its achievements, others welcomed it as a mark of respect for the venerated sportsperson. Questions were also raised on the official renaming procedure that was followed, as well as the basis on which the decision was taken.

Although an existing sporting award is already named after Major Dhyan Chand, Modi claimed in his tweet on August 6 that he has been getting many requests from citizens across India to rename the Khel Ratna Award after the legendary player.

However, the Ministry of Youth Affairs and Sports has failed to furnish any documents containing details of the requests received to change the award’s name that corroborate the prime minister’s claim. In fact, The Wire has discovered, the ministry decided to rename the Rajiv Gandhi Khel Ratna Award only after Modi’s tweet – and a circular was hastily issued by officials.

This information has come to light from documents accessed by The Wire under the Right to Information (RTI) Act of 2005.

The ministry has officially admitted that they do not have any documents regarding requests from the public to rename the award. Any letter addressed to the prime minister is transferred to the concerned ministry or department for disposal, based on its subject matter.

The Wire had filed an RTI application on August 8, 2021 where it sought to know how many such name change requests for the award have been received by the PMO. Copies of these request letters were also sought.

However, Shantha Sharma, undersecretary in the ministry and the central public information officer (CPIO), remarked, “There is no information in this regard.”

In fact, the ministry did not even consult concerned stakeholders before taking the decision, and the award was renamed merely on the basis of the prime minister’s tweet.

In other words, the tweet came first, and the official renaming of the award came later.

The haste with which the prime minister’s tweet was converted into a ‘government decision’ can be gauged from the fact that the file bearing Union minister for youth affairs and sports Anurag Thakur’s stamp of approval has several basic spelling errors and has clearly not been proofread.

The file concerning the matter opens with screenshots of a series of three of the prime minister’s tweets, based on which file notes were prepared for obtaining approval to rename the award.

During the whole exercise, the ministry officials were faced with another dilemma, as an existing award is already named after Major Dhyan Chand. Therefore, it was decided that the other award will also be renamed later.

On August 6, the day Modi posted the tweet, section officer (SP-IV) Surendra wrote while preparing the proposal, “It has been proposed that the Rajiv Gandhi Khel Ratna Award, instituted in 1991-92, will be renamed as Major Dhyan Chand Khel Ratna Award.”

“It is also proposed that since the Major Dhyan Chand Award for Lifetime Achievement in Sports and Games was instituted in 2002, its name should also be changed. A copy of the Hon’ble Prime Minister’s tweet and Khel Ratna Award and Dhyan Chand Award Schemes have been attached with the file. Approval is needed for issuing a circular in this regard.”

Granting approval to the proposal, joint secretary Atul Singh and then secretary of the ministry Ravi Mittal signed the noting. Both the senior officers agreed that the existing Dhyan Chand Award should also be renamed.

Later, Mittal prepared another note to be sent to the sports minister seeking approval to rename both the Rajiv Gandhi Khel Ratna Award as well as the Dhyan Chand Award. In the proposal, three suggestions were offered regarding the Dhyan Chand Award’s new name: to call it either ‘Lifetime Achievement Award in Sports and Games’ or ‘Milkha Singh award for Lifetime Achievement in Sports and Games’, or else decide later.

The Union sports minister, Thakur, granted approval to rename the Rajiv Gandhi Award, but the decision on the Dhyan Chand Award was kept for another day. 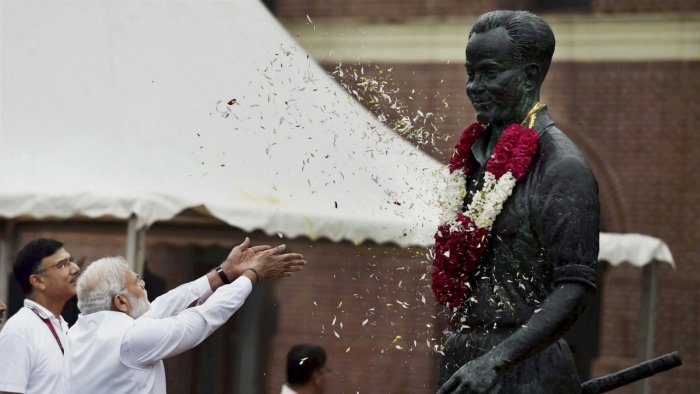 It is clear from the documents that there was no consultation with the concerned stakeholders such as the states or union territories, National Sports Federation of India, Sports Authority of India, Indian Olympic Association, etc. in this regard.

The scheme related to the award was notified about the name change only about a month after the decision.

According to the revised scheme, the objective of the award is to recognise the spectacular and most outstanding performance in the field of sports by a sportsperson over a period of four years. Only one award will be conferred every year, to be given to an individual sportsperson.

A provision has also been made for the Union sports minister to introduce changes or exemptions to the scheme at will.

A three-time Olympic gold medallist, Major Dhyan Chand is considered the country’s greatest hockey player. His birthday, on August 29, is celebrated as the National Sports Day of India. On this day every year, the highest sports honours in the country, the Rajiv Gandhi Khel Ratna, Arjuna, and Dronacharya awards, are distributed.

Amid jubilation over the Indian men’s hockey team’s historic performance at the Tokyo Olympics, people reiterated the demand to confer the Bharat Ratna award posthumously to Major Dhyan Chand. But ignoring this popular demand, the Modi government instead decided to rename the highest honour in sports, the Rajiv Gandhi Khel Ratna Award, even though another award named after Major Dhyan Chand had already been instituted.

The Wire had previously reported how the PMO had refused to make public the documents related to the matter. In a blatant violation of the 2005 RTI Act, the department claimed that the details sought are outside the purview of the definition of ‘information’.

The PMO instead claimed that the details sought by the applicant are ‘roving’ in nature.

Renaming was already being considered

The plan to rename the Khel Ratna award had been under consideration for at least the past two years. The idea was proposed by the committee for review of sports awards and special (cash) award scheme, constituted by the Ministry of Youth Affairs and Sports in February 2019.

According to The Hindu’s report, the committee had noted that “Rajiv Gandhi has not been directly associated with sports, but the award is being given carrying his name for the last 26 years. Bhartiya Khel Ratna would be more appropriate.”

Eventually, it was unanimously decided that “there is no need for changing the names of the schemes of sports awards at this juncture.”

While the Congress welcomed the decision to rename the Khel Ratna Award after Major Dhyan Chand, it objected to renaming the cricket stadium in Ahmedabad after Prime Minister Narendra Modi. It remarked that various stadiums in the country should now be named after sportspersons like P.T. Usha, Milkha Singh, Mary Kom, Abhinav Bindra, Sachin Tendulkar, Pullela Gopichand, Sunil Gavaskar, Kapil Dev, Sania Mirza and Leander Paes.