The NIA will probe the case of smuggling, detected by the customs sleuths, which has also taken a political turn with the Congress and BJP targeting chief minister Pinarayi Vijayan. Thiruvananthapuram/Kochi/New Delhi: The Centre on Thursday allowed the National Investigation Agency (NIA) to investigate the gold smuggling case in Kerala in view of “serious implications for national security” while a foreign consulate’s former employee, suspected to be involved in the racket, moved the state high court for anticipatory bail.

The NIA will probe the case of smuggling, detected by the customs sleuths, which has also taken a political turn with the Indian National Congress and Bharatiya Janata Party targeting chief minister Pinarayi Vijayan after the employee was found to have been working for the state IT department, a portfolio held by Vijayan, and sacked.

The Ministry of Home Affairs ordered the NIA probe a day after Vijayan, facing demands for his resignation, wrote to Prime Minister Narendra Modi seeking his “intervention for an effective investigation” into the seizure of gold worth about Rs 15 crore from a “diplomatic baggage” which arrived at the international airport in Thiruvananthapuram recently.

“The MHA permits the NIA to investigate the Thiruvananthapuram airport gold smuggling case, as the organised smuggling operation may have serious implications for national security,” a home ministry spokesperson said in Delhi.

The gold, weighing over 30 kg, was seized from a bag carrying the name of a diplomatic person that had landed by air cargo at Thiruvananthapuram international airport recently.

The Customs department has said it suspected a smuggling syndicate had misused the name of a person in the United Arab Emirates (UAE) consulate who enjoys diplomatic immunity.

On Thursday, India said it was keeping the UAE embassy informed about the case and that the mission was extending all cooperation to the customs authorities examining it.

“The customs authorities, following established protocol and procedure, have seized a consignment sent from abroad in the name of an official working in the Consulate General of the United Arab Emirates in Thiruvananthapuram,” Ministry of External Affairs spokesperson Anurag Srivastava said at an online media briefing.

The anticipatory bail plea of the employee, on the run since being sacked from contractual service in the state IT department after her name cropped up in the smuggling case, is expected to come up before the high court on Friday.

The employee and an alleged accomplice of her are absconding even as an audio clip in which she purportedly claims innocence surfaced.

In a related legal development, another one of the consulate’s former employees, R. Sarith Kumar, who has been arrested in the case, was produced before the economic offences court in Kochi and sent to the Customs department’s custody for further probe. 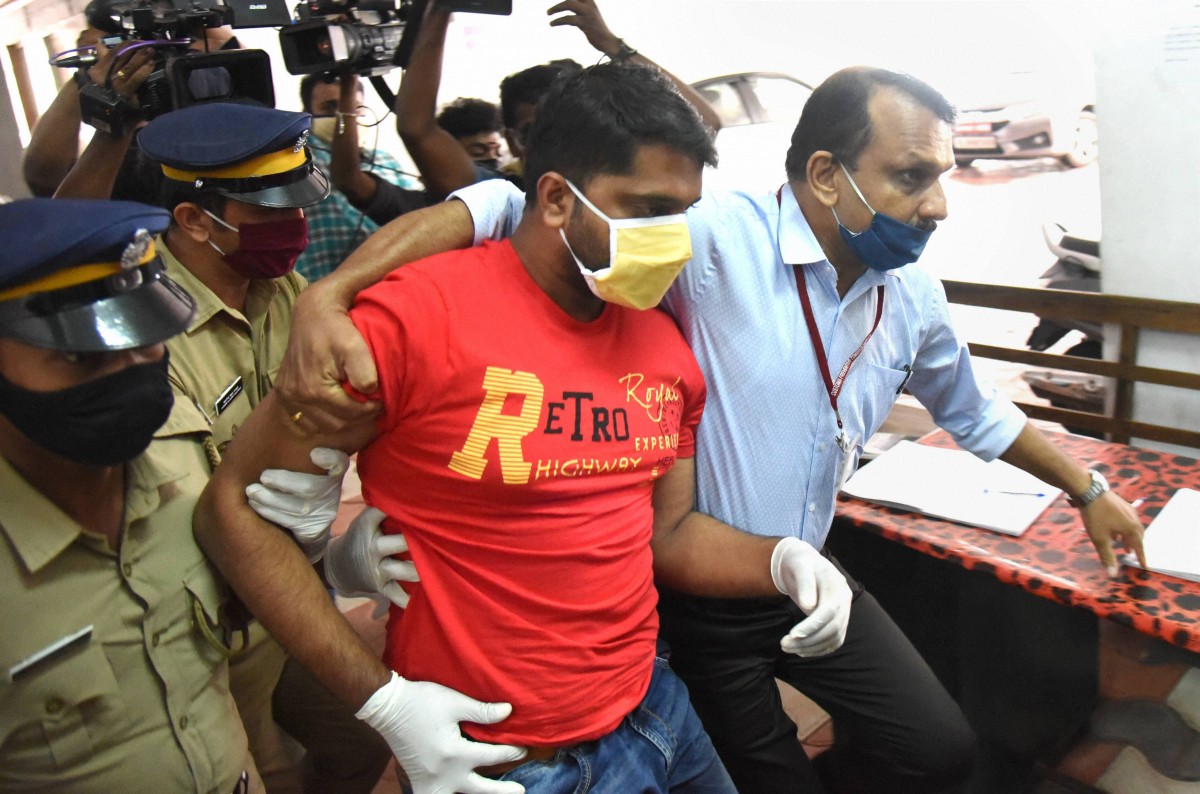 As a political storm erupted over the case, the opposition Congress and BJP in the state stepped up their attack on Vijayan demanding his resignation and a Central Bureau of Investigation (CBI) probe alleging “involvement of his office” in the case.

Congress at the national level also sought a CBI probe.

The state government has removed senior IAS officer M. Sivasankar, who was the secretary to the chief minister and the IT principal secretary, following allegations that he had close links with the suspect in the case. The official has gone on a year’s leave.

Congress chief spokesperson Randeep Surjewala on Thursday demanded a CBI probe into the gold smuggling case, alleging the incident involves people who have access to the highest echelons of the state and the Central governments.

Responding to the queries from the media on the resignation demand, Vijayan asked the opposition to desist from “cheap tactics” and “imaginative stories”.

“Smuggling affects the economy of the nation and the culprits must be brought before the nation. We have offered all assistance to the central agencies if they require any. We need to identify the big fishes behind this criminal act. It’s the centre to decide the investigating agency. Not the state government and they are doing it already,” he said.

Meanwhile, various television channels aired a voice clip in which the wanted employee purportedly claimed she had no role in the smuggling case.

The employee is heard saying that her only involvement in the incident was that she had called a person in the diplomatic cargo section and asked him to clear the cargo.

She claimed the developments in the past few days had brought her family on the verge of suicide.

“I know all political leaders and I have only an official relationship with them” and had invited them for various functions, she said adding she had no connection with the smuggling case.

The director-general of police has directed the police commissioner and inspector general to hand over the footage to Customs, they added.