In letter to Union ministers, the Delhi CM urges a return to pre-2000 mechanism of computation of UT shares and seeks Central grants for Delhi’s local bodies. 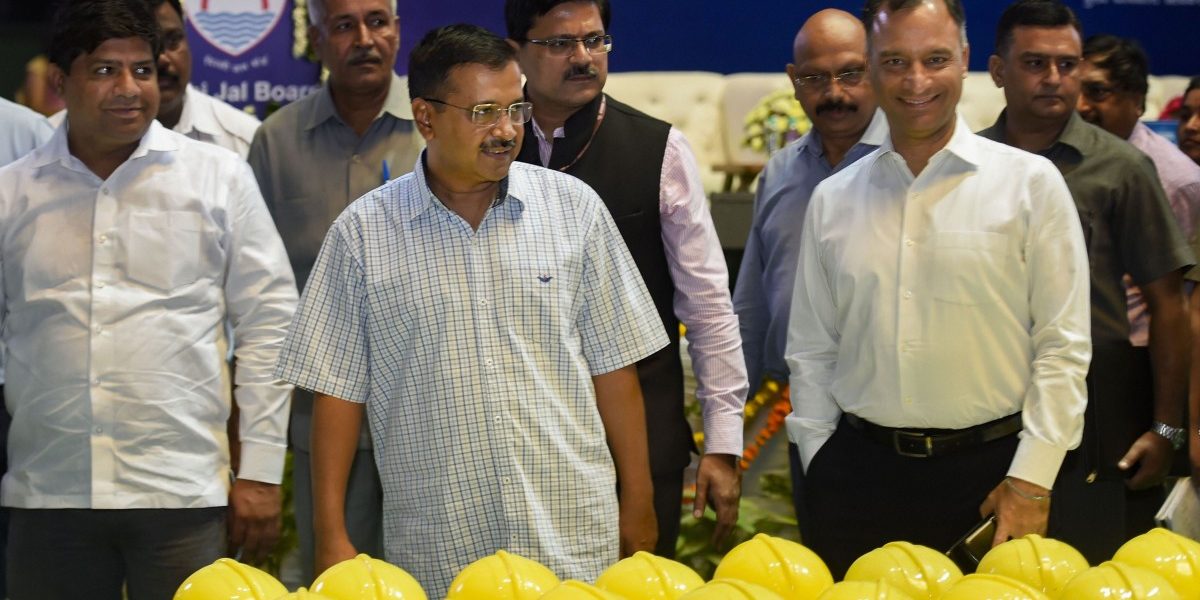 New Delhi: Delhi chief minister Arvind Kejriwal has in a letter to Union ministers Amit Shah and Nirmala Sitharaman pointed out an “inadvertent omission” of erstwhile Article 270(3) of the Constitution of India, under which the share of the net proceeds of income tax “attributable to the Union Territories” had to be prescribed. Due to this, he said, Delhi has been losing its “legitimate share” in Central taxes of nearly Rs 6,500 crore annually.

Stating that the omission took place when the Constitution (Eightieth Amendment) Act, 2000 was passed by parliament, Kejriwal has urged the Union home and finance ministers to rectify the anomaly so that Delhi gets its share.

In the letter, the Delhi CM noted that the Union Territory had a separate Consolidated Fund from December 1993. Thereafter, he said, the pattern of funding of Delhi’s budget changed from the year 1994-95 and came at par with other states.

“Till the year 2000,” Kejriwal wrote, “under the provisions of article 280(3)(a) read with the article 270 of the Constitution, the task of the Union Finance Commission with respect to income tax was to make recommendations in regard to three matters — the percentage of the “net distributable proceeds” which shall represent the proceeds attributable to the Union Territories; the percentage of the divisible pool of the “net proceeds” of income tax to be assigned to the States; and the share of each State in the divisible pool.”

Accordingly, he said, all the Union finance commissions till the Tenth Finance Commission gave recommendations for resource sharing not only between the states and the Union but also for the Union Territories, including Delhi. However, Kejriwal, who is a former Indian Revenue Service officer, pointed out in the year 2000, the Constitution (Eightieth Amendment) Act, 2000 was passed by the parliament for including corporation tax along with personal income tax in resource sharing between the states and Union of India.

The amended Act replaced Article 270 with a new set of provisions. In the new Article 270, the erstwhile article 270(3), which had the enabling provision for the Finance Commissions to give recommendations in respect of Union Territories, was omitted.

This omission, Kejriwal wrote, “appears to be an inadvertent error on the part of the Law Department, since the Statement of Objects and Reasons appended to the Constitution (Eighty-Ninth Amendment) Bill, 2000 does not mention a word about proposal to leave the Union Territories out of the ambit of the Finance Commissions. Even the debates in the Parliament on this Bill did not make any mention about deletion of Article 270(3).”

The “omission” of Article 270(3), the chief minister said, “resulted in an anomaly” which adversely affected Delhi’s finances. “The transfer of grants in lieu of share in Central taxes has remained stagnant at Rs. 325.00 crore per annum since the year 2000 which happened to be the last year of the duration of the Tenth Finance Commission,” Kejriwal pointed out.

He added that leaving Union Territories out of the ambit of Finance Commissions has only affected those with legislatures – like Delhi – since the budget of the other UTs is entirely met from the Consolidated Fund of India.

Referring to how various committees had proposed transfer of grants to UTs with legislatures in lieu of share in Central taxes, Kejriwal has written that as “one of the fastest growing metropolises”, the claims on Delhi’s resources are immense and varied. To maintain infrastructure that meets world standards, he said, the Delhi government is required to improve supply of civic amenities and large investments in education, health, social sector, food security, transport and roads.

However, the CM wrote that due to the omission of the Article 270(3), Delhi has been losing out on a “legitimate Share in Central taxes of at least Rs. 6,500 crore per annum with an appropriate annual enhancement, like other States, to finance the development needs.”

Kejriwal also wrote that Delhi has five urban local bodies, but they are not given the “basic and performance grants” as those in other states get. “The three municipal corporations of Delhi are under financial crunch and merit the same consideration from the Central government.”

Stating that his government “devolves funds to the local bodies, @12.5% of its net tax proceeds on the basis of recommendations of the Delhi Finance Commission,” he urged the Centre to also fund them.

“The Fourteenth Finance Commission allocated grant-in-aid of Rs. 2,87,436 crore for the local bodies for the award period 2015-2020 which works out to Rs. 488 per capita per annum,” he wrote, adding that by that ratio, “Delhi with population of 193.86 lakh should be provided at least Rs. 1150.00 crore with an appropriate annual enhancement as grant to local bodies.”