'Kejriwal Has No Competence to Speak on COVID Variants': MEA After CM's Singapore Tweet 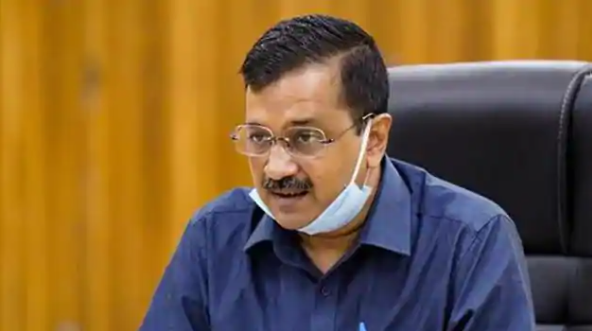 New Delhi: Singapore on Tuesday dismissed media reports quoting Delhi chief minister Arvind Kejriwal that a “very dangerous” strain of the coronavirus was prevalent in the city state, saying there is no truth whatsoever in such assertions.

According to NDTV, Singapore also summoned the Indian envoy to convey “strong objection” to Kejriwal’s statement. The envoy reportedly responded that the Delhi chief minister “had no competence” to talk about COVID-19 variants.

External affairs minister S. Jaishankar also took to Twitter to say that the Delhi chief minister does not speak for India.

However, irresponsible comments from those who should know better can damage long-standing partnerships.

So, let me clarify- Delhi CM does not speak for India.

Taking to Twitter, Kejriwal on Tuesday said the new strain of coronavirus could affect India in the form of a third wave.

“The new form of coronavirus in Singapore is said to be very dangerous for children. It could reach Delhi in the form of a third wave. My appeal to the Central government: 1. Cancel all air services with Singapore with immediate effect 2. Work on vaccine alternatives for children on a priority basis,” the Delhi chief minister said in a tweet in Hindi on Tuesday.

Responding to Kejriwal’s tweet, Singapore’s health ministry said: “There is no truth whatsoever in the assertions found within the reports. There is no Singapore variant. The strain that is prevalent in many of the COVID-19 cases in recent weeks is the B.1.617.2 variant, which originated in India. Phylogenetic testing has shown this B.1.617.2 variant to be associated with several clusters in Singapore.”

Responding to the chief minister’s appeal, India’s aviation Minister Hardeep Singh Puri said only a few flights are being operated between the two countries under the government’s Vande Bharat Mission to bring stranded Indians back, and added that “all precautions are being taken”. The aviation minister replied to the Delhi chief minister’s tweet, saying, “Kejriwal ji, all international flights have been stopped since March 2020. We have no air bubble with Singapore either.”