However, the court also said that the constitutional scheme was prima facie tilted in favour of the lieutenant governor in the union territory of Delhi. 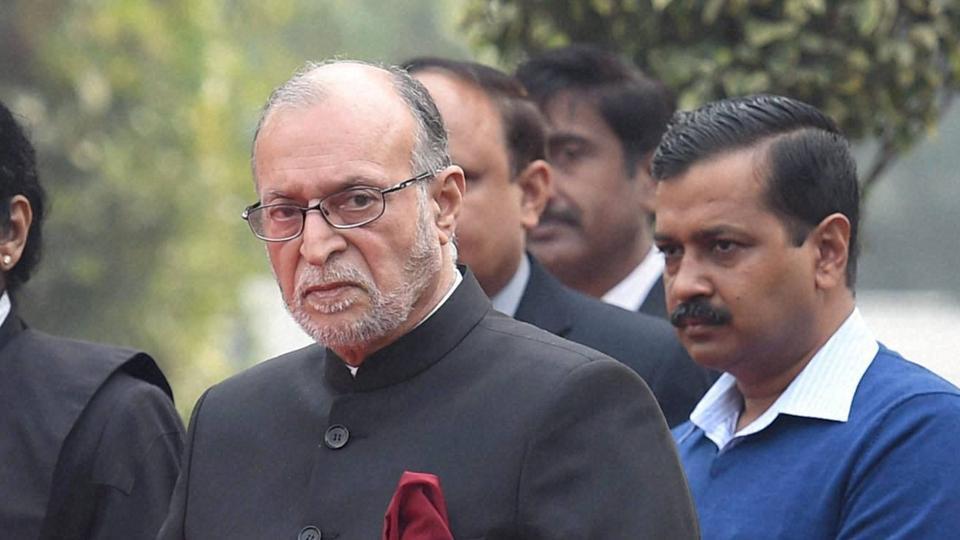 New Delhi: The Supreme Court on Thursday (November 2) observed that the constitutional scheme was prima facie tilted in favour of the lieutenant governor in the union territory of Delhi. The five-judge bench however emphasised that the top official cannot “sit on files” for an unreasonable amount of time. He must refer matters where he disagrees with the state government to the president, said the court.

The bench of Chief Justice Dipak Misra and Justices A.K. Sikri, A.M. Khanwilkar, D.Y. Chandrachud and Ashok Bhushan also said that if there is a delay in clearing files, the LG must provide a reason for it.

“Article 239AA (of the Constitution) is unique to Delhi. Prima facie it appears that it gives more power to Lieutenant Governor unlike other Union Territories. LG in Delhi has the primacy under the Constitution,” NDTV quoted the bench as saying.

Justice Chandrachud, responding to the government’s complaint on held-up files, was quoted by Outlook as saying, “LG must give reasons for his decisions, which should be taken within reasonable time.”

Senior advocate Gopal Subramaniam, who appeared for the Delhi government, said that “an elected government cannot be without any power”. “More than 1.14 lakh vacancies are there, but I cannot fill it up and have to seek LG’s permission. I can’t take steps to stop deaths in sewers. This is hampering governance,” he had said.

The Delhi government has appealed in the Supreme Court against a Delhi high court order from August 4, 2016, which said that the LG is the administrative head of Delhi. “The Delhi high court actually said this LG has special powers greater than the president, greater than other governors of states,” Subramaniam said.

Writing on the high court’s judgment in The Wire, Prem Shankar Jha had said:

If the spirit of the Constitution and of democracy are respected, the Lt Governor of Delhi, or Puducherry should only have the power to refer disagreements between him and the chief minister to the President, as the 69th amendment permits him to do. Maybe that is what Governor Jung did initially. And maybe the central government is using him as a shield from behind which to destroy the AAP government. But if that is so, then Jung should never have lent himself to this ignoble purpose. For whichever way one looks at it, what is happening is a murder of democracy to which the Delhi high court has now unwittingly become a party.

Addressing party volunteers at AAP’s national council meeting, Delhi chief minister Arvind Kejriwal said if the Delhi government gets back the control of the anti-corruption branch (ACB), it will show the same charisma the 49-day AAP dispensation had displayed, referring to the time he governed Delhi between December 2013 to February 2014.

“The Supreme Court is hearing the case. God is with us,” he said, adding that something positive will come out of the case.

The apex court on Thursday commenced a crucial hearing to determine whether the elected government or the lieutenant governor enjoys supremacy in administering the union territory of Delhi, observing that the constitutional scheme was prima facie tilted in favour of LG.

The court said that Article 239AA of the constitution is unique with respect to Delhi and prima facie it appears that the LG is given more powers here, unlike in the other union territories.

In a tempered attack on the Centre, Kejriwal accused it of playing “dirty politics” and not allowing the Delhi government to perform as he sought to draw a parallel between the two governments.

Without naming Prime Minister Narendra Modi, Kejriwal claimed that the BJP government at the Centre had failed on every front and all sections of the society – the youth, farmers, businessmen, minorities, Dalits are unhappy with it. In comparison, everyone is happy with the AAP government, as it has catered to every section of society, he claimed.

“After being in power for two and half years, I can say this with confidence that a lot can be done, but their (the Centre’s) intentions are bad,” he said, adding that crucial legislations like the Janlokpal Bill and Swaraj Bill are stuck with the Centre.

Kejriwal has alleged several times in the past that the Centre’s is blocking the Delhi government’s work, using the LG. In October this year, while attacking the Modi government for alleged interference in the union territory’s affairs, he said, “I am the elected chief minister of Delhi and I am not a terrorist”.